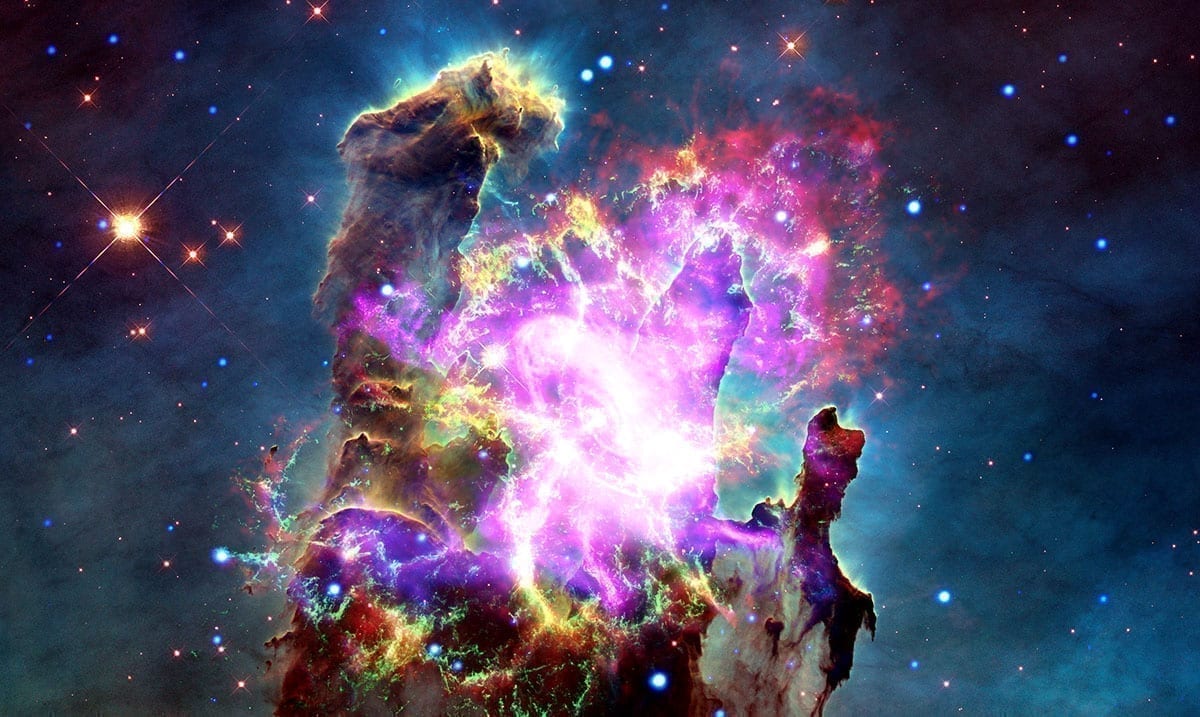 Mysterious Objects Found In Deep Space Like Nothing Ever Seen

By Gerald SinclairJuly 10, 2020No Comments

It seems astronomers have noticed something quite interesting out there somewhere in space as four distant objects were ‘found.’ These objects which we do not know much about just yet could really be anything and they’re unique in some interesting ways.

A paper was published on these objects under the title ‘Unexpected Circular Radio Objects at High Galactic Latitude’ and in it, a lot is covered. While these findings to some might not sound like a lot, because these objects are like nothing else ever found, we’re still very much in the dark on them. They were unexpected and it seems they look like ring-shaped islands of sorts according to Live Science. While they’re being referred to as ‘odd radio circles,’ we don’t even know how far away they are.

The abstract on this study goes as follows:

We have found an unexpected class of astronomical objects which have not previously been reported, in the Evolutionary Map of the Universe Pilot survey, using the Australian Square Kilometre Array Pathfinder telescope. The objects appear in radio images as circular edge-brightened discs about one arcmin diameter, and do not seem to correspond to any known type of object. We speculate that they may represent a spherical shock wave from an extra-galactic transient event, or the outflow, or a remnant, from a radio galaxy viewed end-on.

These ORCs were initially spotted in late 2019 but are only recently coming out to the public with the publishing of this paper. These strange circles are only visible in radio wavelengths and are not detectible with things like X-ray or infrared wavelengths. As researchers explore different possibilities things don’t seem to be panning out.

Those working on this wrote as follows within the paper itself:

We have discovered, to the best of our knowledge, a new class of radio-astronomical object, consisting of a circular disc, which in some cases is limb-brightened, and sometimes contains a galaxy at its centre. None of the known types of radio object seems able to explain it. For example, if the ORCs are SNRs, which they strongly resemble, then this implies a population of SNRs in the Galaxy some 50 times larger than the currently accepted figure, or else a new class of SNR which has not previously been reported.

We therefore consider it likely that the ORCs represent a new type of object found in radioastronomy images. The edge-brightening in some ORCs suggests that this circular image may represent a spherical object, which in turn suggests a spherical wave from some transient event. Several such classes of transient events, capable of producing a spherical shock wave, have recently been discovered, such as fast radio bursts 46, gamma-ray bursts47, and neutron star mergers48 . However, because of the large angular size of the ORCs, any such transients would have taken place in the distant past.

It is also possible that the ORCs represent a new category of a known phenomenon, such as the jets of a radio galaxy or blazar when seen end-on, down the “barrel” of the jet. Alternatively, they may represent some remnant of a previous outflow froma. radio galaxy. However, no existing observations of this phenomenon closely resemble the ORCs in features such as the edge-brightening or the absence of a visual blazar or radio galaxy at the centre.

We also acknowledge the possibility that the ORCs may represent more than one phenomenon, and that they have been discovered simultaneously because they match the spatial frequency characteristics of the ASKAP observations, which occupy a part of the observational parameter space which has hitherto been poorly studied.

What do you think about all of this? Do you have any ideas about what these strange things might end up being? I for one don’t know where to begin.