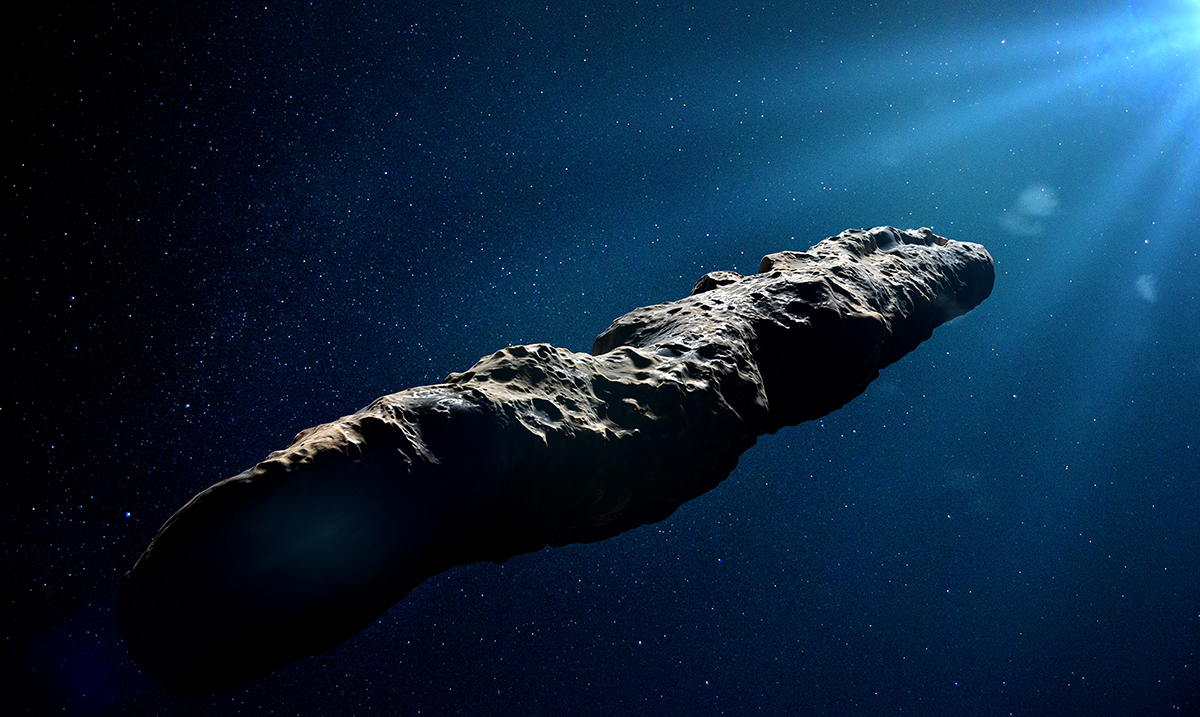 While Oumuamua has been a mystery to us all for a while now, we may now know more about it. There are still many unanswered questions, but we’re getting somewhere, or at least that’s how it seems.

This interesting interstellar object was first discovered in 2017 and ever since we’ve been trying to learn more about it but that in itself hasn’t been easy. While this object is comet-like it is still quite odd in a lot of ways. That being said, research as of late has explained more than most could ever imagine.

Phys.org wrote as follows on this:

Two Arizona State University astrophysicists, Steven Desch and Alan Jackson of the School of Earth and Space Exploration, set out to explain the odd features of ‘Oumuamua and have determined that it is likely a piece of a Pluto-like planet from another solar system. Their findings have been recently published in a pair of papers in the AGU Journal of Geophysical Research: Planets.

“In many ways ‘Oumuamua resembled a comet, but it was peculiar enough in several ways that mystery surrounded its nature, and speculation ran rampant about what it was,” said Desch, who is a professor in the School of Earth and Space Exploration.

From observations of the object, Desch and Jackson determined several characteristics of the object that differed from what would be expected from a comet.

In terms of speed, the object entered the solar system at a velocity a bit lower than would be expected, indicating that it had not been traveling in interstellar space for more than a billion years or so. In terms of size, its pancake shape was also more flattened than any other known solar system object.

They also observed that while the object acquired a slight push away from the sun (a “rocket effect” common in comets as sunlight vaporizes the ices they are made of), the push was stronger than could be accounted for. Finally, the object lacked a detectable escaping gas, which is usually depicted visibly by a comet’s tail. In all, the object was very much like a comet, but unlike any comet that had ever been observed in the solar system.

Desch and Jackson then hypothesized that the object was made of different ices and they calculated how quickly these ices would sublimate (passing from a solid to a gas) as ‘Oumuamua passed by the sun. From there, they calculated the rocket effect, the object’s mass and shape, and the reflectivity of the ices.

“That was an exciting moment for us,” Desch said. “We realized that a chunk of ice would be much more reflective than people were assuming, which meant it could be smaller. The same rocket effect would then give ‘Oumuamua a bigger push, bigger than comets usually experience.”

Basically through their research, these scientists were able to note that Oumuamua may somehow be a chunk of an exoplanet. This meaning it’s not necessarily a comet or an asteroid like previously thought. While more information is needed, this could be a step in the right direction depending on how things play out in the future.

What do you think about all of this? I, for one, cannot wait to see what more we can uncover about Oumuamua. This in itself could end up being quite mind-blowing in a lot of ways.