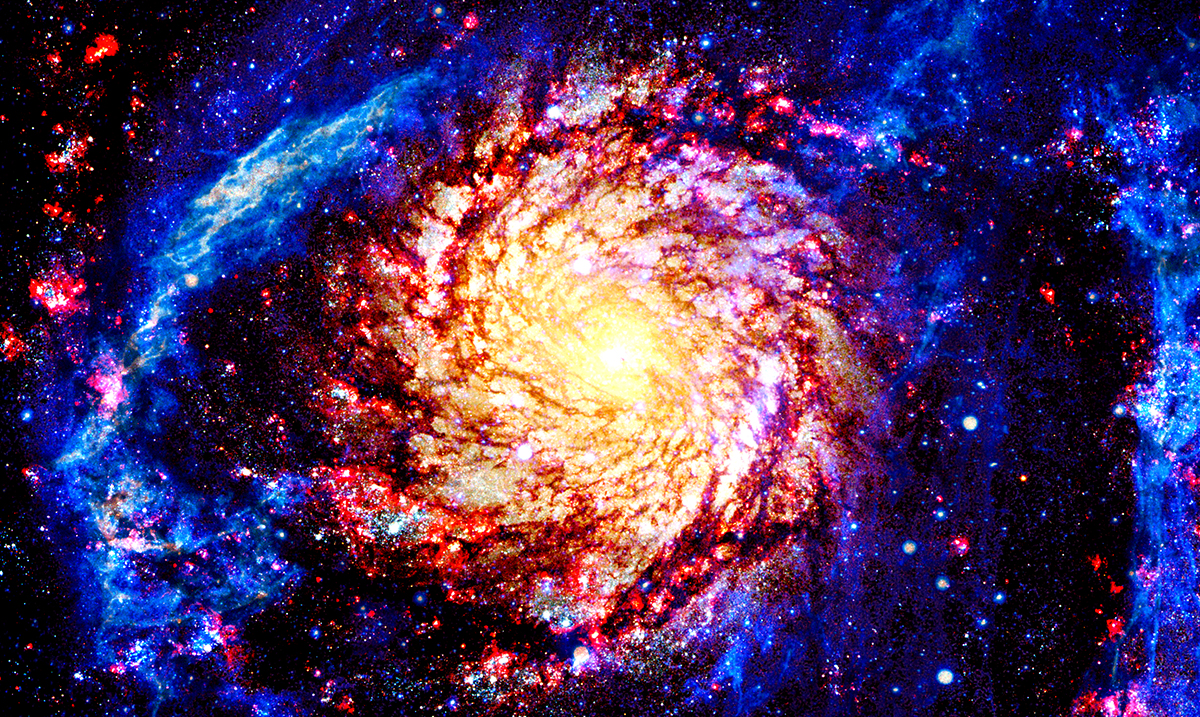 By Gerald Sinclair October 22, 2019 No Comments

While we have known about the cosmic web for many years now, it is not something we’ve ever been able to detect until now. This mysterious web is something that links galaxies with one another and was finally something we were able to observe.

For anyone who might be confused this webbing is something that probably stemmed from after the Big Bang. When the hydrogen gas that makes up most of what we know as the universe now collapsed to form enormous sheets which from there broke apart. According to Space.com, these sheets that broke apart are what make up the filaments of this huge and seemingly neverending cosmic web we note today in recent times.

Hideki Umehata an astronomer at the RIKEN Cluster for Pioneering Research in Saitama Japan noted as follows when speaking to those from Space.com:

“I originally did not expect to see such cosmic web filaments … they were thought to be much fainter and very hard to see.”

“The main obstacle to seeing the filaments is their faintness,”

“To circumvent this, one can turn to a region where the filaments are much brighter than the usual case. In this work, we focus on a core of the protocluster where a number of star-bursting galaxies illuminate the filaments.”

“These gaseous structures were predicted for years theoretically, but astronomers have struggled to map them directly.”

“Our work shows that mapping cosmic web filaments are now possible, which means that we have obtained a novel tool to understand the formation of galaxies and supermassive black holes.”

The research this man and his team are doing can and will help us to understand our galaxy as well as others. While these filaments are the largest structures in the universe they are also extremely hard to see. Now that we are capable of seeing them we are also capable of working to better understand how our universe evolved throughout the years and perhaps what the future could hold.

The Guardian reported as follows on the topic:

The observations of the cosmic web bolster the so-called cold dark matter theory of galaxy formation. This suggests that hydrogen gas created in the big bang collapses first into sheets and then into filaments strung out across space. In places where filaments cross or are clustered together, galaxies form and the filaments continue to fuel the growth of galaxies by feeding them a steady stream of gas.

In line with this theory, the latest observations reveal that the intersection between enormous filaments was home to active galactic centers, containing supermassive black holes and “starbursting” galaxies that have very active star formation.

Findings regarding the visibility of these cosmic webs have been published in the journal Science under the title ‘Gas filaments of the cosmic web located around active galaxies in a protocluster.’ While we will need to work with this kind of thing a lot more to really grasp what we’re touching on, it is a huge feat nonetheless.

The abstract for the findings mentioned above go as follows:

Cosmological simulations predict that the Universe contains a network of intergalactic gas filaments, within which galaxies form and evolve. However, the faintness of any emission from these filaments has limited tests of this prediction. We report the detection of rest-frame ultraviolet Lyman-α radiation from multiple filaments extending more than one megaparsec between galaxies within the SSA22 protocluster at a redshift of 3.1. Intense star formation and supermassive black-hole activity is occurring within the galaxies embedded in these structures, which are the likely sources of the elevated ionizing radiation powering the observed Lyman-α emission. Our observations map the gas in filamentary structures of the type thought to fuel the growth of galaxies and black holes in massive protoclusters.

To learn more about this cosmic web and what it consists of please check out the video below. Have you ever looked into anything like this before or is this completely blowing your mind? I for one am quite excited to see just how far we get in regards.