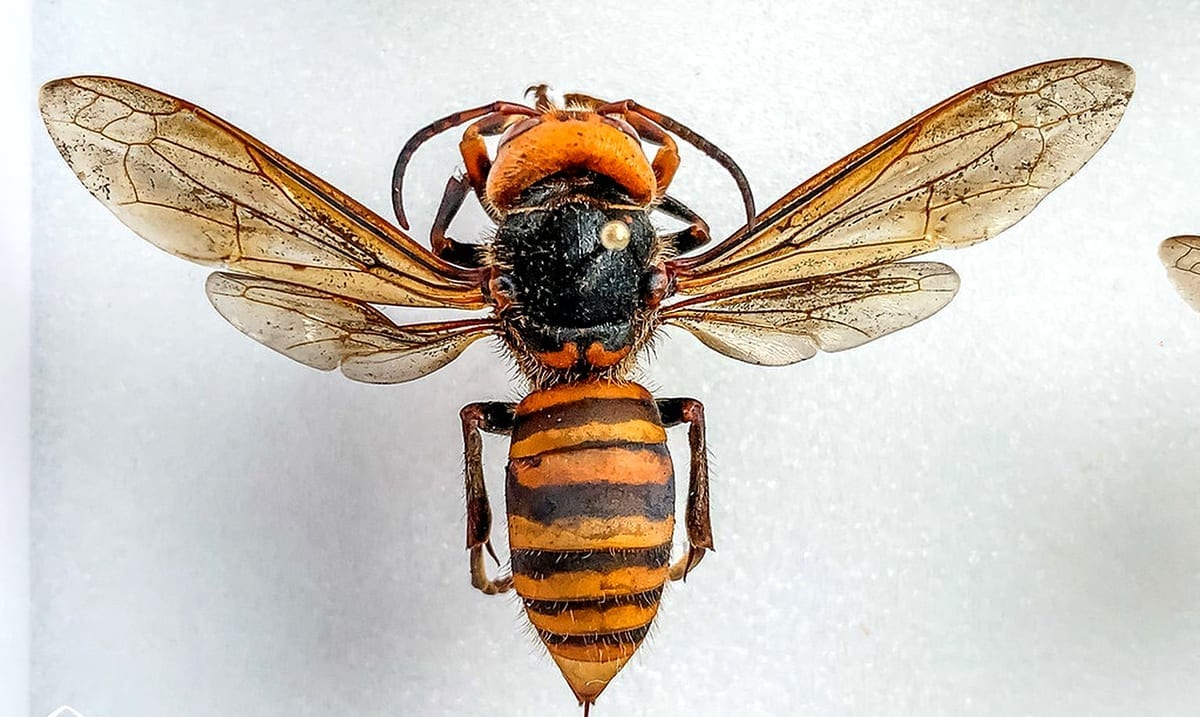 Murder Hornets Have Made Their Way To The US

By Gerald SinclairMay 6, 2020No Comments

Sure, so far 2020 has been one big dumpster fire but it seems that fire has not yet burned out. As the months go by more and more seems to pile on.

In recent times we have become aware that there are now something called ‘murder hornets’ here in the US. Not only are they dangerous and potentially deadly but they could also destroy the honeybee population. These hornets are about two whole inches long and have been known to according to CBS News kill up to 50 people a year in Japan.

More commonly known as ‘Asian Giant Hornets’ these guys are huge, scary, and almost look unreal. It seems they were first verified in Washington back in December when they were sighted several different times and reported to the Washington State Department of Agriculture. These specific hornets, however, are most dangerous from ‘late summer to early fall, when they ravage through honey bee populations.’

CBS News reported as follows on the threat they pose to honeybees:

WSU researchers said the hornets attack the beehives, decapitating and killing the adults and eating the larvae and pupae. Just a few of the hornets can completely destroy a hive in a matter of hours.

WSDA says on their website that the hornets do not typically go after humans, but if they do, not even beekeeping suits can protect against the hornets’ stingers, which are longer and more dangerous than a bee’s.

It has been said that the sting of this specific kind of hornet is especially painful and when allergic or if stung multiple times can be life-threatening. As you can see in the photograph below, these hornets look like something from a horror film and are a pretty decent size compared to others. They are bright orange and black in color which stands out as well.

As we move into their most ‘dangerous’ season we are about to see just how much damage they do to our honeybees and we can only hope there are not many here and that those working to trap them are able to get plenty of them trapped up and on their way. While as noted above these guys don’t usually go after humans but that isn’t to say that you won’t be stung. Sometimes they do go after humans or we end up in the wrong place at the wrong time and while painful in most cases one sting won’t be enough to kill.

Considering how quick these hornets are they are able to get quite far and cover a lot of land in a small period. In the coming months perhaps we will succeed in eradicating this invasive species, I guess only time will tell. Regardless their presence should be noted.