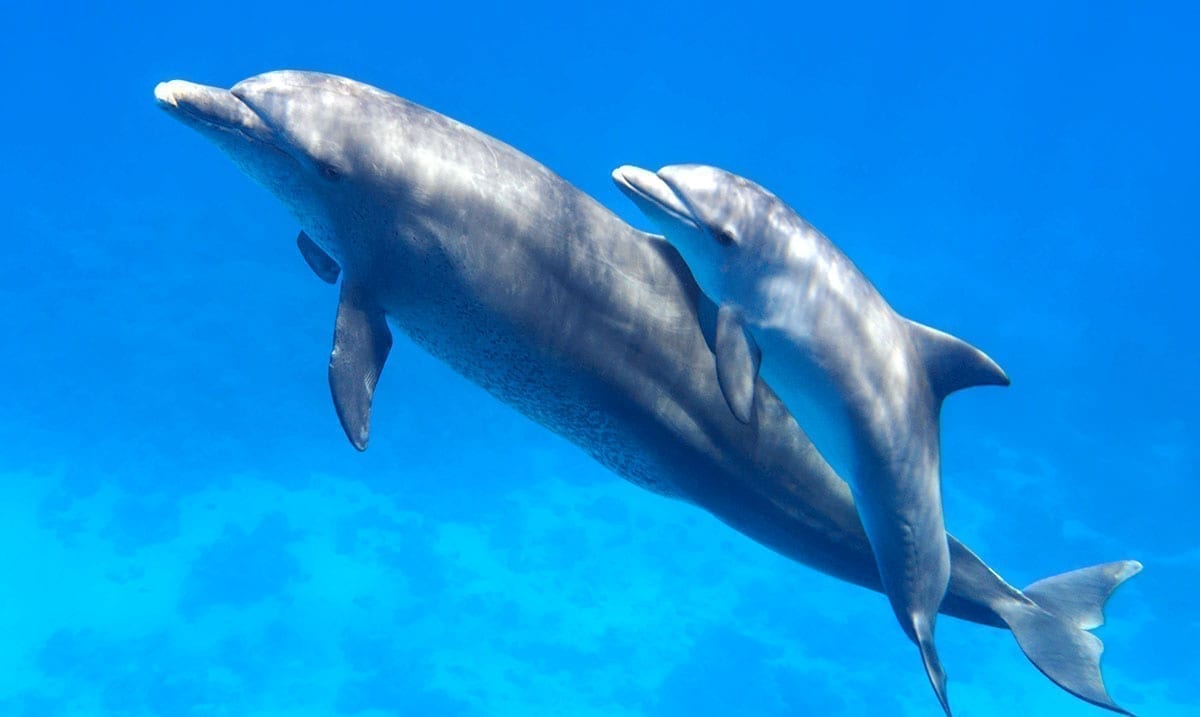 Dolphins are some of the most amazing animals there are. While it might be older information after learning that they sing to their unborn calves I’ve fallen in love with them even more.

Research from back in 2016 actually suggests that when dolphins are carrying baby dolphins in their wombs they sing to them just as we humans do our babies within our bodies. Basically this through coming up with a ‘signature whistle’ that they seemingly teach their offspring before and after birth.

All of this was reported by Live Science and really shows how caring these creatures are for their babies. You see, dolphins can come up with these signature whistles and it in many ways it is thought teaching these to their young is part of their imprinting process. Audra Ames from the University of Southern Mississippi told Live Science that mother dolphins begin using their signature whistle more than usual before their baby is born and then from there continue using it a lot the two weeks after their baby is born. This helping them recognize their mother’s whistle and helping them to develop their own as they progress forth.

All of this information was noted at an annual meeting of the American Psychology Association and well, the more you learn about it the more fascinating it truly is. Ames also told Live Science that it seems other dolphins seem to be a little less vocal during this period as they may be working to help allow the calf to imprint on its mother’s whistle properly and not to interfere. I know, this might sound a bit odd but it’s truly amazing for a lot of reasons.

Live Science wrote as follows on all of this:

Earlier studies had shown that mother dolphins start whistling their signature whistle much more in the days before birth, and then in the calf’s first two weeks of life, Ames told Live Science. There are multiple theories about why, including that perhaps moms are trying to get babies to develop their own signature sound.

But no one had studied signature-whistle rates not only before and after birth, but also in the same dolphin mother, Ames said. She and her colleagues had the opportunity to do that in late 2012 and early 2014, when a baby dolphin named Mira was born to a 9-year-old mother at Six Flags Discovery Kingdom in Vallejo, California.

The researchers captured a total of 80 hours of recordings from the two months before and the two months after the dolphin’s birth. They recorded the mom and the calf as well as the five dolphins housed with them. It was important to capture the noises of the mother’s peers to understand whether the communication was exclusive to the mother-baby pair, Ames said.

The recordings showed that the increased signature-whistle production was, in fact, the purview of the mother dolphin. She began increasing her signature whistle two weeks before the birth, possibly starting the learning process while her calf was still in utero.