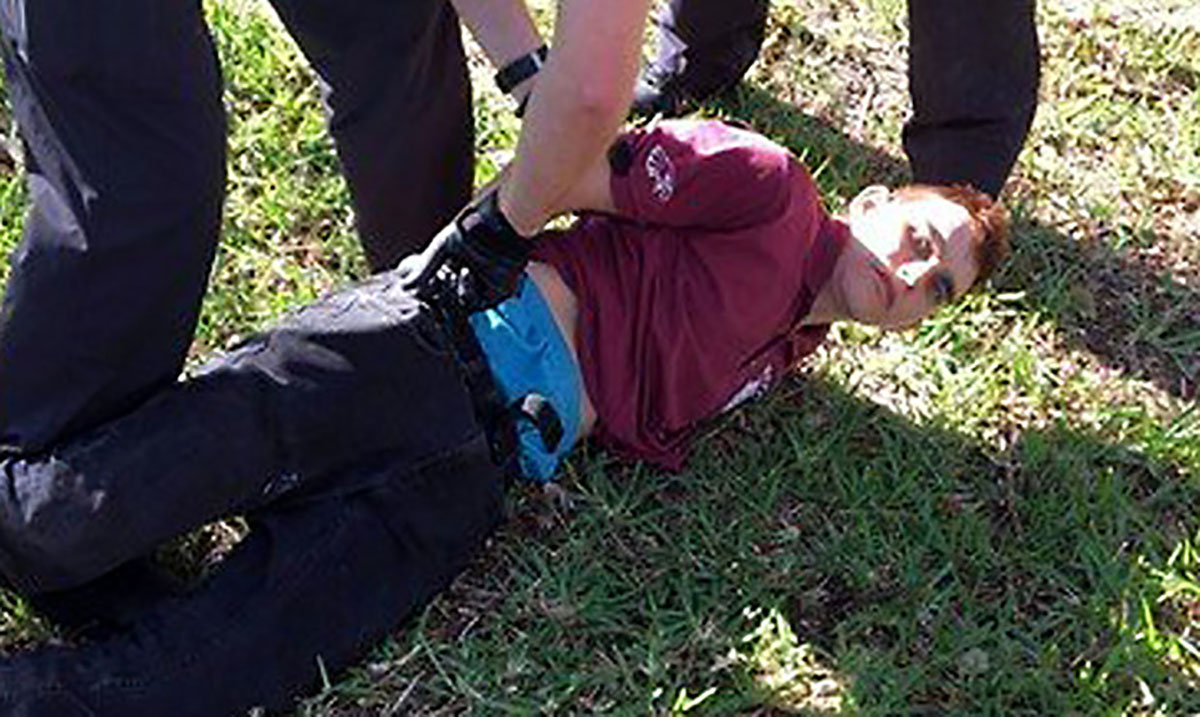 Sure, we all hear about mass shootings when they happen but just a couple months later no one wants to talk about them. We refuse to take into consideration the things that might drive them and ignore the signs allowing it to happen time and time again.

Chances are you’ve heard lots of people talk about mental illness, gun laws, crisis actors and so forth in regards but what do all of these mass shooters really have in common? Sure, they were able to obtain weapons easily and they were not right in their minds but it goes much deeper than that.

Here in the US we are conditioned to be patriotic, which in most cases isn’t a bad thing but have you ever noticed how many of those who were mass shooters wanted to be in the military or were in the military? Just about all of them fit into this box. I believe this is because here in the US we glorify violence as the answer to most things. We pretend it is a way to show strength but realistically speaking it is the opposite.

While not all soldiers are inclined to do things like this, many from a young age think violence is okay. Another quite interesting thing they also have in common is that they are just about all men. Chances are you’ve never stopped to think about that one.

We even build more on this violence as we tear one another apart hoping to change things by obsessing over the wrong directions. When you really look at things from an outside perspective they begin to show quite clearly where these issues lie. Eric Frein came from a military family and was rejected by the Marines, Chris Dorner was a marine, Micah Javier Johnson was a member of the Army Reserves and so forth. The list goes on and on, Nikolas Cruz himself was even wearing his JROTC shirt when he slaughtered all of those children.

The military in itself is a very violent institute. Yes, we do need the military and those who have served have done a great duty to us all but we should not be as open to violence as we are in this day and age because of such. We are quick to assume that going into other countries and slaughtering the ‘bad guys’ is the answer even when we hurt innocent in the process. We see so much violence in the media and on television, in general, these days that its influence is unavoidable.

I recently came across an article written on the website ‘the Fifth Column News’ and it got me thinking about all of this big time. It was written by Justin King and goes over just how normal ‘school shootings’ are these days.

Some of what he wrote goes as follows:

Look, gentle American, the United States is the embodiment of violence. In your mind, run through the average teenaged boy’s day. His alarm wakes him up and music blasts from the speakers. It doesn’t matter if it’s rock or country, the theme of violence is there. Whether the music places him rallying around the family with a pocket full of shells or he’s got a shotgun, rifle, and four-wheel drive, an American boy will survive. But will he?

He turns on the TV. It’s laden with violence. He hops on Instagram, older men he looks up to are posing with their weapons trying their best to look like killers. Bored with that, he switches over to Twitter where he finds people discussing whether it’s ok to run people over with their cars for blocking a road during a protest over another unarmed person getting spattered by a cop, who is deemed a hero. People bring up the fact the deceased had too many tickets and how he should’ve just done what the man with the gun said. What’s the takeaway? Everybody has it coming, killing people over minor inconveniences is ok, and a man with a gun is unquestionable.

He goes to school, and a teacher assaults a student for not standing up for the pledge (Google it.) He remembers dad saying how he’d beat someone for burning a flag. That’s right. Violence is justified for insulting an inanimate object. It’s America, violence is always justified.

Sure, you may not agree with his whole posting but many points are made throughout. It is hard to accept but outlines how hard it is to grow up without violence in this world we call home. We glorify war and damn anyone who is different. We allow the idea of killing to become far too easy to stomach. If interested, you can read his whole post by clicking here.

There are issues that make mass shootings ingrained into our country itself. We as a whole need to begin to support one another more and learn how to make this world a less violent place. I know it is easier said than done but it can be done.