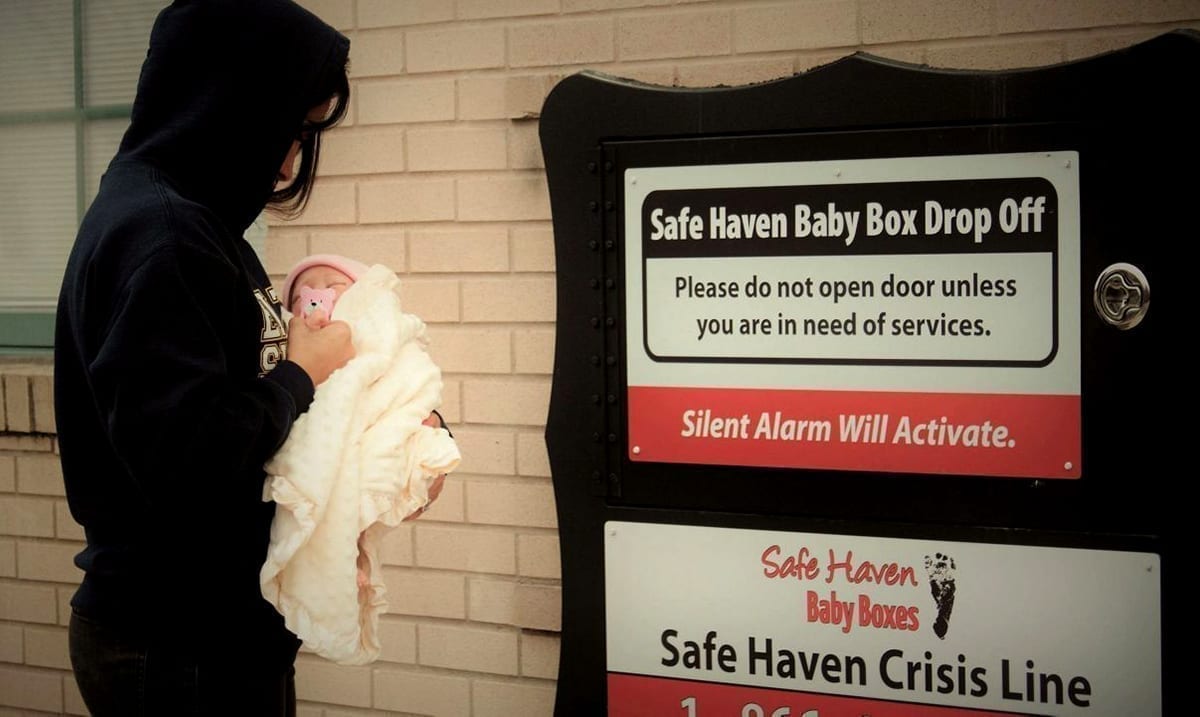 More Parents Are Putting Their Babies In These ‘Baby Mailboxes’

By Gerald SinclairFebruary 7, 2021No Comments

While the concept might sound a bit sad overall, these ‘baby’ drop boxes are a wonderful thing and in the long-run are saving lives when you really think about it. They are used in several countries and provide those who cannot care for their babies with a simple way to get them to the people who will make sure they are in good hands.

For years now we’ve been hearing about these ‘boxes’ and they’re not as cruel as they sound. They are on the sides of places like fire stations and according to BBC resemble some kind of postal hatch big enough to fit a baby inside. in safe haven places, it gives those who want to remain more anonymous the freedom to still get their offspring where they need to be and can, in the end, prevent a lot of under the table or illegal adoptions as a whole. They are temperature regulated and have sensors within them so that those who check them will know when a baby is present and can be quick about going to get him/her.

BBC wrote as follows about these boxes back in 2019:

“They are a last resort,” insists Priscilla Pruitt, who works for Safe Haven Baby Boxes, a campaigning organisation that has been pushing for their introduction across the country. The group says the boxes are needed to combat infanticide, when mothers – often young and fearful – give birth alone and are unable to cope.

“Abandonment is a problem,” she says. “These young women don’t want to be known or seen. Especially in small towns where everyone knows everyone.”

Yet not everyone thinks they are a good idea.

Fathers’ rights groups object, saying they allow only one parent to make the decision. And the UN has opposed their use in other parts of the world, calling for countries to offer more family planning and other support to address the root causes of abandonments, such as poverty, instead.

In the US, this crop of baby boxes first started appearing in 2016, but the concept is ancient.

Dating back to medieval times, they were originally known as foundling wheels – cylindrical barrels on the side of hospitals, churches or orphanages.

Within the last 20 years, they have undergone a small-scale revival, and can be found in various countries, including Pakistan, Malaysia, Germany and Switzerland.

According to AWM, these boxes are being used now more-so than ever as they are being more widely installed and even Florida is working to bring them around where they are needed. These boxes being added to major cities in Florida could really help with a lot of issues present in the state at the moment. As you may know, human trafficking is a serious problem in a lot of places and in Florida, it is known to be an enormous issue.

What do you think about all of this? I for one think these boxes are a great thing and can be a huge help for a lot of people. I know, they are controversial but, in general, they seem to be doing a lot of good.