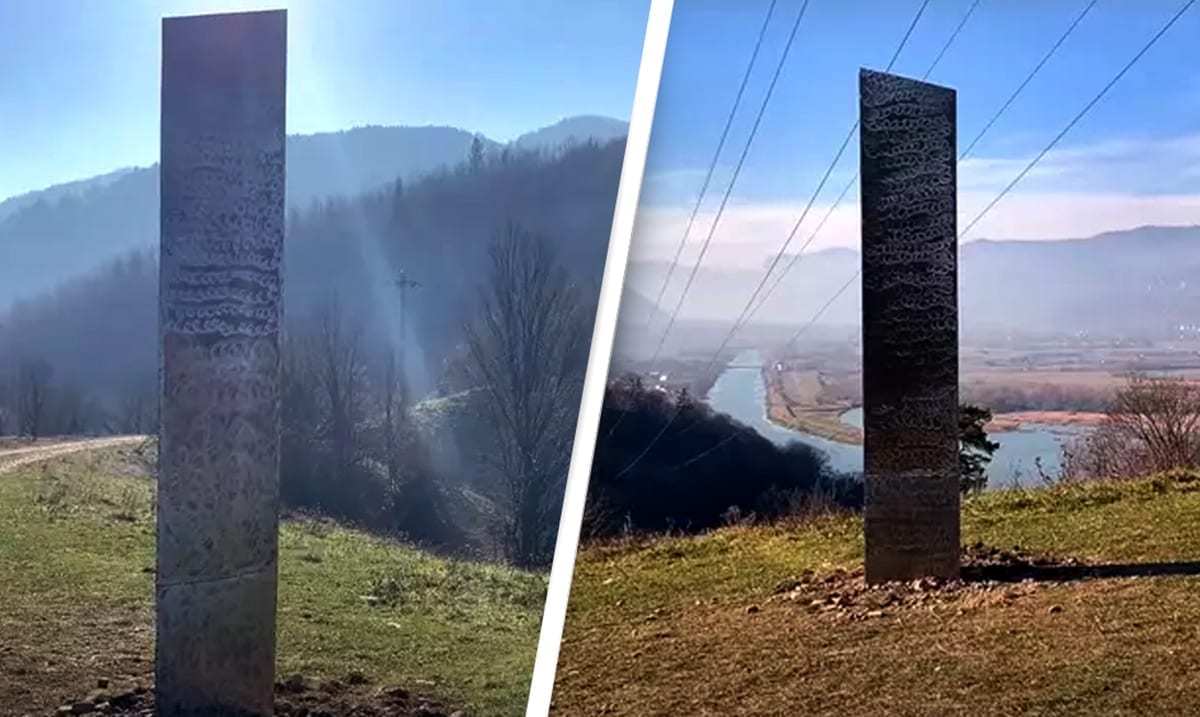 For those who do not know, there once was a monolith in Utah that was quite strange and no one knew much about it. However, it has according to Daily Mail recently been removed by some ‘unknown party’ this wouldn’t be so odd if a very similar monolith wasn’t just found in Romania.

Just days after the monolith in Utah disappeared, this one in Romania suddenly appeared. The one in Romania is 13ft and was spotted on Batca Doamnei Hill in the city known as Piatra Neamt. While it might not sound like much, it really has some people wondering what the heck is going on. This hollow structure is odd and well, as people do they’re trying to figure out just where it came from and why it was placed where it was found.

NEW – A metal monolith identical to the one recently found in #Utah has just appeared on a hillside in Romania. pic.twitter.com/kR6Kkg23xr

Sky News wrote as follows on this topic:

It bears a resemblance to the Utah monolith which was spotted in a remote cove two weeks ago, leading people to wonder if the monuments are linked.

In a bizarre twist, the Utah Bureau of Land Management said the structure had been removed without its knowledge on 27 November.

It had originally been spotted by state wildlife officials who were helping to count bighorn sheep from a helicopter earlier in the month.

It is unknown where these monuments have come from. Some have guessed it could be the work of a prankster inspired by science fiction novel 2001: A Space Odyssey.

In the book by Arthur C Clarke, a monolith appears on Earth and gives wisdom to a tribe of apes.

Monoliths are not something you see every day and so coming across one is bound to sound off some alarms. While there were monoliths in the past, these specific ones are not from ancient times. They are new and shiny, to say the least.

What do you think is going on with these strange monoliths? I for one have no idea. Could this all just be some kind of prank and if so are these monoliths linked? For now, we aren’t quite sure but perhaps in time we will better understand the mystery behind these interesting metal figures that have been popping up.