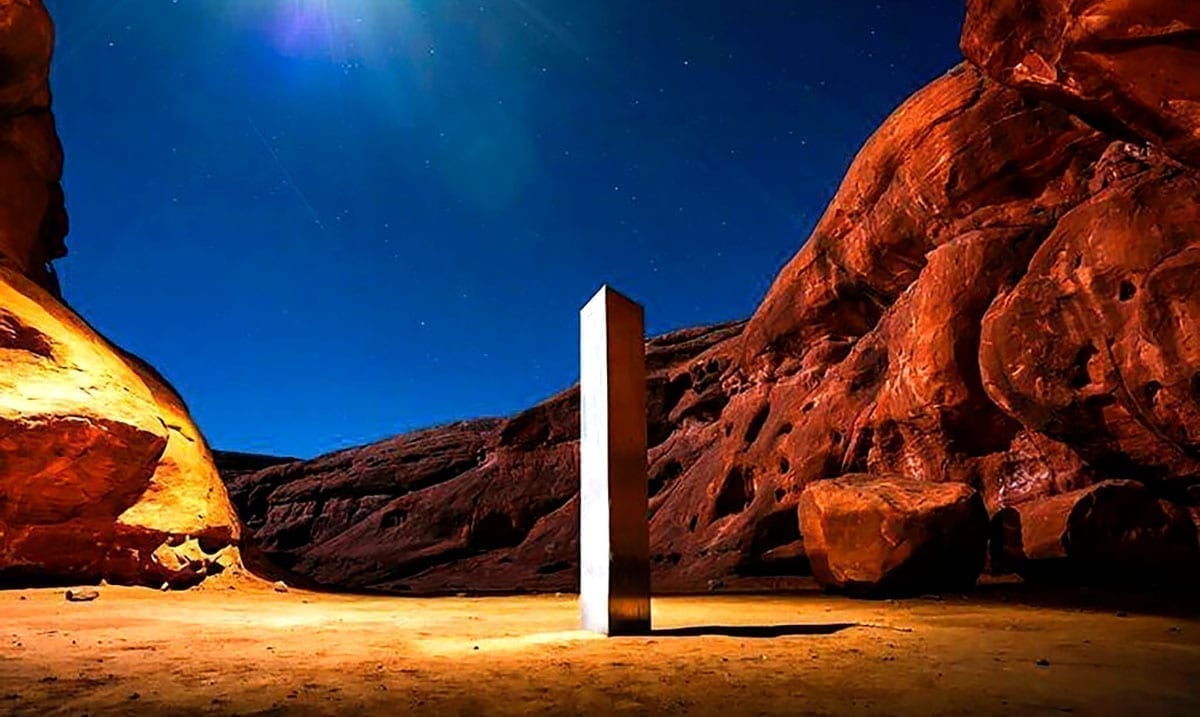 Monolith Recently Found In Romania Has Already Disappeared – What Is Going On?

Okay, now this is getting weird. It appears now even the monolith recently noted in Romania has also been unexpectedly removed and no one knows who or why.

While we know the mysterious monolith found in Utah was not around for long and was removed by an unknown source, after the finding of this one in Romania we were not expecting the same thing to happen. However, it did. This monolith was according to Fox7Austin removed sometime this past Sunday night by an ‘unknown source.’ Locals have noted that they saw some kind of odd light coming from the area it was sitting but other than that no one saw anything.

This monolith is quite large and simply moving it isn’t the easiest task, now many are wondering when the next monolith will pop up and where it will be. This monolith was somewhere between 9 and 13 feet tall and well, would not be something that just anyone could get in place or take somewhere else on their own. It has been viral for a little while now but that was all short-lived since now it is nowhere to be found.

CNET wrote as follows on this topic:

In case you thought the story of the mysterious metallic monolith couldn’t get any weirder, just remember it’s 2020 and anything’s possible. After the surprising discovery and subsequent disappearance of a monolith in the middle of the Utah desert earlier this month, it seems a similar object was found in Romania — before also disappearing.

A structure that appears to be identical to the one in the Utah desert was found on Batca Doamnei Hill in Romania on Nov. 26, according to The Mirror. But it didn’t remain for very long; according to a Tuesday report by Reuters, the Romanian monolith disappeared four days later.

“The 2.8 metre (9ft) tall structure disappeared overnight as quietly as it was erected last week,” journalist Robert Iosub of the Ziar Piatra Neamt local newspaper told Reuters. “An unidentified person, apparently a bad local welder, made it … now all that remains is just a small hole covered by rocky soil.”

What do you think about all of this? I for one am curious to see if it is all some kind of joke and if the monoliths noted so far are somehow linked. Wouldn’t it be interesting to learn the truth behind these crazy structures? Perhaps we will be noting another one very soon.