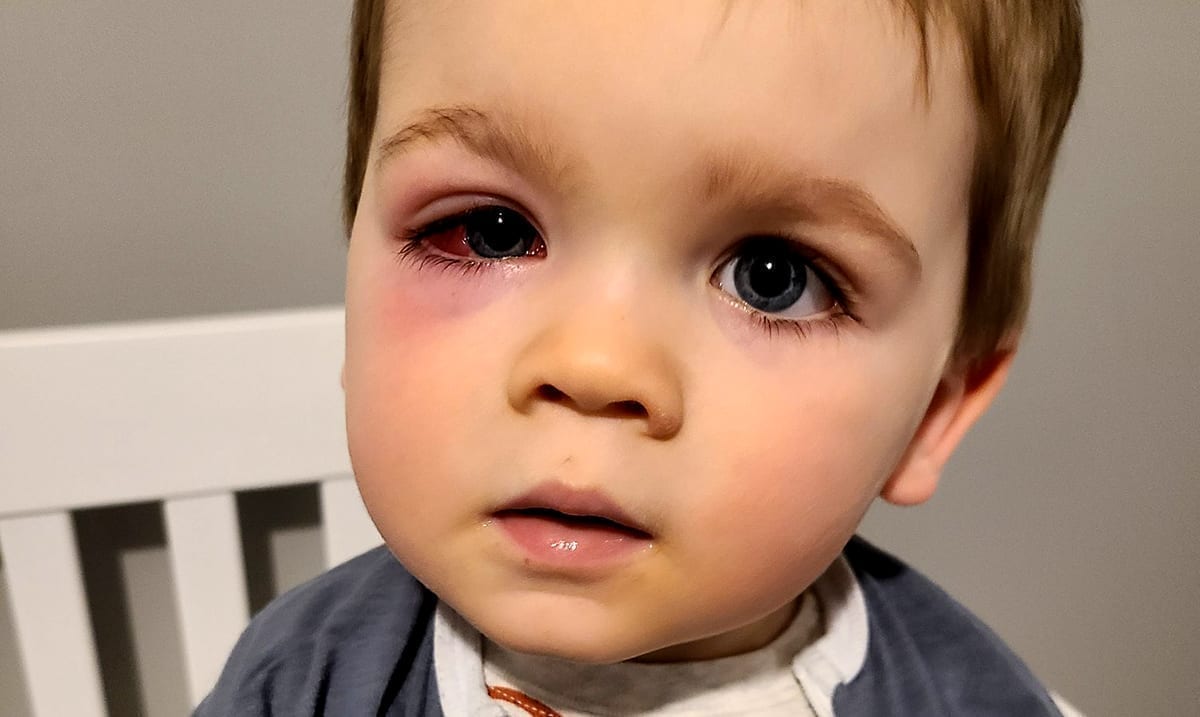 By Gerald SinclairOctober 2, 2020No Comments

Sure, we know that danger can be lurking in some of the most unexpected places but chances are your kids’ bath toys are the last place you’d expect. That being said, if you’re not already wary, you might be after reading this.

According to CBSN Chicago, a Plainfield mother has in recent times gone through something quite traumatic. Her son was as the result of a bath toy hospitalized and could end up facing permanent eye damage. Yes, you read that correctly something so bad happened all because of a mere bath toy.

The mother says she walked into her 2-year-olds room one morning back in March to notice his eye had swollen dramatically and severely roughly 12 hours after his bath. During his bath, it seems he had squirted himself in the eye with water from one of those squeezable rubber duck toys that most kids love to play with during bath time. This was something he had always done and no one ever thought anything of it but it seems to have caused a serious issue.

While before the reason behind this issue was found they assumed the child had pink eye or something of that sort, that was nowhere near the case. As time passed even with being rinsed out his toy has grown some kind of bacteria within it that caused a serious infection in his eye and from there things got intense. It was later noted that if this infection moved to his retina it could cause him to be blind permanently or if it moved further from there much worse issues would be present.

CBSN Chicago wrote as follows on this mind-blowing story:

The toddler was given IV antibiotics and then a CAT scan.

“I came to find out later that because the water is never fully expelled from those types of toys that they can just grow bacteria that you can’t stop,” she said.

Strong said she hopes manufacturers take a closer look at the toys they are producing.

“I’ve been shocked,” she said. “I have a completely full inbox with parents sending me pictures of their children who have gone through the same thing. It really does seem to be a design issue across all manufacturers and not just one specific one, so I really hope even those people will look at this and take that into consideration.”

Baylor has since made a full recovery and now plays with different toys in the bath.

“I would just throw all the squeezable ones away for sure,” Strong said. “I think those toys especially are cute. They’re fun. They’re cheap and they’re easy, but it’s not worth it.”

**WARNING**So I learned a thing. And I’ve sat on it for a couple months because the pictures are so gross that I…