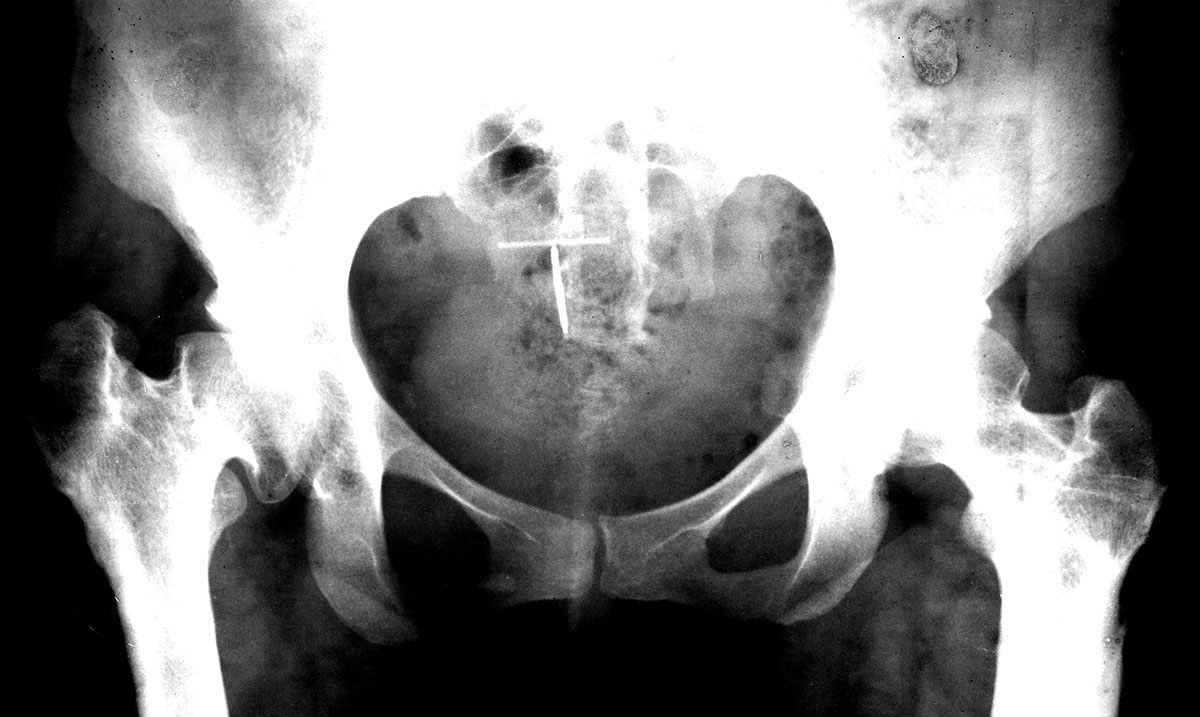 Mom Loses Ovaries, Uterus, And Toes after IUD Shockingly Moves Into Her Stomach

By Gerald Sinclair December 2, 2019 No Comments

Throughout the years we have heard a lot of different horror stories of women’s IUDs migrating within their bodies.

One mother in seemingly recent times has faced this issue to an extreme most would never think of. While she never thought anything like this could happen to her, Tanai Smith has faced some extreme circumstances. While her story is from June of 2018 it is one that did not get as much coverage as it should. The dangers these IUDs hold should not be underplayed.

Tanai Smith from Baltimore at a mere 25 years old lost her ovaries, uterus, and even her toes. This as a result of her IUD forcing its way into her stomach. Yes, sometimes they travel upwards rather than downwards. It actually migrated all the way to her liver throughout the time it was present within her body. After being told this IUD would work for five years she signed up and got it back in 2014 however in 2017 was made aware by her gynecologist that there was a problem.

She was told that the IUD could not be found via ultrasound and that they did not know where it went. After experiencing intense sharp pains in her stomach an X-ray revealed that the IUD was, in fact, present in her stomach. Smith from there had to go through surgery and when she woke up she noticed that rather than being cut one time under her belly button to remove the IUD she had three separate incision points and had to be made aware of surgical complications that were faced.

According to Fox News, Smith’s IUD had broken into pieces and made way to her liver. This meaning that the multiple incisions were to get pieces out as they were able to. From there Smith was released but was rushed back to the hospital within the same night. She was bleeding internally and faced some very horrible weeks from there out.

Smith claims that when she woke up from the Dec. 13 procedure, she noticed that she was cut three times and that she was told the IUD broke into pieces and had traveled to her liver. She claims she was released from the hospital even though she was bleeding, but had to be rushed back overnight.

“I was bleeding internally,” Smith said. “After the surgery, my mom was told that when they open [SIC] me up, my ovaries were [SIC] black and that they had to give me a hysterectomy. After the surgery, I went into septic shock causing me to be in ICU for a few weeks.”

Smith said her organs began to fail, and she was placed on a ventilator.

“At the time, I didn’t know what was going on or what would happen,” Smith wrote in an essay published in Women’s Health. “I was convinced I wouldn’t make it – that I would die.”

She said she spent weeks away from her daughter because she didn’t want the medical equipment to scare her, and she lost feeling in her hands and feet.

“At the end of my third week in the hospital, sensation returned to my hands while my toes began to blacken from necrosis, tissue death due to loss of blood flow,” she wrote. “On February 2, almost two months after my first surgery, I was finally discharged with a prognosis that hung over me for months: When I felt ready, I’d need to return for the removal of all toes on my left foot and the tips of my right toes.”

Once all was said and done Smith was left missing her toes, and all of the things mentioned above as well. It was also mentioned that the IUD was placed too soon after childbirth within her female organs and that as things healed they pushed it upwards. This a small mistake that almost cost Smith her entire life and her daughter a loving mother.

This story is one that you would assume could not be common, right? Well, that assumption would not be entirely accurate as IUD horror stories are quite present in this world on a widescale. Vice actually went so far as to cover the topic back in 2016 before Smith’s situation ever arose. With the use of IUDs becoming more and more prominent, people need to know the risks that can come as a result.

For one, copper IUDs can result in ectopic pregnancy and if placed incorrectly a person can end up with excruciating pain and as Vice put it ‘sheet-drenching periods.’ While these little devices might be great for some people, they are in no way risk-free and you should do your research and make sure they are a good fit for you before opting for one. Make sure you’re not being given one that is too big for your cervix and if things are uncomfortable, do not sit quietly about it.

Melissa Petro from The Week wrote as follows in regards to the IUD and her experiences:

Had you asked me as recently as four months ago, I would have had nothing but good things to say about my IUD. In it went, and I forgot about it almost immediately. Even my implantation wasn’t nearly as intense as some women experience. For some, an IUD is a horror story right from the start. All over the web, women testify they’ve experienced severe negative physical and mental side effects starting soon after implantation. Fatigue, headaches, spotting, cramping, bloating, gastrointestinal distress, acne, and cysts are just some of the more commonly reported symptoms. Others say their new device caused weird dreams and nightmares and led to other physiological issues such as mood swings, anxiety, and depression.

Doctors say side effects like these are rare — but they’re common enough that sufferers have set up support groups. And, in some cases, complications can be serious. More serious complications related to the device becoming displaced or expelled from the uterus. In worst-case scenarios, an IUD can perforate the uterine lining, and become lost in the body.

I was never made aware of such risks.

At my yearly pelvic exams, everything appeared normal. Then, in 2010 I lost my teaching career, which meant I lost my insurance, and those WellCare visits stopped. Over the next couple of years, I experienced occasional bleeding during intercourse, but when you don’t have health insurance, you don’t get things like that checked out.

In 2012, I went to Planned Parenthood and paid out of pocket to have my IUD removed, suspecting something was amiss. That’s when I learned my device had migrated out of place. Even so, because I still wasn’t intending to get pregnant and I didn’t have a backup birth control method, the doctor encouraged me to leave it in. Bad advice: A displace IUD can compromise its effectiveness and result in an ectopic pregnancy — but again, when you don’t have insurance, you don’t get a second opinion, even when the advice you receive from the first physician doesn’t sound right.

I didn’t have health insurance again until four years later after I met and married my husband. Three months after our wedding ceremony, we started talking about starting a family.

Just before Thanksgiving, what was supposed to be a simple procedure to remove my IUD turned complicated when my gynecologist discovered a part of it had become embedded in my uterine lining. I spent the following weekend in pain and fear, nauseous and vomiting, bleeding and cramping. I was terrified by the idea of surgery, which I was told by the gynecologist was my only option. On top of all that, I beat myself up for what I feared was my fault. I should’ve had it removed earlier, I thought. I should have gone for more regular check-ups. I shouldn’t have gotten the device in the first place — as if I could have known.

For more information on this topic please check out the video below. Would you consider an IUD after reading this or are you already successfully using one? In my opinion, I believe pills would be a lot less of a danger in many ways.