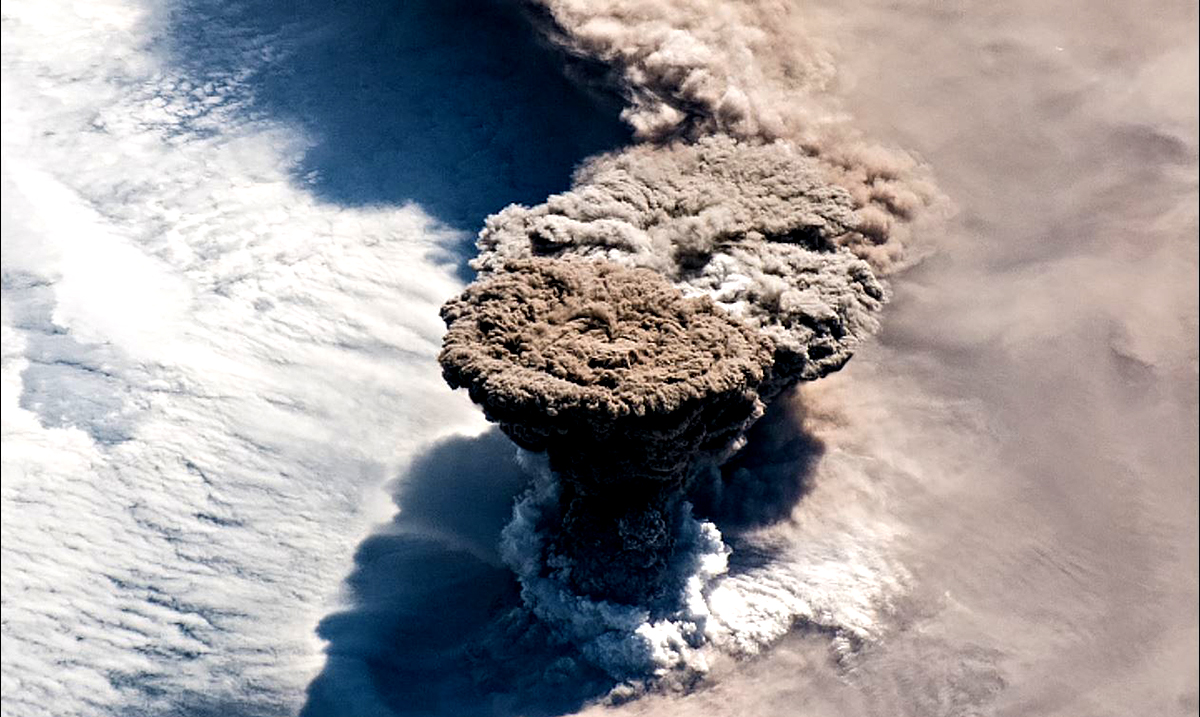 Mindblowing Photos Of Russian Volcano As It Erupted Captured From Ourterspace

By Gerald Sinclair November 19, 2019 No Comments

While most people were somehow unaware of this amazing phenomenon, back in June of this year (2019) a Russian volcano erupted. This volcano was one that had not erupted for a very long time and with that brought some intense emotions.

Sure, not many people stopped to let this whole ordeal sink in (unless they were locals) but now that images are circling the internet once again of the eruption itself, it is gaining attention. You see, this eruption was quite amazing because astronauts on the ISS (International Space Station) were able to capture it on camera.

Now, for those who are unaware of the volcano that erupted was the Raikoke volcano and it was/is present off a remote Russian peninsula. No one was hurt in the blast since the location of this volcano is seemingly uninhabited but that doesn’t mean it didn’t drop jaws. According to The Sun, ‘A plume of ash and gas was thrown ten miles into the sky.’

Until the 22nd of June 2019, this volcano had not erupted since 1924. Yes, you read that correctly it had not erupted in close to 100 years. There are other volcanoes in the area that are much more active and so the eruption of Raikoke is quite unexpected whenever it does occur.

According to The Smithsonian Magazine, the plume of ash from this explosion alone was able to reach over 42,000 feet. While the photos captured by those aboard the ISS and NASA’s satellites overall seem quite dramatic, they really put things into perspective. This kind of thing and volcanoes, in general, are EXTREMELY powerful.

In regards to this explosion Smithsonian Magazine reported as follows:

The eruption, which was also documented by several satellites, consisted of at least nine explosions, six of which occurred within the first 25 minutes, according to a report by the Smithsonian Institution’s National Museum of Natural History’s Global Volcanism Program. The ash rose up to 42,700 feet, drifting to the east and northeast. Lightning was detected in the plumes, a phenomenon is known as a “dirty thunderstorm,” writes Matthew Cappucci of the Washington Post. The cause of volcanic lightning is not entirely clear, but scientists think it may result from charged particles originating from both “the material ejected from the volcano and through charge formation processes within ash clouds moving through the atmosphere,” according to Deanna Connors of EarthSky.

To see some of the amazing photographs and satellite images captured of this otherworldly event please take a peek below. Isn’t it fascinating? How many volcanic eruptions have you witnessed and would you want to ever see one firsthand? I personally think these photographs are enough to keep me away from volcanoes for years to come. 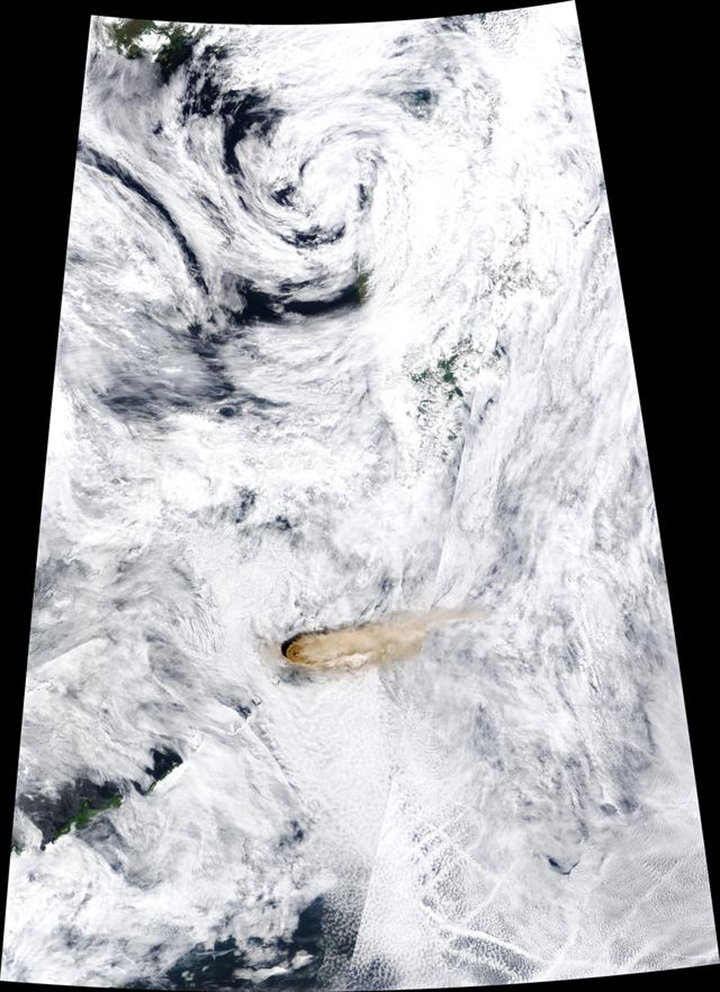 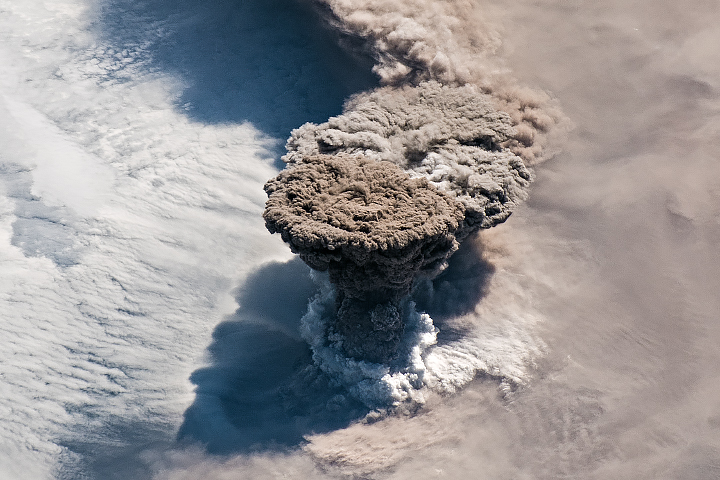 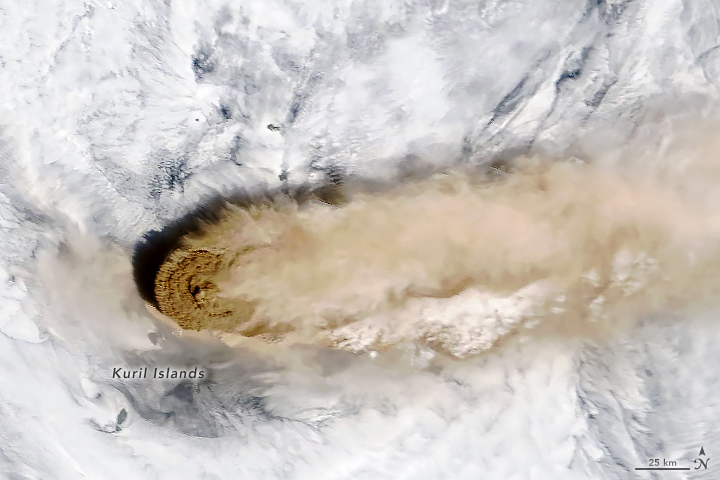 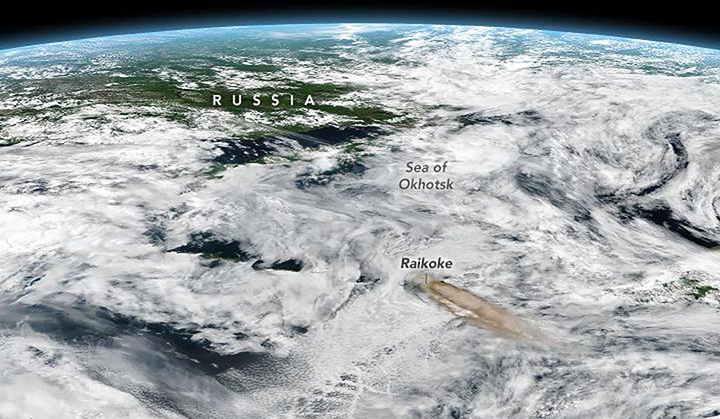 To learn more about the location that this volcano is present on and what kind of volcano it is please check out the video below. This kind of volcano produces extreme eruptions and if someone were to live on the location it sits they would without a doubt lose their lives to the volcano if another eruption were to come forth. Strange facts seem to be quite prominent when talking about or learning about the Raikoke volcano.