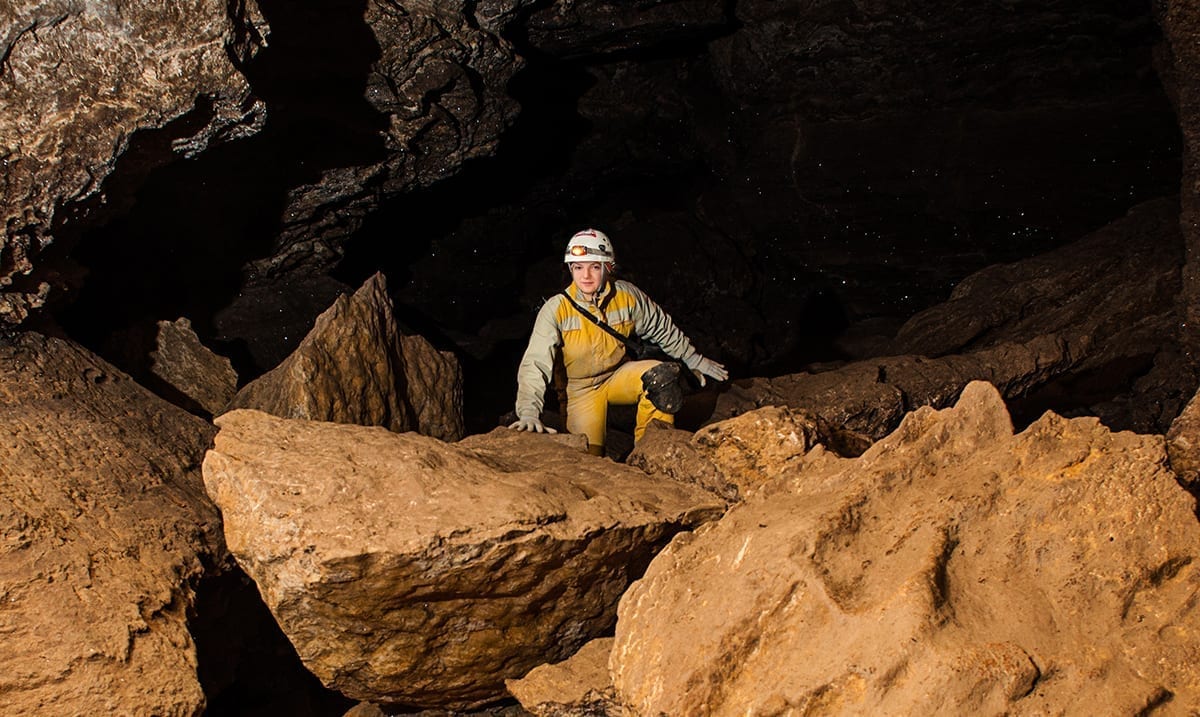 By Gerald SinclairJuly 26, 2020No Comments

In recent times something completely unexpected has happened, researchers found a cave that could change everything. Within this cave, evidence was found that could essentially date human history in the Americas is twice as long as we previously thought.

This cave is located in Mexico and within it, tools were found that are being used as evidence that there were humans living in North America at least 30,000 years ago. This meaning we could have been around for much longer than previously thought. I know, that in itself sounds crazy but it is quite possible based on these finds.

A study published on these finds came out in the journal Nature and it’s quite amazing, honestly. The title of this study is ‘Evidence of human occupation in Mexico around the Last Glacial Maximum’ and it has many people quite blown-away. Sure, we already knew human history in this sense was a bit all over the place but these finds are something not many were expecting.

The initial colonization of the Americas remains a highly debated topic1, and the exact timing of the first arrivals is unknown. The earliest archaeological record of Mexico—which holds a key geographical position in the Americas—is poorly known and understudied. Historically, the region has remained on the periphery of research focused on the first American populations2. However, recent investigations provide reliable evidence of a human presence in the northwest region of Mexico3,4, the Chiapas Highlands5, Central Mexico6, and the Caribbean coast7,8,9 during the Late Pleistocene and Early Holocene epochs. Here we present results of recent excavations at Chiquihuite Cave—a high-altitude site in central-northern Mexico—that corroborate previous findings in the Americas10,11,12,13,14,15,16,17of cultural evidence that dates to the Last Glacial Maximum (26,500–19,000 years ago)18, and which push back dates for human dispersal to the region possibly as early as 33,000–31,000 years ago. The site yielded about 1,900 stone artifacts within a 3-m-deep stratified sequence, revealing a previously unknown lithic industry that underwent only minor changes over millennia. More than 50 radiocarbon and luminescence dates provide chronological control, and genetic, palaeoenvironmental, and chemical data document the changing environments in which the occupants lived. Our results provide new evidence for the antiquity of humans in the Americas, illustrate the cultural diversity of the earliest dispersal groups (which predate those of the Clovis culture), and open new directions of research.

This cave is known as Chiquihuite cave and it is about 900 feet above sea level according to Smithsonian Magazine. While excavations there were launched in 2012 things like this take time and well, it seems they have finally paid off. Smithsonian Magazine noted these specific artifacts were unearthed in 2016 and 2017 in large amounts. There were roughly 1,900 stone points or ‘possible tools’ used for things like ‘cutting, chopping, scraping, or as weapons.’

Smithsonian Magazine wrote as follows on this topic after the study was published:

The artifacts were dated by 46 different radiocarbon samples of adjacent animal bones, charcoal, and sediment samples. To the team, they represent a previously unknown technological tradition of advanced flaking skills. More than 90 percent of the artifacts were of greenish or blackish stone, though those colors are less common locally, suggesting to the authors that they were singled out as desirable. The bulk of the material is from deposits dating to between 13,000 and 16,600 years ago, leading the scientists to hypothesize that the humans may have used the cave for more than 10,000 years.

Ardelean knows that Chiquihuite’s very old dates will raise most archaeologists’ eyebrows. “As soon as you cross the limit into the Last Glacial Maximum (LGM), that’s when it gets tricky,” he says. “We have a sort of mental blockage just thinking about getting into a new continent in the middle of a glaciation.”

Yet he suggests that if people were visiting this cave during the Last Glacial Maximum they likely entered America even earlier, more than 30,000 years ago, before glaciers blocked the way from Beringia. “It takes centuries, or millennia, for people to cross Beringia and arrive in the middle of Mexico,” Ardelean says. “Even coastal arrivals wouldn’t have been landing on the Mexican coast—it’s just way too far. You need many years of previous presence to make them arrive there if they came by sea or by land.”

Ardelean sees the site as one point on an emerging new timeline for humans in the Americas. “This site alone can’t be considered a definitive conclusion,” he admits. “But with other sites in North America like Gault (Texas), Bluefish Caves (Yukon), maybe Cactus Hill (Virginia)—it’s strong enough to favor a valid hypothesis that there were humans here probably before and almost surely during the Last Glacial Maximum.”

As would be expected, the site has drawn scrutiny from the archaeological community. In a Nature “News & Views” article accompanying the studies, Ruth Gruhn, professor emerita at the University of Alberta, said that since the idea of an American entry date more than 30,000 years ago is double the currently popular date of about 16,000 years ago it “will be very hard for most archaeologists specializing in early America to accept.”

What do you think about all of this? I for one think it could be quite possible after reading through everything for people to have been in the Americas before previously thought. That being said, I guess more research will need to be done before we can say for sure.