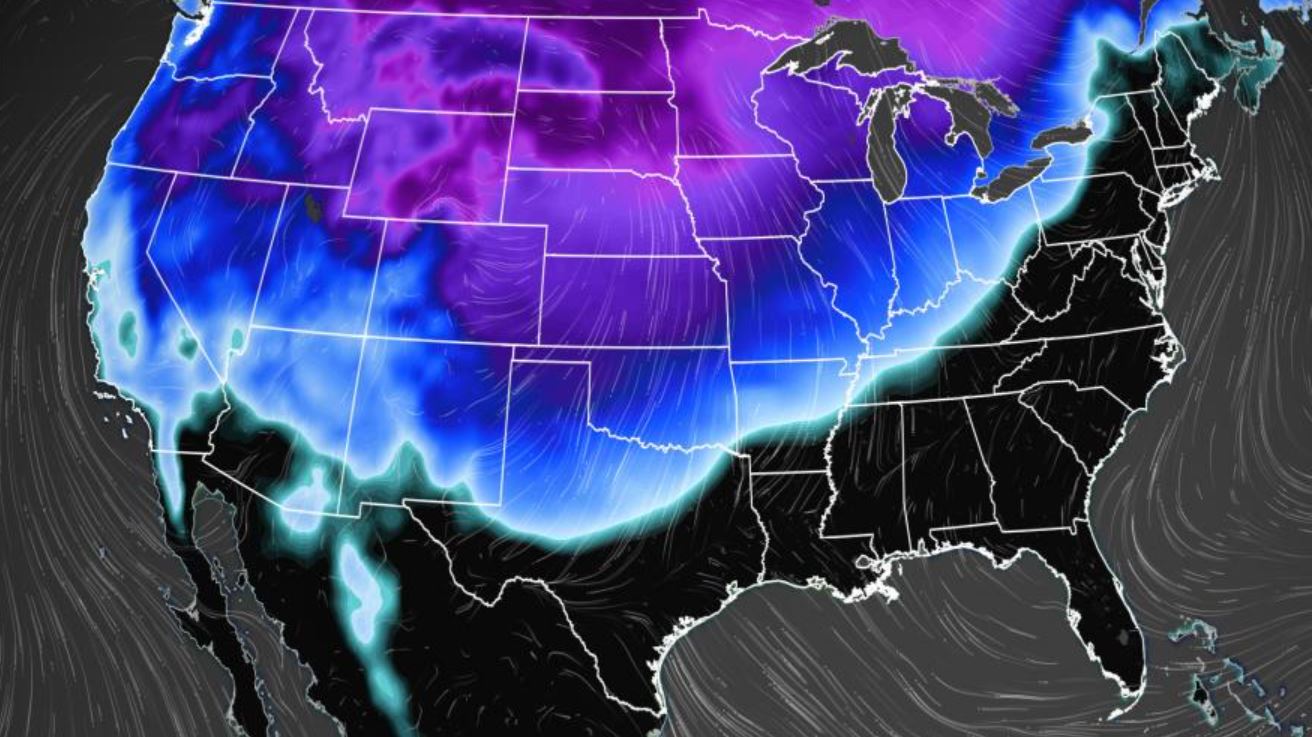 While many Americans have likely been looking forward to what was predicted to be an early spring, it looks like mother nature had different plans. According to the Weather Prediction Center, record low temperatures will be plaguing various parts of the nation this week.

For the past few days, temperatures have been pretty mild throughout the nation. But, as we all know here in the states before we get to see spring full force, we first have to experience a second winter.

In the report issued by the NOAA, they explained that a “significant winter storm” would be impacting the Plains into the Great Lakes Monday and Tuesday.

#Arctic air is expected to move south through #phwx next week. This will lead to cold temperatures, breezy to windy conditions, and potentially some light winter precip. As of now, the main impacts will be due to periods of sub zero wind chills. Stay tuned! #txwx #okwx pic.twitter.com/vxNQ0EwOOE

The results of this storm will be rainfall and heavy storms for the Southern Plains and into the Tennessee/Ohio Valleys up until Wednesday.

In the Northern Tier states, this will provide record low temperatures that will be 20-30 degrees below average.

For those closer to Mississippi and Ohio Valley, however, temperatures will be about 10-25 degrees above average.

Areas like Denver will go from the spring-like weather they experienced this past weekend at around 60 degrees down to 15 degrees by Tuesday, will coinciding with snow showers.

In South Dakota, temps will drop from 50 to 0 by Tuesday.

For many of these cities with will be a major drop in temperatures in less than 24 hours.

And while it will mostly affect the Northwest, Kansas, and Texas will both be impacted as well with temps going from the 70s down to the 20s and 30s.

If you are one of the 15 million Americans that will be drastically impacted by this arctic drop, it might be best to prepare now.

Followed by the massive drop in temperatures will be snow showers throughout the Midwest and Northwest.

“A long period of snow and gusty northeast winds will begin late Sun night and continue thru Tuesday,”  the NWS reported in a Tweet. “Snow may be heavy at times with significant accumulations across parts of the Upper Midwest.”

Due to the temperatures dropping, there is a likelihood of accumulations that will result. 6 inches of snow is possible throughout the Northern Plains and Midwest, however, some regions could see much more.

Furthermore, the report indicates that while the Western portion of the country will experience a massive drop in temperatures, the Mississippi and Tennessee Valleys will likely see some thunderstorms. Many of these thunderstorms could have the potential for lightning, massive gusts of wind, hail, and even some tornadoes.

Unfortunately, according to the report, the South Plains has been placed on a Critical Risk of Fire today (Monday) which will likely be reduced tomorrow.

As for the vast majority of the rest of the nation, rain is to be expected.