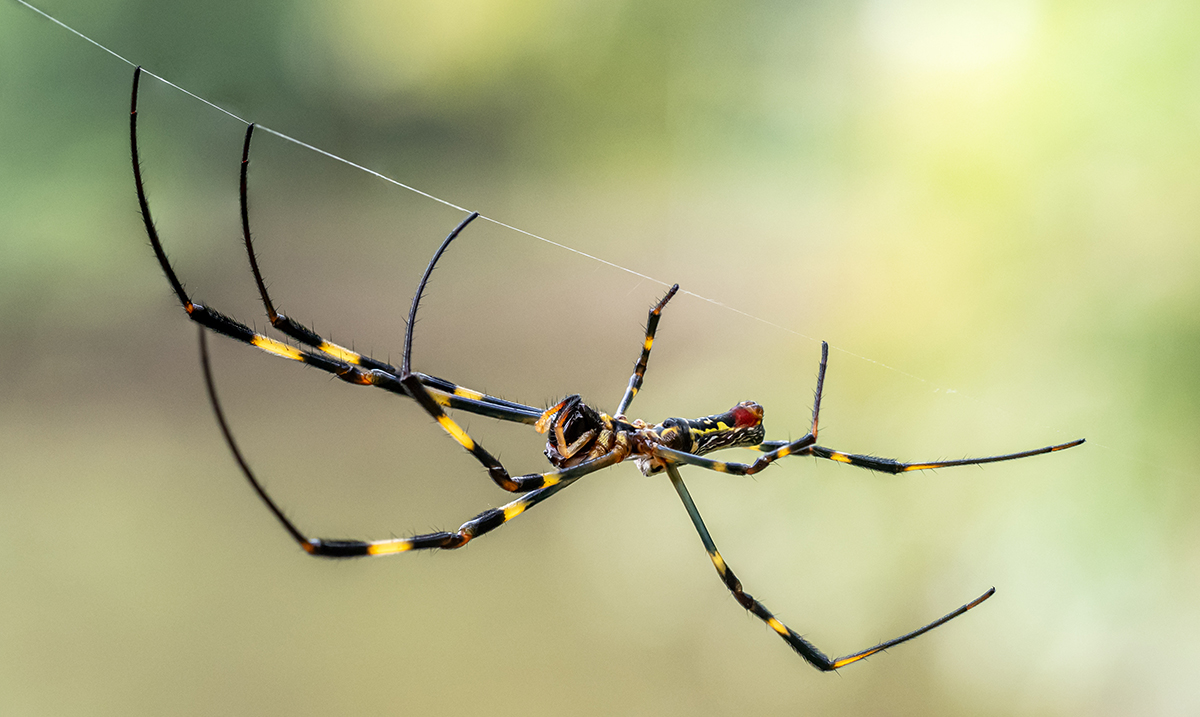 By Harley MansonMarch 14, 2022No Comments

It may sound like something from a horror movie, but I assure you that, unfortunately, it is not. The Joro spider is very real, very large, and very likely to begin swarming the East Coast of the U.S.

Last September, the population of the Joro spider skyrocketed in North Georgia, spanning across 25 counties.

“I have several hundred, and they make the place look spooky with all the messy webs—like a scene out of ‘Arachnophobia,’” entomologist Will Hudson from the University of Georgia told the Hexapod Herald.

Now, in a recent study that was published in the journal Physiological Entomology, researchers say these spiders have a special resilience for the cold. In turn, they will likely take over the Eastern Seaboard.

While large, palm-sized spiders don’t have any need to be any scarier, these spiders can fashion parachutes, which allow them to fly as far as 100 miles.

And unfortunately, these spiders don’t seem to be going anywhere. “People should try to learn to live with them,” said lead author Andy Davis from the University of Georgia. “If they‘re literally in your way, I can see taking a web down and moving them to the side, but they‘re just going to be back next year.”

Since hitchhiking to Atlanta, Georgia in a shipping crate back in 2014, the populations of this spider species have continued to grow. And in just that short amount of time, the population has reached ‘astonishing levels,’ according to Live Science.

Before traveling to Georgia, the Joro was common to China, the Japanese, and Korea. Joros belong to the ‘orb weavers’ because of their intricate webs. They are very beautiful spiders that are bright yellow in some places and have bold red bellies. And their venom isn’t toxic to humans or dogs.

Unfortunately, that is where the good news stops because as this population of this species continues to grow, they will begin to spread throughout the U.S, according to the study.

“The potential for these spiders to be spread through people’s movements is very high,” explained Benjamin Frick, an undergraduate at the University of Georgia and co-author for the study. “Anecdotally, right before we published this study, we got a report from a grad student at UGA [the University of Georgia] who had accidentally transported one of these to Oklahoma.”

Thankfully, despite more invasive species destabilizing the ecosystems they take over, entomologists believe Joro species could prove to be beneficial. Since the mosquito population in areas like Georgia is so high, the Joros could help to alleviate part of the problem. Due to this fact, the researchers from the study suggest against disturbing or harming them unless they are in your way. Even then, you could likely capture and move them.