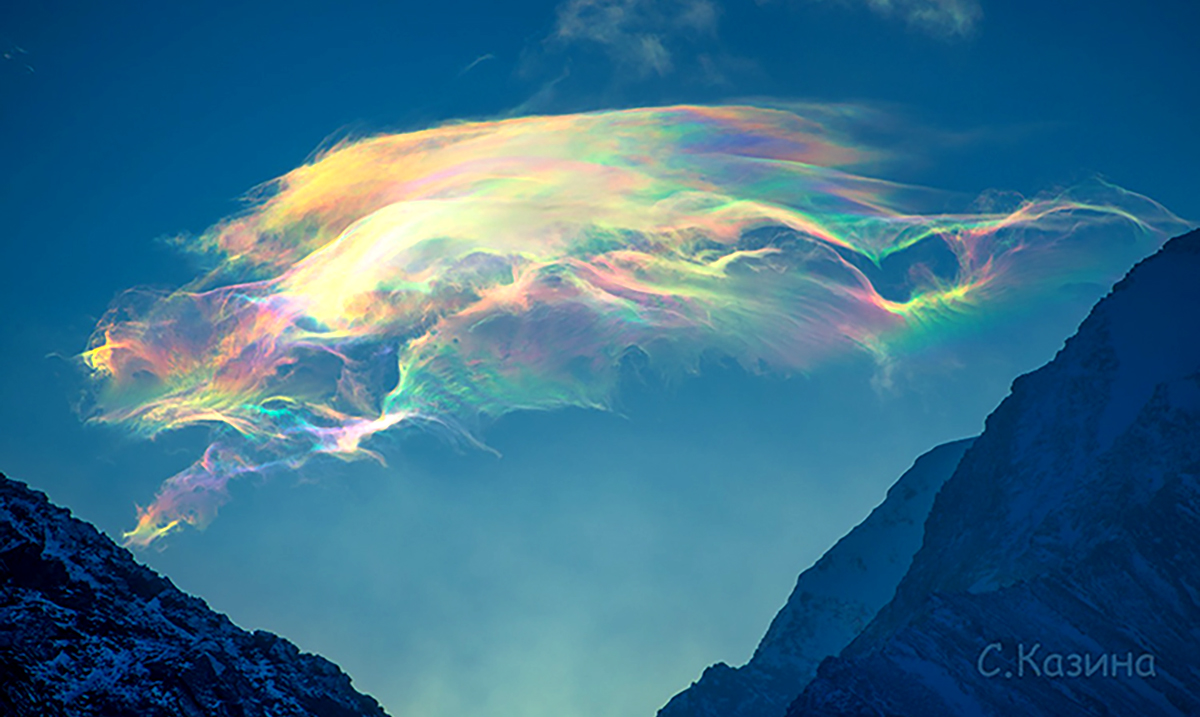 By Gerald Sinclair December 31, 2019 No Comments

Far too often we forget how truly mind-blowing and beautiful Mother Nature can be, however, there are moments when she works to reminds us and this was one of them. While not something many gets to experience in their lifetimes someone was actually able to capture these amazing images.

This happening near the end of the year is a wonderful sight as we move into the new year. Svetlana Kazina according to Siberian Times was the person behind these breathtaking images. She happens to live in the Altai Mountains and noticed the glowing sky just over what is known as Belukha Mountain.

“I pictured this beauty over Siberia’s highest peak, Belukha, early this morning.”

“Rainbow clouds are a rare optical phenomenon when thin clouds close to the Sun change to spectral colours.”

“The clouds in my photos are so thin that they look more like lace. The wind at this height was so strong that the cloud ‘lace’ changed every second.”

While the location itself is already well known, this brings more awareness to just how beautiful things can be on the mountain. As you can see in the images Kazina was able to capture, these clouds look hardly anything like clouds and more-so like cotton candy rainbows or sea creatures making their home in the sky itself. They are truly a sight to be seen. 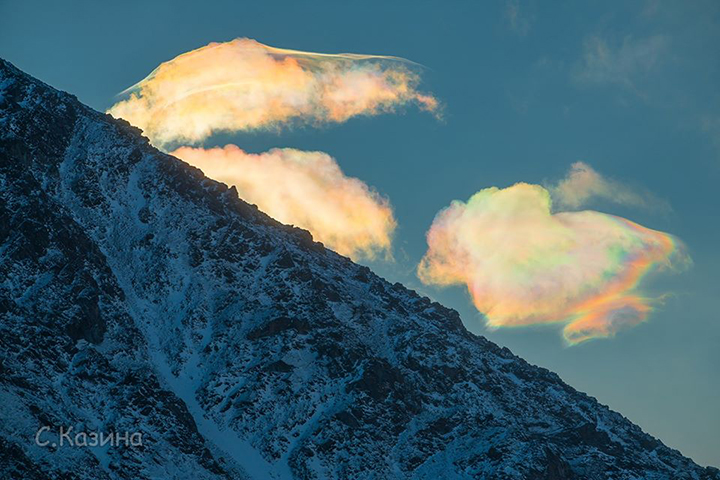 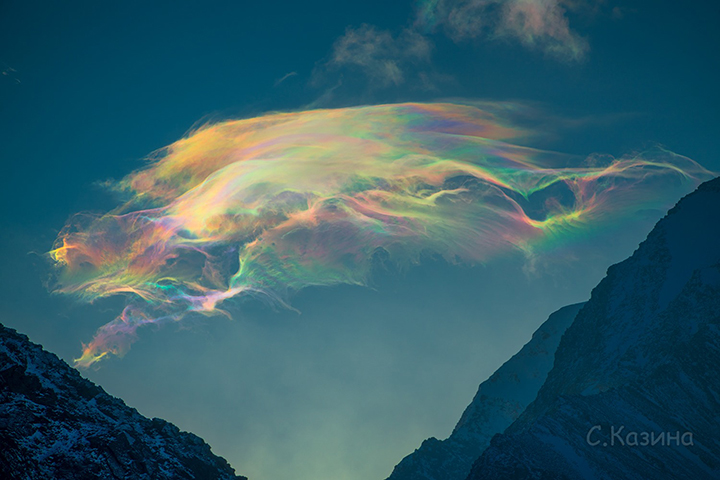 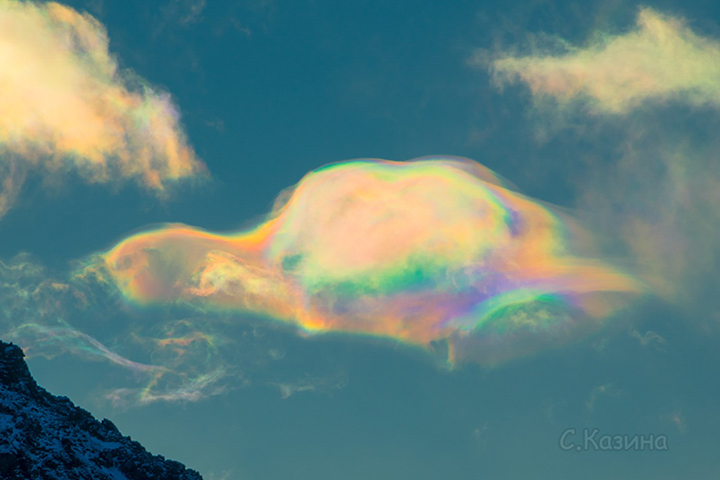 Now these clouds in themselves are quite unique for a number of reasons. While their appearance is clearly something special they are known as rainbow clouds or iridescent clouds. They happen when sunlight scatters through water droplets in the atmosphere. Because these clouds were so thin, it was the perfect environment for the spectacle to occur.

In regards to rainbow clouds as a whole National Geographic wrote as follows:

Iridescent clouds, known as “fire rainbows” or “rainbow clouds,” occur when sunlight diffracts off water droplets in the atmosphere. And the recipe for these heavenly sights is actually pretty simple.

Like common cloud-to-ground rainbows, iridescent clouds usually accompany thunderstorms. According to atmospheric phenomena expert Les Cowley, they often appear in the late afternoon, on very hot and humid days. This stems from the fact that most rainbow clouds form on top of cumulus clouds—the fluffy cotton-ball-shaped clouds we often see in children’s drawings.

“What happens is that the cumulus cloud, boiling upwards, pushes the air layers above it higher and higher,” Cowley explained. “As the air gets pushed upwards, it expands and cools. And sometimes moisture in that air suddenly condenses into tiny droplets to form a cap cloud.”

This “cap”—which scientists call a “pileus”—is the source of the brilliant spectacle.

“The droplets in the cap cloud scatter sunlight to form the gorgeous colors,” Cowley said.

Have you ever seen these rainbow clouds before in your area? I for one hope to see them someday but as of yet never have. In this case, it really does seem a picture is worth a thousand words.