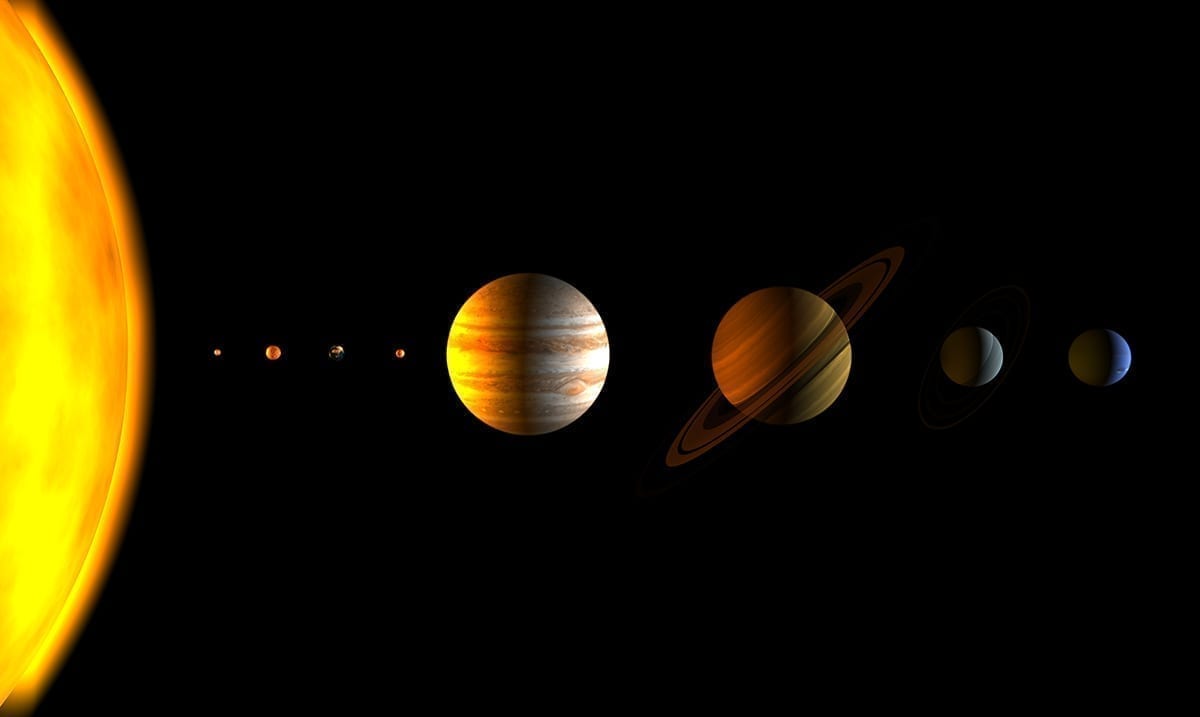 By Gerald Sinclair February 3, 2021 No Comments

We all know that tons of amazing photographs are snapped each night of the things in the sky. That being said, sometimes there are photographs that catch our eyes more than most.

This specific photograph is one that was taken by a solar orbiter, and it is quite breathtaking. Sure, we know that the planets can look like stars but this is something else when you really look at it, these planets are truly lighting up and literally sparkling in space. According to Science Alert, this photograph was taken at a distance of about 251 million kilometers from our home planet which is a very long distance.

Of course, it was taken by the solar orbiter that is under the control of NASA as well as the ESA. However, it is a bit old as it was taken around November of 2020. Could you imagine seeing something like this through a telescope? I would be blown away.

The ESA wrote as follows breaking down what the solar orbiter is and what it’s doing out in space:

Solar Orbiter is the most complex scientific laboratory ever to have been sent to the Sun. Although our life-giving star has been an object of scientific interest for centuries, its behaviour still presents a puzzle for scientists. Solar Orbiter will take images of the Sun from closer than any spacecraft before and for the first time look at its uncharted polar regions. By combining observations from Solar Orbiter’s six remote-sensing instruments and four sets of in situ instruments, scientists hope to find answers to some profound questions: What drives the Sun’s 11-year cycle of rising and subsiding magnetic activity? What heats up the upper layer of its atmosphere, the corona, to millions of degrees Celsius? What drives the generation of the solar wind? What accelerates the solar wind to speeds of hundreds of kilometres per second? And how does it all affect our planet?

This interesting piece of technology was launched back in February of 2020 and has been taking lots of photographs ever since. The first image ever released that it took came forth around July of 2020 and since we’ve seen lots of marvelous things come about as a result. While it is still a good ways from the sun, it is really fascinating in itself because of how it works and the things it does.

NASA wrote as follows on this photograph:

Update, Jan. 28, 2021: A closer look by the Solar Orbiter team — prompted by sharp-eyed citizen scientists — revealed that a fourth planet, Uranus, is also visible in Solar Orbiter’s images from Nov. 18, 2020.

Though they focus on the star at the center of our solar system, three of NASA’s Sun-watching spacecraft have captured unique views of the planets throughout the last several months. Using instruments that look not at the Sun itself, but at the constant outflow of solar material from the Sun, the missions — ESA and NASA’s Solar Orbiter, NASA’s Parker Solar Probe, and NASA’s Solar and Terrestrial Relations Observatory — have sent home images from their distinct vantage points across the inner solar system.

What do you think of this photograph? I for one am quite impressed. Who knows what else we will end up being able to see through the eyes of this orbiter.