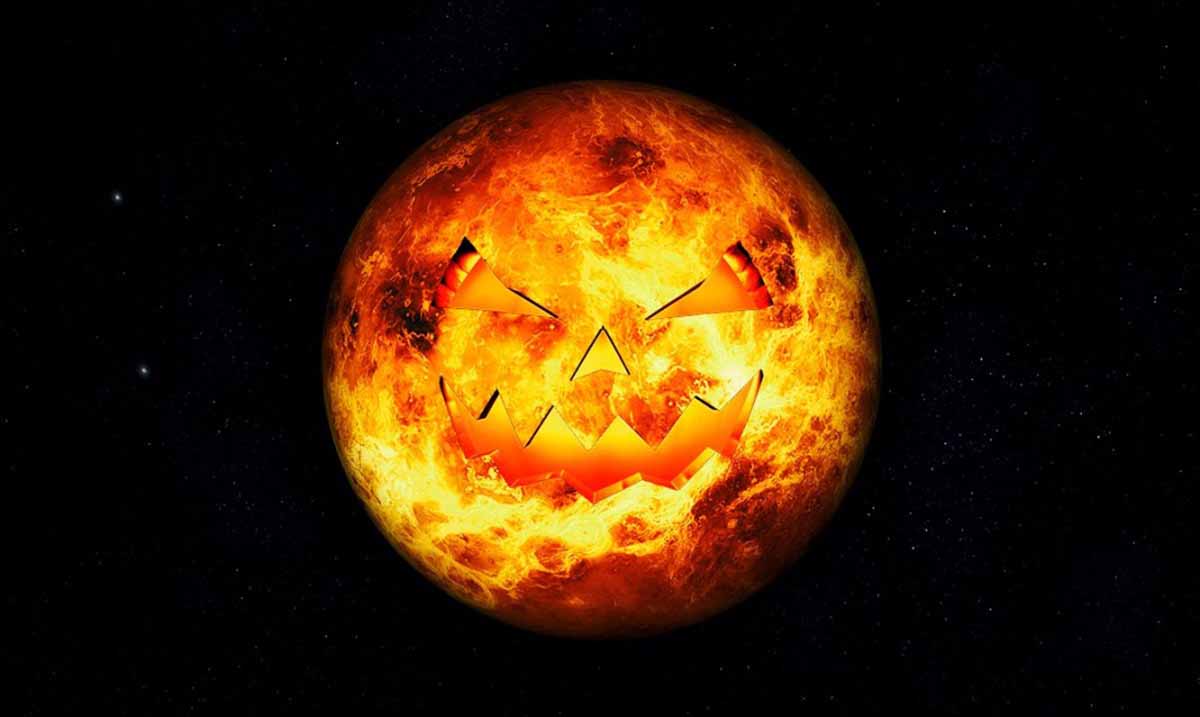 Mercury Will Be Retrograding On Halloween And The Emotions Will Be Intense!

By Gerald Sinclair September 20, 2020 No Comments

Mercury is a planet that retrogrades quite often and when that happens a lot of people seem to be thrown out of whack but this go around things might be more positive than you’d expect. This retrograde will begin on October 14th and remain in action until November 3rd, that meaning this powerful planet will be retrograding on Halloween once again.

This interesting retrograde will be taking place in the sign Scorpio and with that, we will all be offered a sense of passion like nothing we’ve experienced before. When Mercury retrogrades in the sign Scorpio we’re often forced to dig into things we normally wouldn’t dig into. For instance, you will be more emotional and willing to let your intimate side out.

Astrology.com wrote as follows about the energies we will be facing once all of this comes into play:

Mercury repeats two very difficult aspects during this retrograde, making three squares to Saturn in Capricorn from Libra and three oppositions to Uranus in Taurus from Scorpio. The square and opposition are stressful aspects, and the repetition will significantly increase the pressure felt during this retrograde. It will be important to de-stress, focus on self-care, and ask for help when you need it.

Saturn is about restrictions, delays, boundaries, structure, and long-term planning. Since Saturn is exalted and dignified in Capricorn and Libra (respectively), we can expect that any of these issues cropping up now are ultimately for our own good—unpleasant as they may be at the time. The three squares with Saturn happen in two stages, relatively far apart. The first square occurs just after the Autumn Equinox with Mercury in direct motion on September 23. It might be easy to pass off any problems that crop up now as someone else’s fault or a small bump in the road—but this would be a mistake.

Paying very close attention now could give you a heads up as to what’s coming when Mercury stations direct in November. As they say, a word to the wise is sufficient. Since Mercury makes the final two squares to Saturn while stationary (on November 1 in retrograde motion and on November 6 in direct motion), this will increase the pressure quite a bit. Fortunately, the station occurs in the bounds of Venus, and as a benefic, Venus affords some mercy via loved ones, friends, or social contacts. Also, since Jupiter rules the third decan of Libra, we may be able to secure more wiggle room and rest from the strife of this transit than otherwise. Together, these may help to soften the blow somewhat, but ultimately we will still be required to accept at least some part of Saturn’s demands for hard work, delays, and/or restrictions and adjust our boundaries, structures, and long-term plans accordingly.

For Halloween, this means we could be dealing with a lot as spooky season rolls out. While we want to have our fun and experience things during times like this, we need to stay calm. Just because we’re more emotional and a lot of tension seems to be heightened doesn’t mean we cannot make the most of the festivities.

One way to make the most of these energies is to really open up and do your best to spend time with people who are willing to hear you out. Don’t waste your time with someone who refuses to see your side of things or someone who won’t let you express yourself properly when you’re with them. I feel like Mercury seems to be retrograding around the time Halloween comes in many cases and throughout the years we’ve all gotten more capable at handling the things it brings to the table.

As you know, Mercury retrograde can be hard but it can also be a great learning experience for us all. Reconnect with people you otherwise would still be losing, come together in ways that make sense, and stop holding back. Perhaps this Halloween is our chance to finally have some fun all the while really letting others in for once.