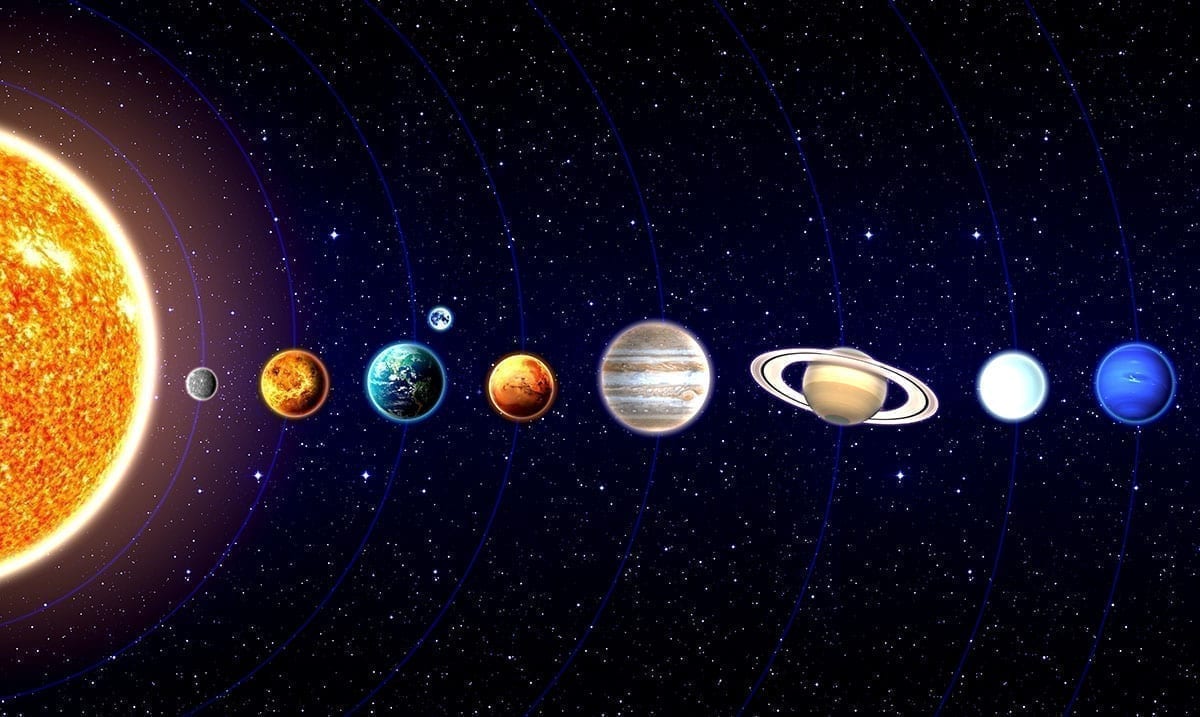 Mercury, Venus, Mars, Saturn, Jupiter And Uranus Will All Be Visible In The Sky This Week

This week is going to be one that really gets us looking up. If you have a telescope, now is the time to get it out.

While we already know the Taurids are peaking right now and will be present for a few more weeks, shooting stars will not be the only thing present in the night sky. This week you will also be able to see the planets Mercury, Mars, Venus, Saturn, Jupiter, and Uranus. Yes, six planets will be visible and you won’t want to miss them.

While Mars, Jupiter, Saturn, and Uranus will be visible around nightfall, according to Earth Sky Venus and Mercury will be more-so visible during the morning hours before the sun comes up. Venus for me is always the easiest to pick out and is one we have been seeing for several months off and on within reason. Mercury, however, will be about 18 degrees ‘west of the sun’ which might help you locate it. While these celestial bodies will be visible to the naked eye overall, for the best viewing using a telescope or a pair of binoculars would be the best bet.

Jupiter and Saturn will be near one another and if you want to look for them Earth Sky suggests looking for the teapot first in the night sky. This constellation is one that not many people realize looks like a teapot but once you see it, you cannot unsee it. To the left of this constellation will be both Saturn and Jupiter.

Space.com wrote as follows on where Uranus and Neptune will be in the sky and viewing them:

During November, blue-green Uranus will be visible all night long while it travels slowly westward in southwestern Aries — about 11 degrees south of Aries’ brightest star Hamal, or 5 degrees north of the stars that form the top of Cetus’ head. Fresh from opposition on Oct. 31, Uranus will still appear slightly larger and brighter in telescopes during early November, especially in late evening, when it’s 60 degrees high in the southern sky. The bright moon will pass a few degrees south of Uranus on Nov. 27, showing you where Uranus is — but use the moonless middle weeks of the month to try seeing the magnitude 5.7 planet with unaided eyes or binoculars.

Neptune will be well-positioned for observing in the evening sky during November. The best time to view the distant planet will be when it culminates 40 degrees above the southern horizon — at about 9 pm local time on Nov. 1 and two hours earlier on Nov. 30. On Nov. 28, Neptune will complete a retrograde loop that has been carrying it westward through the stars of Aquarius since late June — then it will resume regular eastward motion. From dark sky locations the magnitude 7.9 planet can be observed in good binoculars and backyard telescopes. Look 44 arc-minutes to the northeast of the medium-bright star Phi Aquarii. Both the planet and that star will appear together in the field of view of a telescope at low magnification (red circle).

There are tons of great astronomical events going on throughout November of 2020 and I for one don’t want to miss seeing any of these planets. My telescope is out and ready to go. Are you going to be taking a moment to see any of these celestial bodies? I am actually especially excited to keep my eyes on Mars for a few nights.