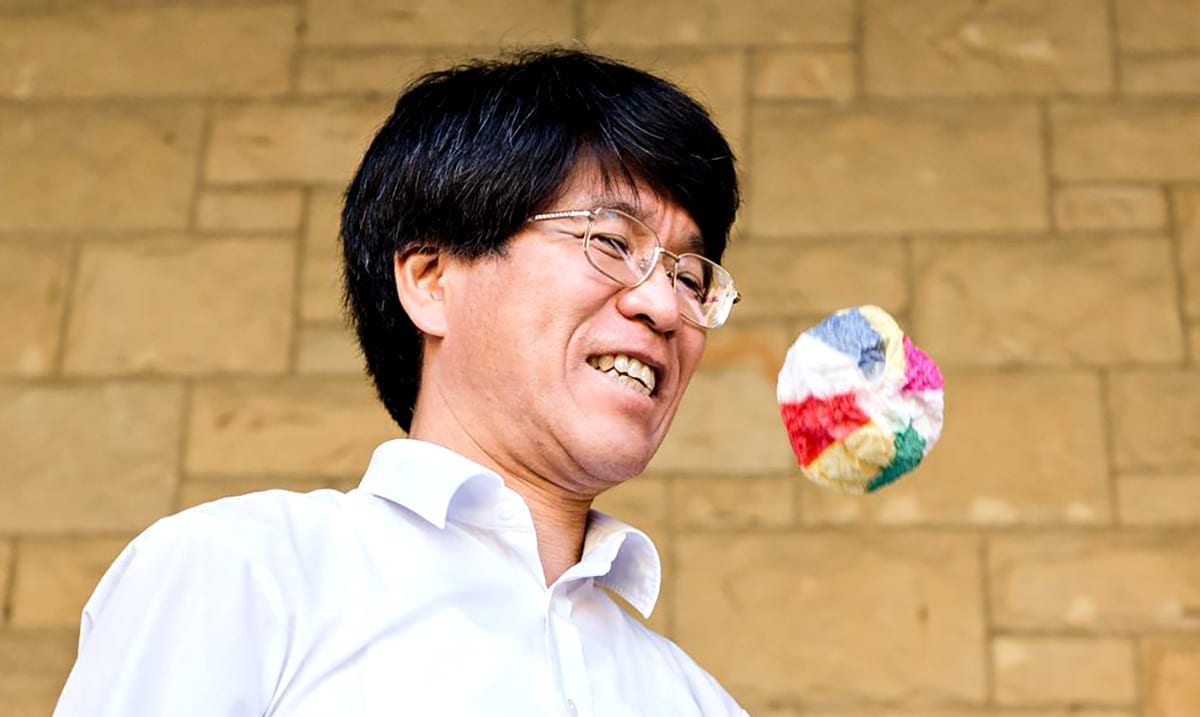 Mathematician Does The ‘Impossible’ And We’re All Blown Away

By Gerald SinclairSeptember 16, 2020No Comments

Sure, we all know that in this world some people are capable of things that others could never fathom but this one even has me tripped out. I recently came across a video on YouTube that has me and well, everyone who seems to have watched it mind-blown.

This video is from 2018 and was posted by Numberphile. Within this video, Tadashi Tokieda who happens to be a Japanese Mathematician who is a professor at Stanford University can be seen doing the ‘impossible.’ You see, Tokieda is able to put a round peg through a square hole. While a lot of people think they would be able to figure this one out when presented something similar they just can’t.

While some people assumed Tokieda was somehow cheating the system but as he explains in the video, he actually isn’t. What he’s doing is possible because it uses the ‘inner dimension’ of the sheet of paper to his advantage. I know, that sounds a bit odd but whatever it is he’s doing really does the trick, at the very least.

Tokieda says as follows on how this works:

“It has to do with the intrinsic, or inner dimension, of this piece of paper, which is two dimensions, and the fact that this sheet evolves, or flourishes, in the ambient three-dimensional space. There is some elbow room, there is some ambient space.”

“This is all possible because when we do this maneuver, you’re allowing the whole thing to come out into 3D and then come back down [into 2D],”

“This fact that you can escape into the ambient third dimension and come back in… gives you this.”

I know that is still quite confusing but that’s his explanation and that’s how he makes it work. To see Tokieda do this himself take a look at the video below. While the peg is round and larger than the square hole in the paper, he gets it through just fine. Isn’t it amazing? What do you think of this?

Tokieda really is a powerful mind and who knows what other amazing tricks he has up his sleeve. I am sure I could watch him do things like this for days on end. The things he can do are extremely amusing, wouldn’t you agree?