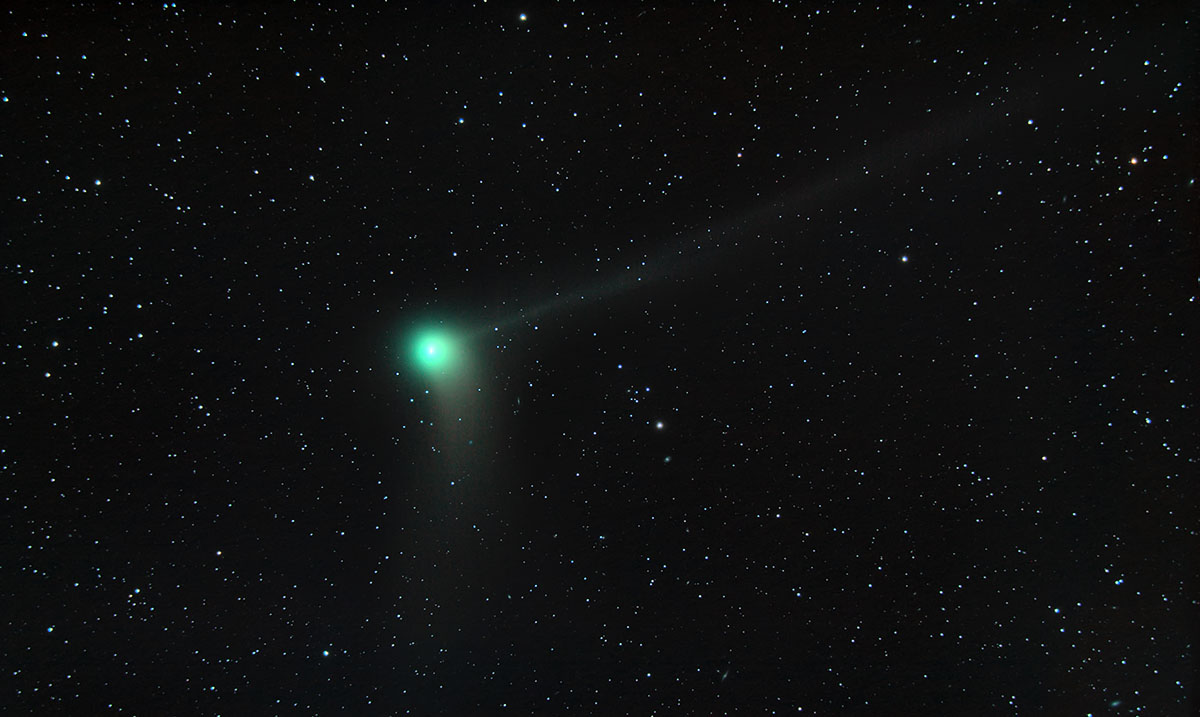 By Harley MansonJanuary 12, 2023No Comments

A massive ball of ice named c/2022 E3 was discovered last year, after never being seen before. According to NASA, the comet will likely be visible in our skies throughout late January and February.

Comet E3 is a green comet that has been around for so long, that the last time it made its way around Earth, astronomy did not exist. On February 2, it will make its closest approach to Earth in over 50,000 years.

The comet was discovered by astronomers using the Zwicky Transient Facility’s wide-field survey camera at the Palomar Observatory in San Diego County, California. E3’s orbit around the sun moves through the outer solar system, which is one of the reasons why its journey back around Earth has taken so long.

For those of you who enjoy sky gazing, if you are located in the Northern Hemisphere, you are in luck. On January 12, around midnight, EarthSky reports that the comet will be visible with binoculars or telescopes just before midnight. As the comet has gotten closer and closer to the sun, it has become brighter and brighter, which means that the closer it gets to Earth, the easier you can spot it.

NASA has even commented and said that it could even be visible without binoculars or a telescope, but only time will tell. To distinguish the comet from the other planetary bodies in the sky, the comet has a beautiful tail of dust and particles that are a glowing green color. When observed through telescopes, the comet is likely to be a fuzzy green mass, because of the coma which envelops it.

“Comets are notoriously unpredictable, but if this one continues its current trend in brightness, it’ll be easy to spot with binoculars, and it’s just possible it could become visible to the unaided eye under dark skies,” NASA explains. However, even if it does not reach its full brightness, it should still be observable with binolculars. Happy star gazing!