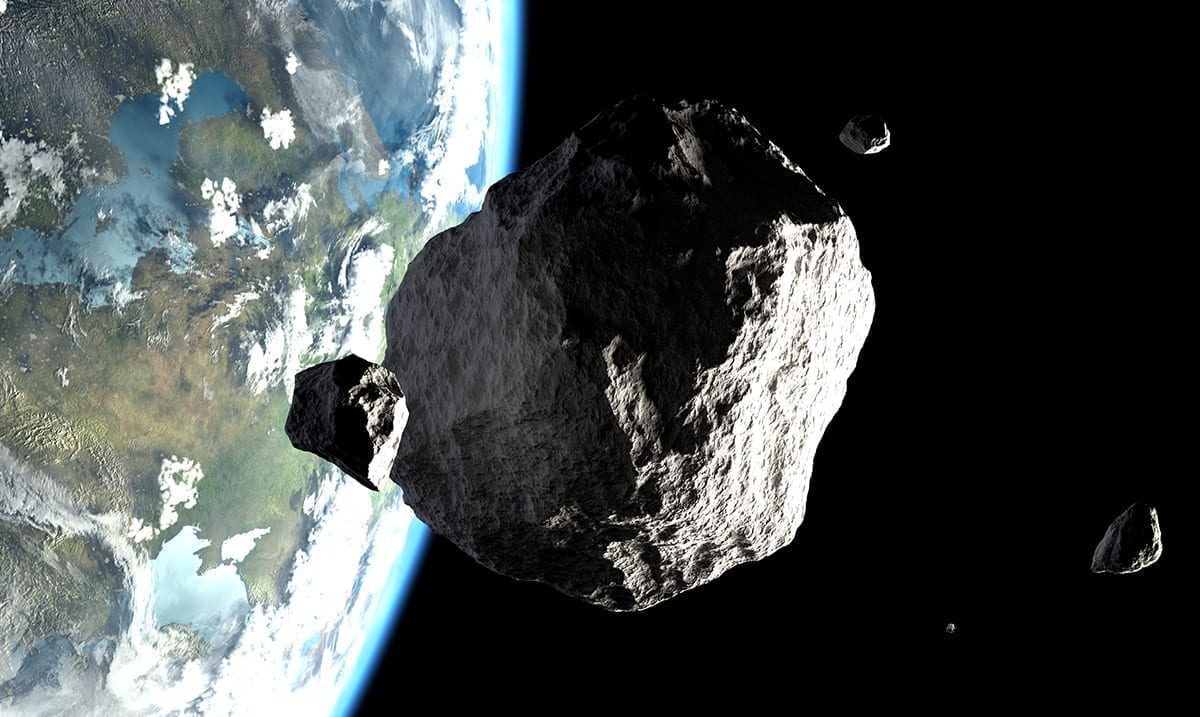 Massive Asteroid To Fly Past Earth On July 24th!

While we hear about asteroids and things like that all the time it seems even we can’t quite keep up with them all as the public. Luckily though, NASA does a good job of keeping an eye on NEOs or Near-Earth Objects.

One specific NEO is making headlines as of late as it is set to pass our planet on the 24th of this month (July). This NEO is the asteroid known as 2020 ND. 2020 ND is according to the Express ‘one and a half times the size of the London Eye.’ Its closest approach will be on the day noted above and well because of its status as ‘potentially hazardous’ some seem to be quite concerned.

All of that having been said, when it comes to NASA potentially hazardous is just something they put on NEOs as a precaution. This one is expected to pass by our planet with ease as all the others they’ve watched basically have. While it has the potential to be hazardous, the chances of something terrible happening are next to none.

The India Express wrote as follows on this topic:

“Potentially Hazardous Asteroids (PHAs) are currently defined based on parameters that measure the asteroid’s potential to make threatening close approaches to the Earth. Specifically, all asteroids with a minimum orbit intersection distance (MOID) of 0.05 au or less are considered PHAs,” NASA said in a statement.

According to NASA, asteroid 2020 ND is about 170 meter-long will be as close as 0.034 astronomical units (5,086,328 kilometers) to our planet. The asteroid is traveling at a great speed of 48,000 kilometers per hour. The distance from the earth is what categories this asteroid as “potentially dangerous”.

NASA’s Center for Near-Earth Object Studies (CNEOS) has revealed that the 2016 DY30 will be as close as about 0.02306 astronomical units to Earth which translates to 3.4 million kilometers. The closest approach of the bigger asteroid will be on July 19 at 10:02 AM IST. It has been classified as an Apollo asteroid because it crosses Earth’s path while traveling around the sun.

The 2020 ME3 will be farther away from Earth when it reaches its closest distance to the planet at 02:51 AM IST the next day (July 21). The expected distance from Earth of the smaller asteroid is about 0.03791 astronomical units which translate to 5.6 million kilometers. It has been labeled as an Amor asteroid as it does not cross Earth’s path and only flies close to Earth on several occasions.

However, these asteroids’ two asteroids don’t pose a threat to our planet.

I hope that in itself has cleared some things up for you. No, the world isn’t going to end but these asteroids are still quite interesting to be aware of. There is always something zooming by our planet in space whether we are aware of it or not.