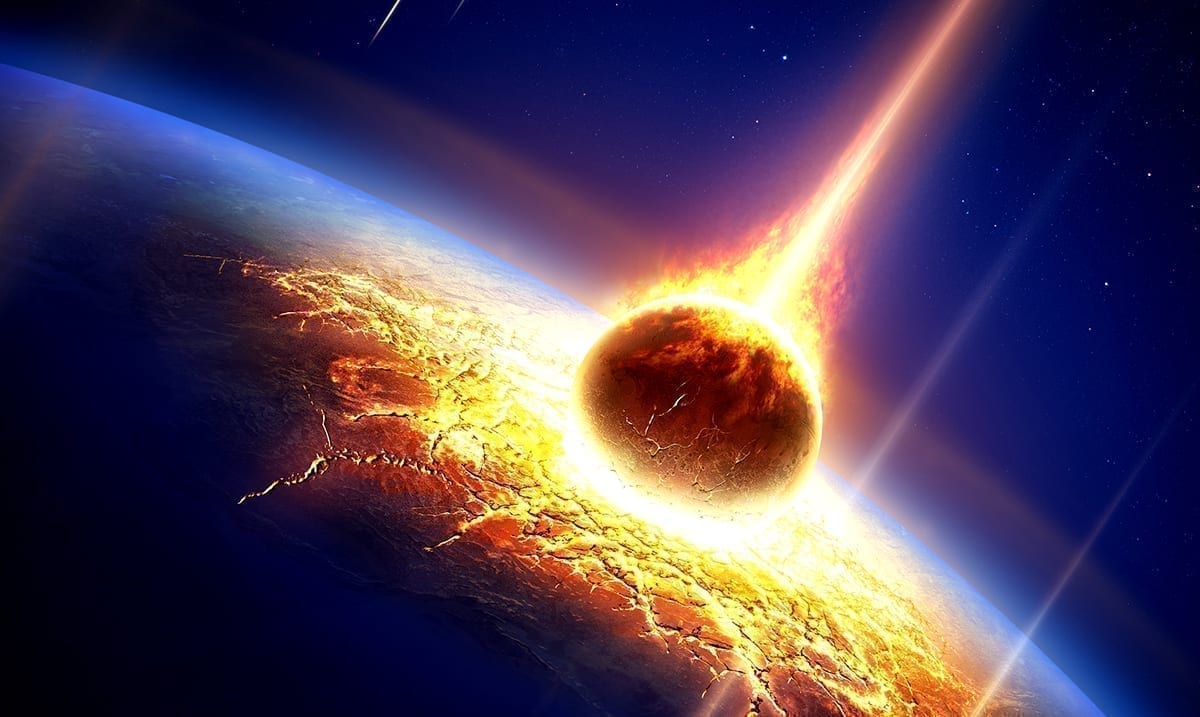 Massive Asteroid Could Potentially Make Impact On Earth In 2068

While this asteroid seems to be on track for making contact with our planet, it won’t be doing-so for quite some time. This asteroid is known as Apophis and well, it seems to be ramping up as of late in big ways.

According to Daily Mail, this asteroid has been picking up speed lately and comes from the asteroid itself having picked up heat from the Sun. Recent findings brought forth on this really put things into perspective and while potential impact won’t be until the year 2068, if it does end up hitting our planet it would release the equivalent of about 880 million tons of TNT exploding all at once. Doesn’t that sound quite frightening?

The Metro wrote as follows on the interesting new information that has been brought forth:

Before the new observations, Earth impact was not thought probable – but it now seems possible that the asteroid could hit our planet by April 12, 2068.

If the celestial body were to collide with the Earth, it would trigger an explosion equivalent to at least 880 million tons of TNT.

The Yarkovsky effect, named for the Polish civil engineer Ivan Yarkovsky who wrote about the phenomenon around 1900, occurs when a difference in temperature between star radiation and radiation from inside the asteroid, what’s called ‘non-uniform thermal radiation’, causes the object to gain speed.

Prior to the discovery of Apophis’ acceleration, the impact was said to be impossible, but the new findings suggest the asteroid has a chance of crashing into Earth in a catastrophic collision.

NASA’s Sentry Risk Table keeps a running tally of the most dangerous objects that may hit Earth, and Apophis is currently third on the list – with a 1 in 150,000 chance of striking.

However, astronomer Dave Tholen, who works on the University of Hawai’i telescope that observed the asteroid, believes that risk is more like 1 in 530,000, once Yarkovsky radiation is taken into account.

Now, while 1 in 530,000 might sound like pretty good odds, it still means this asteroid could end up making contact with us. While we’ve known about this asteroid for quite some time now, we’re only now beginning to really understand it and this information might be worth being aware of. As it gets faster and things change, the chances of impact could even potentially go up.

Business Insider wrote as follows breaking this down a bit:

“The new observations we obtained with the Subaru telescope earlier this year were good enough to reveal the Yarkovsky acceleration of Apophis, and they show that the asteroid is drifting away from purely gravitational orbit by around 170 meters per year, which is enough to keep the 2068 impact scenario in play,” said Save Tholen, co-author of the paper presented at the 2020 virtual meeting of the Division for Planetary Sciences of the American Astronomical Society.

It’s not uncommon for small asteroids between the size of 5 to 10 meters to pass by Earth, but asteroids the size of Apophis are rare. Not only are they fewer in number, but don’t normally come this close to Earth.

Before 2068 rolls around, Apophis is scheduled to visit Earth even sooner on April 13, 2029. The massive 340-meter asteroid will be visible streaking across Earth’s skies without the aid of a telescope or binoculars.

According to NASA, even this close encounter may have an impact on Apophis. Since it will only be 30,000 kilometers from the planet – Earth’s gravitational field may impact the way the asteroid spins or result in a change on its surface.

While we don’t know whether or not impact is going to happen at the moment, once it passes in 2029 we will know even more. Perhaps this earlier approach will change it enough to keep it from smashing into us. That being said, anything can happen.