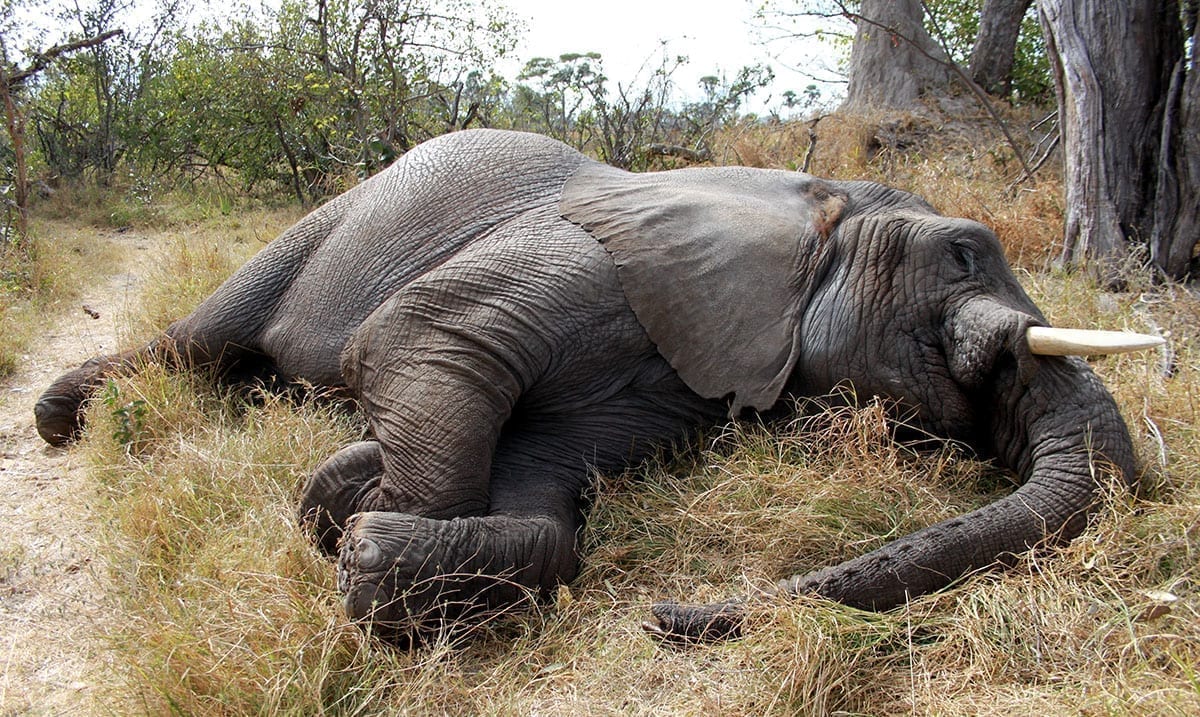 While you may know that there have been lots of elephants dying in Botswana until recently we weren’t sure exactly what was happening or why they were dying at such a rate. That being said, we now know they were facing a bacteria that was growing in watering holes and places of that sort.

According to the Wildlife Department in Botswana, these pachyderms were dying as a result of a poisoning from something known as cyanobacteria. While their deaths were initially quite mysterious now that we know what is going on we can hope to make changes that will protect these animals in the future moving forward. You see, this country is one that has a very large elephant population and that population is extremely important.

When speaking to reporters from Barrons.com, as follows was noted by those from the Department of Wildlife and National Parks:

“The deaths were caused by poisoning due to cyanobacteria which was growing in pans” or watering holes, the principal veterinary officer of the Department of Wildlife and National Parks, Mmadi Reuben, told reporters.

Reuben said the deaths had “stopped towards the end of June 2020, coinciding with the drying of pans.”

According to the wildlife authorities around 330 animals have died and blood tests were consistent with the finding that a species of cyanobacteria that produces neurotoxins was the cause.

Tests were conducted at specialist laboratories in South Africa, Canada, Zimbabwe, and the United States.

Officials have ruled out anthrax or human involvement such as poaching, according to Cyril Taolo, deputy director of Department of Wildlife and National Parks.

While more research needs to be done, and we’re not quite sure what steps need to come next, understanding this is putting a foot in the right direction. While this investigation did take some time, it has paid off in a big way now that we’re able to better understand what is going on in this area. These tests have highlighted the Cyanobacteria and for those who do not know, this bacteria is one that is highly toxic to animals and is often referred to as ‘the blue-green algae.’

Weather.com wrote as follows breaking down what this bacteria actually is:

Cyanobacteria are microscopic bacteria that are usually found in inland waters and can be highly toxic to animals. Also referred to as the blue-green algae, they occur naturally in water and soil and particularly thrive in nutrient-rich waters.

The algae bloom accelerates during the summers when the temperatures are high and the water is warm. But now, thanks to the changing climate and warming globe, these blooms are steadily becoming more frequent.

When the cyanobacteria decay, they release harmful toxins called microcystin, whose presence can only be determined through laboratory analyses.

The alarm of these mysterious elephant deaths was raised when the first incident of an elephant dying was reported in Okavango Delta near Botswana in early May 2020. Soon after, local conservationists noticed more such mysterious fatalities, following which government officials undertook a flight over the Delta to examine the situation.

While deaths have slowed and not been reported since June 2020, working to prevent this bacteria or algae from coming back is important. Incidents like this do not need to happen again and perhaps we can work to get things better under control moving forth. While initially, people thought the issue at hand was anthrax, clearly that was not the case.