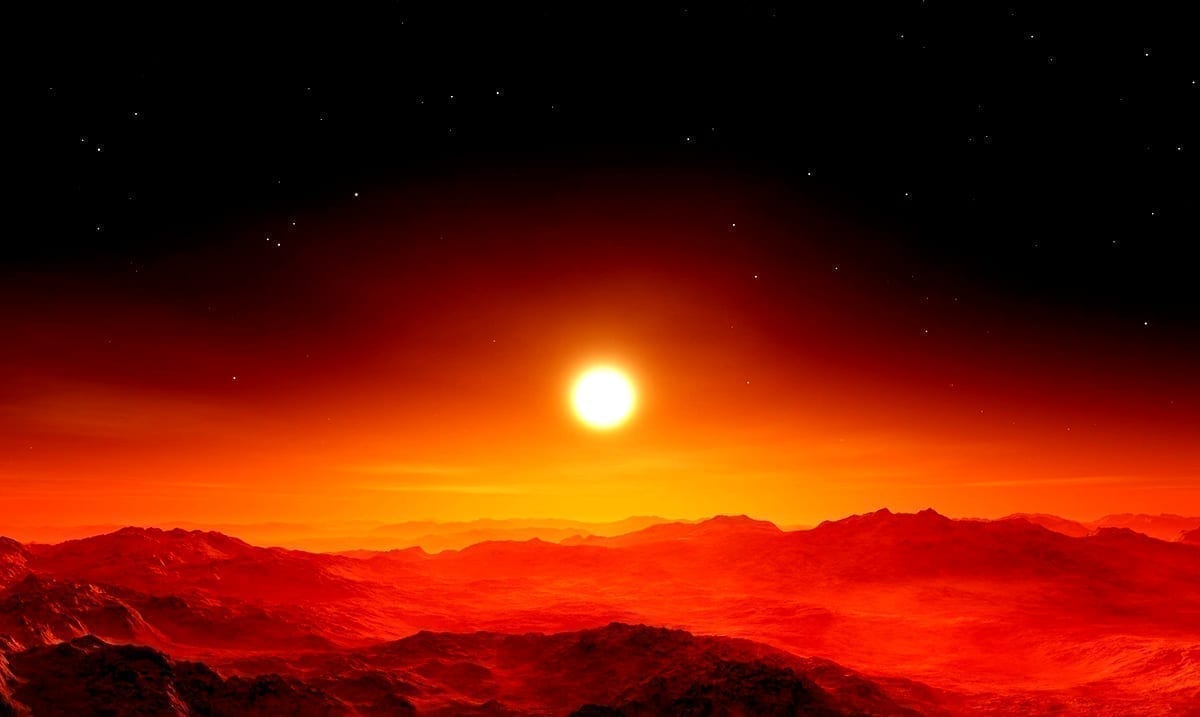 Mars Will Be Shining Bright In The Night Sky This Fall – Keep An Eye Out!

As we move into October Mars is making itself known big time. If you have a telescope, digging it out is a good option right now as things are really going to be spectacular throughout October.

According to Space.com, Mars is going to be lighting up the sky on October 6th as it makes a very close approach. This will be because the planet Earth will be sweeping closer as Mars itself does as well. This will be the closest approach we’ve seen in a long time and as noted by EarthSky it will be something we don’t see again this close until September of 2035.

That being said the red planet itself will also be very visible seemingly throughout the month of October as opposition will also be on the 13th as well. As you know planets and things in space are always moving so of course, sometimes there are planets closer to our own than others and this is basically something along those lines. I for one truly love any chance I get to see this beautiful planet and always take advantage when they come forth.

Space.com wrote as follows about all of this and how prominent the planet itself will be:

Because Earth and Mars follow elliptical orbits around the Sun, Mars’ closest approach to Earth usually occurs several days before or after opposition. Utilizing the United States Naval Observatory’s Multiyear Interactive Computer Almanac (MICA), I found that this year on Oct. 6, Mars will come within 38,568,816 miles (62,070,493 km) of Earth at 10:18 a.m. EDT (1418 GMT). At that moment, it will take a light beam 3 minutes and 27 seconds to cross the interplanetary gulf between Earth and Mars.

Opposition comes a week later, on Oct. 13. And it’s going to be a while until the next opposition brings Mars even closer; that will not occur until Sept. 11, 2035, when the planet will be 35.4 million miles (56.9 million km) away.

The next opposition of Mars will come in early December 2022, but because Mars will then be more than 12 million miles (19 million km) farther from Earth as compared to this month’s extreme opposition, it will appear to shine with just one-half of its current radiance; in telescopes, its disc will appear 24% smaller than it does now.

While it will be brighter on the 6th than it will be on the 13th regardless of when you view it, things will be well worth looking out for. To learn more about all of this take a look at the video below. Will you be watching? I for one cannot wait.