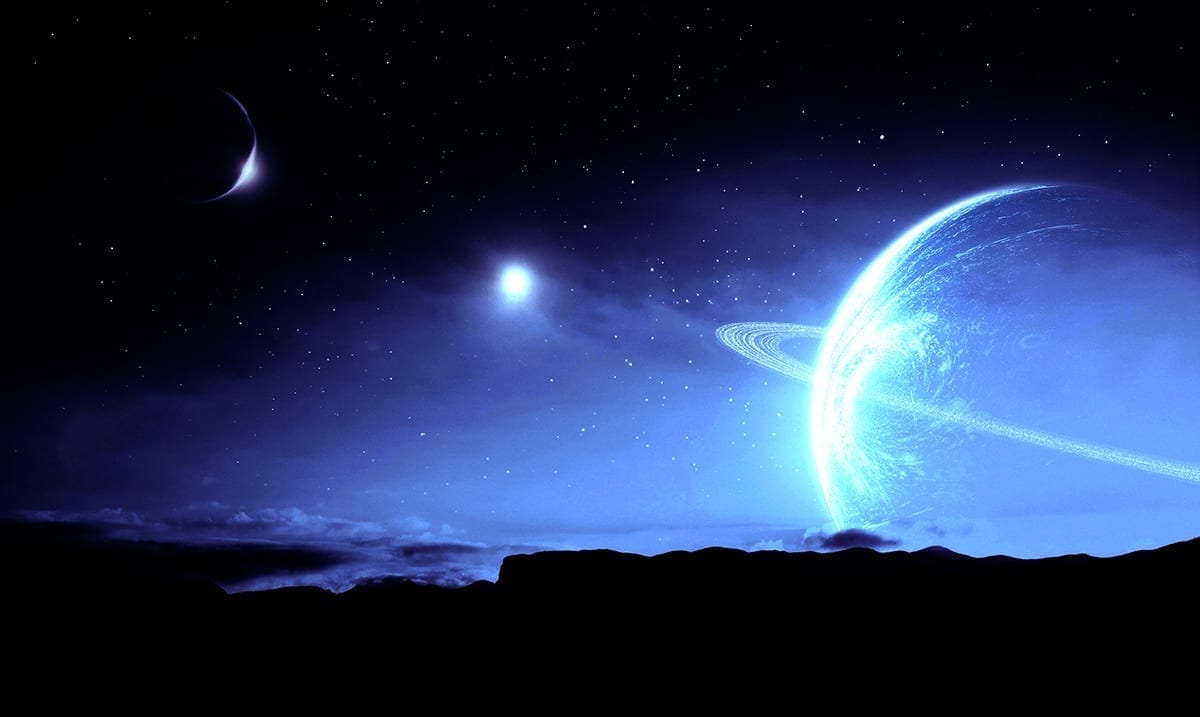 Mars Will Be It’s Brightest Wednesday, Visible With Saturn and Jupiter

As we continue through this month (October) we are nearing the interesting ordeal that is Mars opposition. On October 13th this will occur and that basically means that the red planet itself will end up appearing much brighter and larger than it actually is because of how it is positioned.

While it will not be the only planet visible in the night sky, it will be the one stealing the show. Whether you’re viewing with your naked eye or you’ve dug out your telescope, seeing this planet is quite the treat. Yes, it has been visible all month but not as properly as it is right now. The night of the 12th and the night of the 13th are well worth taking the time to check on when it comes to really viewing this amazing celestial body.

During opposition, Mars, Earth, and the sun form a straight line, with Earth in the middle. As a result, the Red Planet appears bigger, brighter, and redder than usual — and the planet won’t get this close to Earth again until 2035, according to a statement from Sky & Telescope.

While Mars will be at its maximum apparent size when viewed through a telescope, the Red Planet actually made its closest approach to Earth last week, on Oct. 6, when the two planets were separated by just 38.6 million miles (62 million kilometers).

Mars orbits the sun at a greater distance than Earth and takes about 26 months to complete one orbit around the sun. Due to these different orbital speeds, Mars oppositions occur every two years or so.

For this year’s Mars opposition, observers in the Northern Hemisphere will have an exceptional view of the Red Planet, which is positioned farther north and higher in the sky than during the 2018 event, according to Sky & Telescope.

“Indeed, Mars won’t be comparably close and well-positioned for northern observers again until it reaches opposition in 2052, making this year’s opposition all the more noteworthy,” Gary Seronik, consulting editor for Sky & Telescope magazine, said in the statement.

For most of October, the Red Planet will appear brighter than any other object in its vicinity. Mars will rise in the east as the sun sets, and reach its peak in the night sky at midnight when it is high above the southern horizon. While Mars is easy to distinguished thanks to its reddish color and is visible to the naked-eye during opposition, skywatchers will still want a high-quality telescope to view its famous surface features in greater detail.

As noted above, there will be other planets present as well so viewing those might also be something you want to give a go. Sure, they won’t be as bright or large as Mars but knowing where they are and that you can see them might really give you a treat, it always does me. I love pinpointing this kind of thing and really working to figure out where the celestial bodies are.

The other visible planets at the moment are going to be Saturn and Jupiter, according to Earth Sky. They are near one another and will be moving westward across the sky from dusk until late at night. I know, that might not explain much but they’re actually quite easy to spot as well.

Earth Sky wrote as follows on these two planets on their website:

All the same, these two worlds remain bright and beautiful throughout October, plus they appear highest up for the night at nightfall.

If you have a telescope, it’s best to use it when Jupiter and Saturn are highest up for the night at nightfall and early evening. These two worlds will be sinking westward as nighttime deepens, so catch them at early-to-mid evening. Typically, the view of Jupiter’s four major moons and Saturn’s glorious rings through the telescope is sharper when these worlds are higher up than lower down. The thickness of the Earth’s atmosphere near the horizon tends to blur the view of Jupiter’s moons and Saturn’s rings.

Look first for brilliant Jupiter; Saturn is the bright object immediately to Jupiter’s east. Although Saturn is easily as bright as a 1st-magnitude star – as bright as the brightest stars in our sky – the ringed planet can’t compete with the the king planet Jupiter, which outshines Saturn by some 13 times. After all, Jupiter almost always ranks as the fourth brightest celestial object, after the sun, the moon, and the planet Venus, respectively (although Mars will temporarily reign as the fourth-brightest celestial body – and Jupiter as the fifth-brightest – in October 2020).

For the first time since the year 2000, Jupiter and Saturn will exhibit their great conjunction in December 2020, for the closest coupling of Jupiter-Saturn conjunction on the sky’s dome since the year 1623. Astronomers use the word conjunction to describe meetings of planets and other objects on our sky’s dome. They use the term great conjunction to describe a meeting of the solar system’s two biggest planets, Jupiter and Saturn. The last great Jupiter-Saturn conjunction was May 28, 2000. The next one will be December 21, 2020. But October 2020 presents a fine time to start watching these worlds.

I love looking out at the stars and any excuse to get my telescope out is well worth it to me. I for one think all who can should try to experience this kind of thing. Viewing planets is an amazing experience for us all.