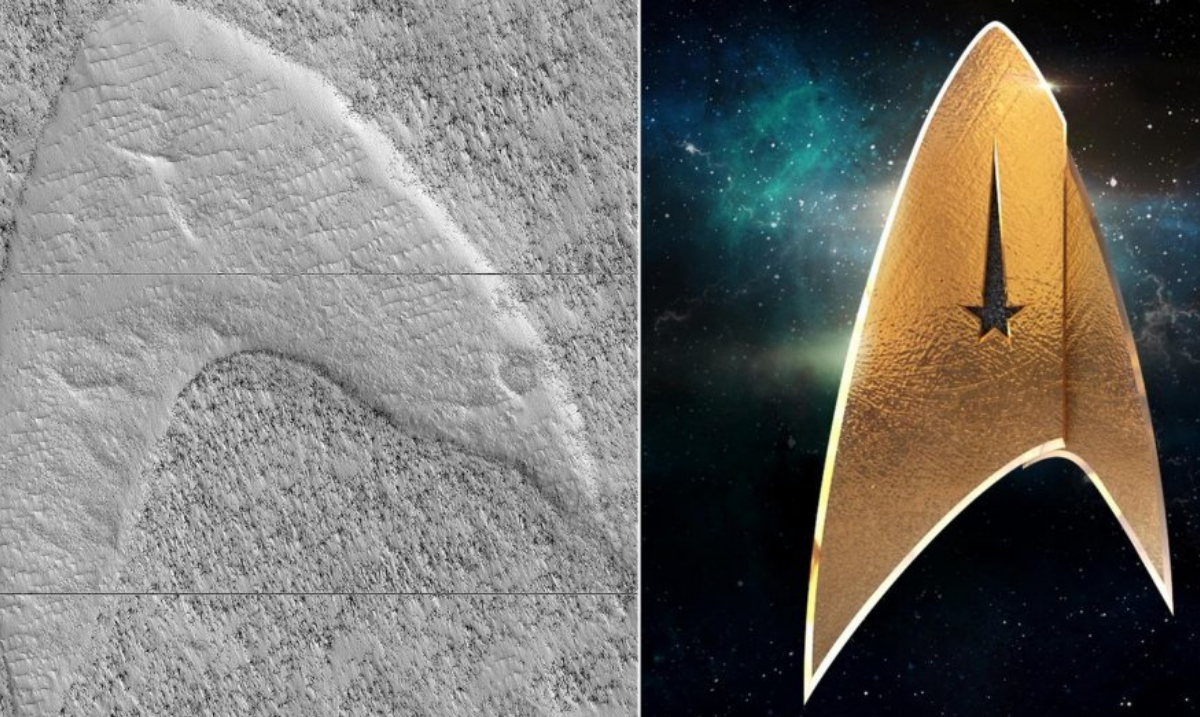 Mars Has Joined The United Federation Of Planets

If you are a Star Trek fan like me, then please find a place to sit down before you proceed to read the next sentence. Possibly the coolest thing that ever happened in the entire world has happened- a Star Trek ‘Starfleet’ logo has been discovered on Mars……******screaming internally*****

The unique chevron associated with the Starfleet was found on a Martian sand dune in the southeast Hellas Plantia region during a MRO HiRISE (High-Resolution Imaging Science Experiment) that was carried out by the University of Arizona on Wednesday.

“Enterprising viewers will make the discovery that these features look conspicuously like a famous logo,” the camera team behind the MRO HiRise image said.

The awe-inspiring formation has an extremely long geologic history and began as a crescent-shaped dune that later became an island in a sea of lava. However, the island was later sand-blown naturally due to the wind.

Planetary scientist Ross Beyer explained that ‘These are also called ‘dune casts’ and record the presence of dunes that were surrounded by lava.’

When viewing Mars in a wider light, you can see more of the same patterns. While it may look like the Star Trek logo, this is merely a coincidence, according to the researchers. Sadly, there is no actual proof or evidence of a crazed Trekkie making the impression…YET.

The MRO has actually been exploring the region since 2006, and during this time, it has caught some amazingly detailed images, but none quite yet have been captured of an alien sporting the often referenced Vulcan salute, but a girl can always dream.