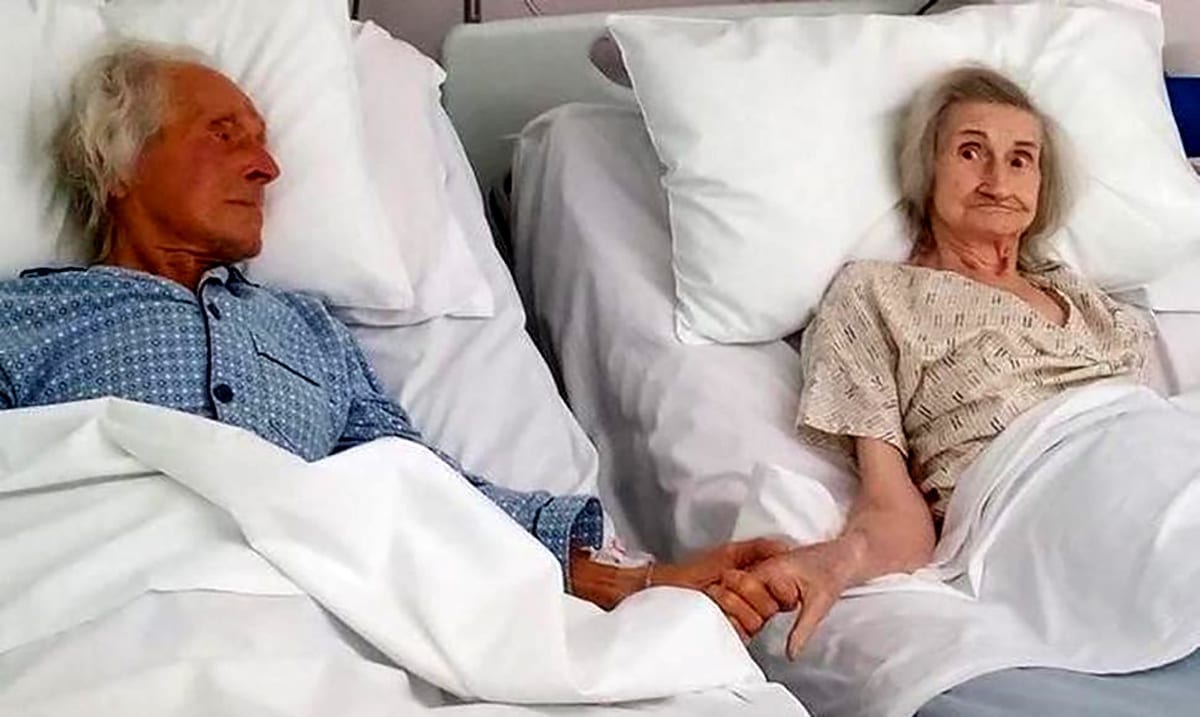 By Gerald SinclairJuly 13, 2020No Comments

While it is heartbreaking, a very sad story has come forth that has been touching many people as of late. One elderly couple has said their final goodbyes and well, we’re all in tears.

According to The Independent, a couple who have been married for 62 years were finally able to hold hands one last time as the husband was going to pass soon and the wife was to be discharged. This couple John and Marjorie Wilson had both been hospitalized for different illnesses and not allowed to really be with one another for much time while at the hospital. You see, John had terminal cancer and when she was to be discharged she would be returning to the nursing home where she would be cared for and so, spending time with John was not as possible as many would have hoped for it to be.

That all having been said one amazing Nurse by the name of Emma Barker took things into her own hands and pushed their beds together, so they could spend some time with one another while they had the chance. While it was no more than a mere 10 minutes the two held hands and thoroughly enjoyed the last bit of time they would share with one another. Soon after this, John passed away on the 15th of June.

The Independent wrote as follows on this tear-jerking story:

She [the nurse] said: “I can’t even imagine what it’s like to be married to someone for more than 60 years and know that you’re never going to see them again.”

As the couple, from Ashbourne in Derbyshire, lay next to each other for 10 minutes, she also took a photo for their family.

“The picture had everyone crying when they saw it – it was very emotional and powerful,” she said.

“The whole reason you become a nurse is to care for people and to have moments like this.

“To now know that Mr. Wilson’s son will have, not only this photo but also the knowledge that his father saw his mother for a final time, will remain a significant memory for me.”

In a letter of thanks for the picture, the couple’s son Kurt said: “I’d like to say a special thank you to Sister Emma, who had the foresight to take a photo of mum and dad together for the last time.

As you can see below, this picture really does speak a thousand words. John when passing was 92 and his wife Marjorie is currently 88. The two have truly lived a long life together, and they deserved at the very least this amazing moment. Hand in hand you can tell they do truly belong with one another.

While it is upsetting, someday Marjorie will be able to find John again, and I am sure he will be more than happy to hold her hand then as he did here. Moments like this truly are what we appreciate most in life and as their son said, this picture really does mean the world to him and so does the intent behind it. I can only hope someday if I am in a similar situation a wonderful nurse also does this for me.