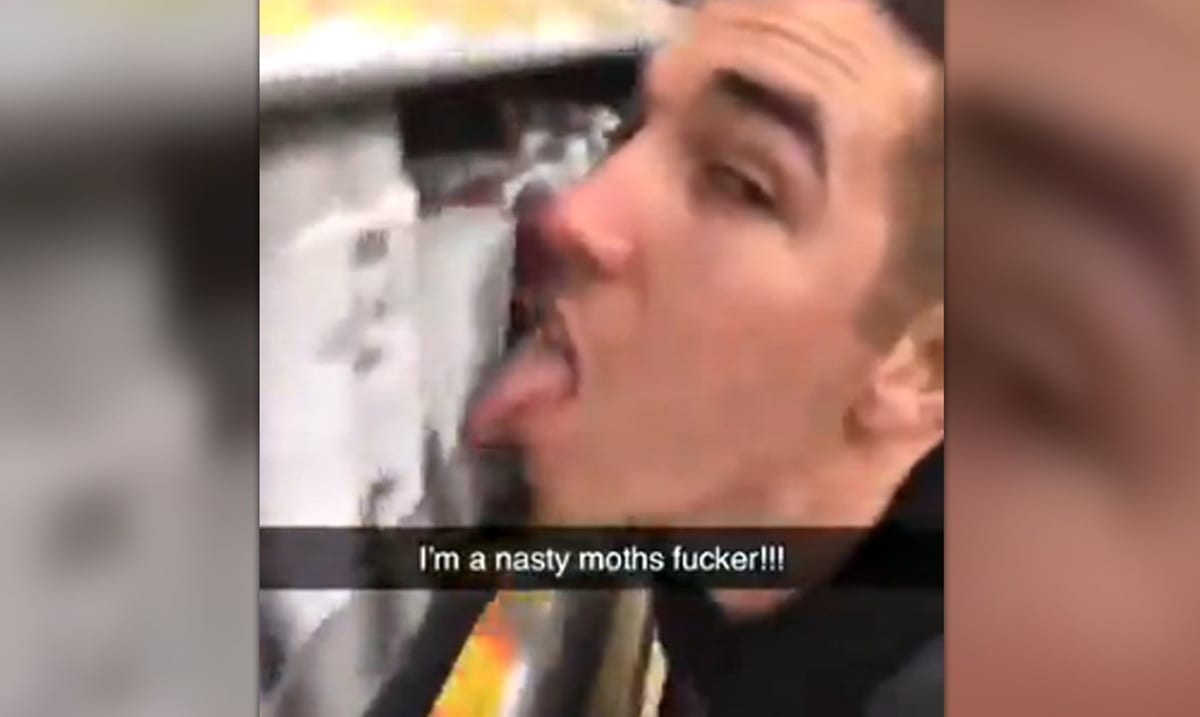 While a lot of people are making light of the current global pandemic and trying to use jokes to make things a little easier on everyone, some people are taking things too far. Sure, jokes are fine within reason but please don’t put yourself or others at risk for ‘clout’ online.

In recent times The Police Department of Warrenton Missouri has arrested a man who posted a video of himself online licking a bunch of what appears to be deodorant sticks within a Walmart in Warren County. That man’s name was and is Cody Pfister who has been charged with making a terror threat in the second degree. While some might think this is a bit extreme saying things like ‘who’s afraid of the coronavirus?’ while licking items you’re not buying is not a good idea and exposes people to more germs than the potential coronavirus.

Pfister is 26 years old according to Riverfront Times and should know better than to run around doing things like this for a mere fifteen minutes of fame on the web. This video was shared in so many places across the globe and really upset the vast majority who saw it. It seems the video was filmed around March 11th and while this is a low-level felony it should be enough to keep Pfister and hopefully others from doing things like this in the future.

In regard to this arrest the City of Warrenton Police Department posted as follows on their Facebook page:

“A local resident who took a video of themselves licking the merchandise after making a “Corona Virus” statement at Walmart and posting it to social media has been taken into custody. Charges will be pending through the Warren County Prosecuting Attorney’s Office.

This particular video, which won’t be shared here, has gained some international attention and we have received numerous reports about the video from locals, nearby residents, as well as people from the Netherlands, Ireland, and the United Kingdom. We take these complaints very seriously and would like to thank all of those who reported the video so the issue could be addressed.”

Many in the comments for this posting say that he should at the very least be forced to work in a hospital where those fighting for their lives are present. That an attempt to make him better understand just how dangerous this virus is for those who are most at risk. However, it doesn’t appear anything like that will happen.

St. Louis Post-Dispatch reported as follows on the topic:

In the posted video, Pfister looks at the camera and asks, “Who’s scared of coronavirus?” before licking a row of deodorant sticks for purchase.

Pfister “knowingly caused a false belief or fear that a condition involving danger to life existed,” court documents state, adding that he acted “with reckless disregard of the risk causing the evacuation, quarantine or closure of any portion” of Walmart.

Pfister’s attorney, Patrick J. Coyne, said in a statement Wednesday that the video was actually taken on March 10, the day before the World Health Organization declared COVID-19 a pandemic.

“Public conduct that was immature on March 10 looks completely differently through the lens of today,” Coyne said. “Everything has changed at warp speed, but that should not work retroactively and convert a tasteless and impulsive act into a criminal terrorist threat.”

What do you think about Pfister’s actions and do you think he should be getting a lesser charge or that the one he has is fair? For more information on this please check out the video below. This virus is not something we should refuse to take seriously, people are losing their lives.