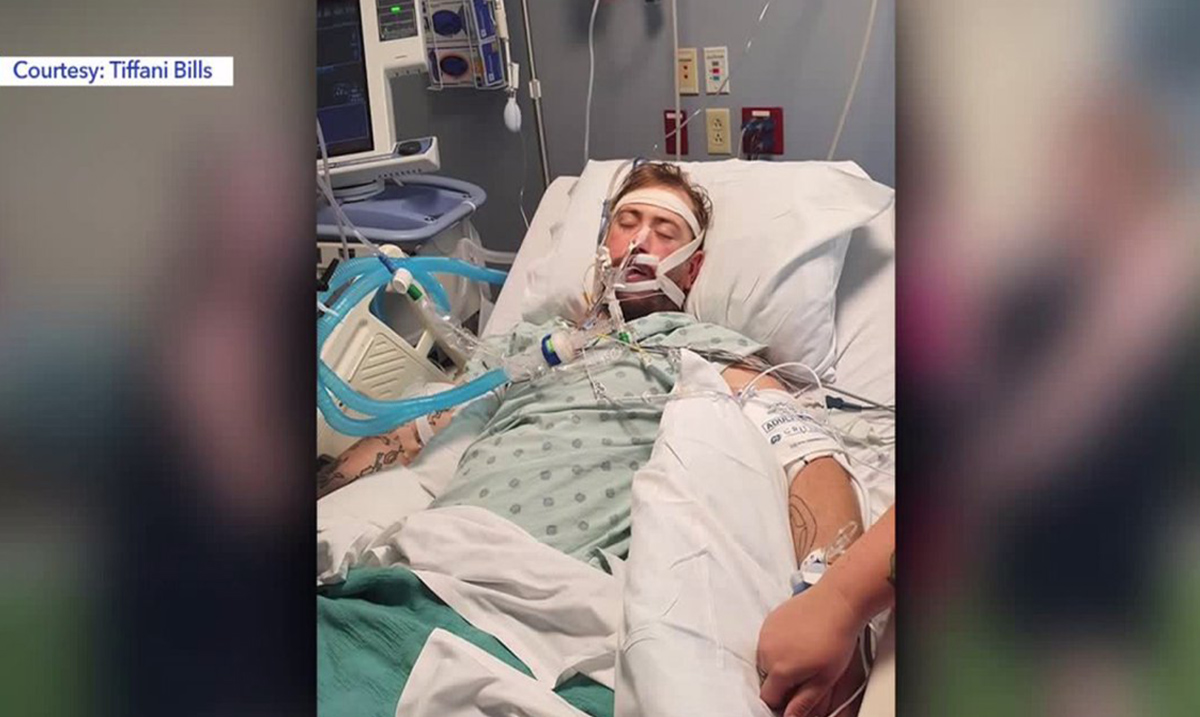 Sean Bills, 31, was admitted to the hospital this past Saturday due to shortness of breath, pain, and feeling as though he couldn’t breathe.

Later he was diagnosed with lipoid pneumonia and placed on life support, and doctors believe it is due to fat particles in his vape juice.

“It hit out of nowhere, that’s for sure,” Bills said. “They’ve had four other cases. My husband is the fifth at the hospital right now in critical condition because of vaping.” And while the two have been vaping for years, Bills, who was otherwise healthy ended up at Jordan Valley Hospital.

It’s starting with shortness of breath and pain and not being able to breathe,” Tiffani explained. “That’s why he’s in a coma right now, is because he can’t breathe on his own.”

Since her husband was admitted and diagnosed, Tiffani has stopped vaping, and has issued an urgent plea to those still vaping: “Stop,” she said. “Stop right now before it gets worse. I mean, it’s not worth your life.”

And Bills isn’t alone, as 10 identified cases of the same lung disease have taken place in Utah. Across the nation, at least 150 other people in 16 states have developed similar issues, based on the CDC’s reports.

Due to the rise in the diagnosis of this illness, doctors have been encouraged to ask patients if they vape, to make sure to issue treatment promptly. However, Rebecca Ward, a spokesperson told the Salt Lake City Tribune that it could be vaping, or it could be an outbreak, and even a mixture of both.

“We don’t know the cause. It is truly a result of vaping? That’s what we’re investigating,” Ward said. “It’s such a new phenomenon that it’s challenging for the clinicians. Nobody has a really good answer at this point.”