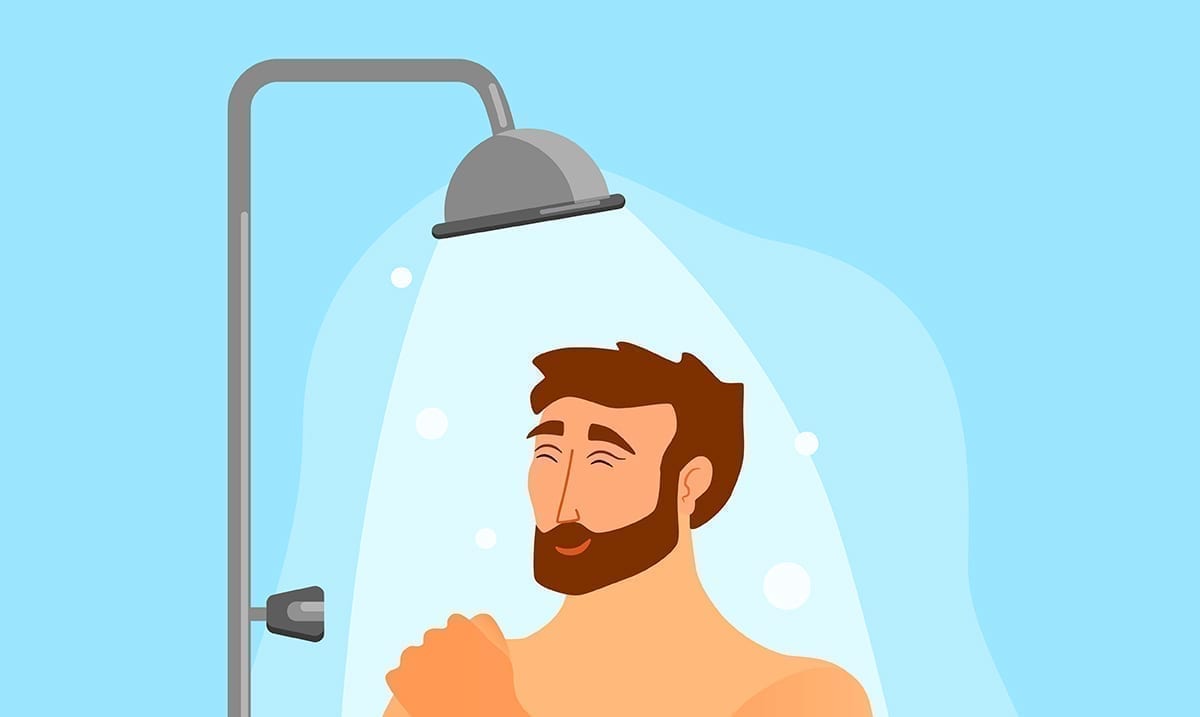 While most of us tend to go about our daily tasks without thinking much about them, for some the smallest thing could make the biggest difference. Allergies come in all shapes and sizes but did you know you could even develop allergic reactions to cold temperatures?

Well, according to new research this kind of thing is very possible and almost caused one Colorado man to lose his life. Information published in the Journal of Emergency Medicine seems to go over that a man who was developing some kind of serious reaction to colder temperatures almost lost his life because he got out of a hot shower into his cold bathroom. I know, most people do this all the time but for this man, it was a dangerous ordeal.

The abstract of this study under the title of ‘Cold Anaphylaxis: A Case Report’ goes as follows:

Cold anaphylaxis is a severe form of hypersensitivity reaction to cold temperatures. Such reactions include a spectrum of presentations that range from localized symptoms to systemic involvement. The condition can be acquired or heritable, although it may also be idiopathic. Treatment consists of second-generation H 1 antihistamines, epinephrine, and supportive care. Prevention involves avoidance of known triggers, most commonly cold immersion due to environment or water exposure.

We report the case of a 34-year-old man with cold-induced urticaria/anaphylaxis who presented to our emergency department with hypotension and shortness of breath after exposure to cold air after getting out of a shower. He required two doses of intramuscular epinephrine and was ultimately started on an epinephrine infusion. He was admitted to the intensive care unit for anaphylaxis monitoring and was found to have a positive ice cube test, reinforcing the suspected diagnosis.

Cold anaphylaxis is a potentially life-threatening phenomenon with specific testing. It is occasionally described in the emergency medicine literature. Providers should be aware of the potential for cold anaphylaxis as it can change patient guidance and alter management. This condition can also contribute to otherwise unclear and sudden decompensation in critically ill patients, as has been reported in cases of cold anaphylaxis induced by cold IV infusions.

This man started experiencing strange episodes in reaction to the cold once he moved from a place known as Micronesia which for those who do not know has a more tropical climate overall. This man was fortunate enough to be treated properly, and he was rushed into the hospital but cold urticaria is nothing to joke about which was what he ended up being diagnosed with. Cold urticaria for those who might not know is an allergic reaction that the skin has after they are exposed to cold temperatures overall. Symptoms for this can vary and people as a whole face different things as a result.

This condition is one that can be triggered by anything from swimming in cold water to being out in the wind on a chilly day. People with it break out in hives and overall experience a lot of discomforts. Have you ever known anyone with this kind of issue present? I for one had no idea it existed.