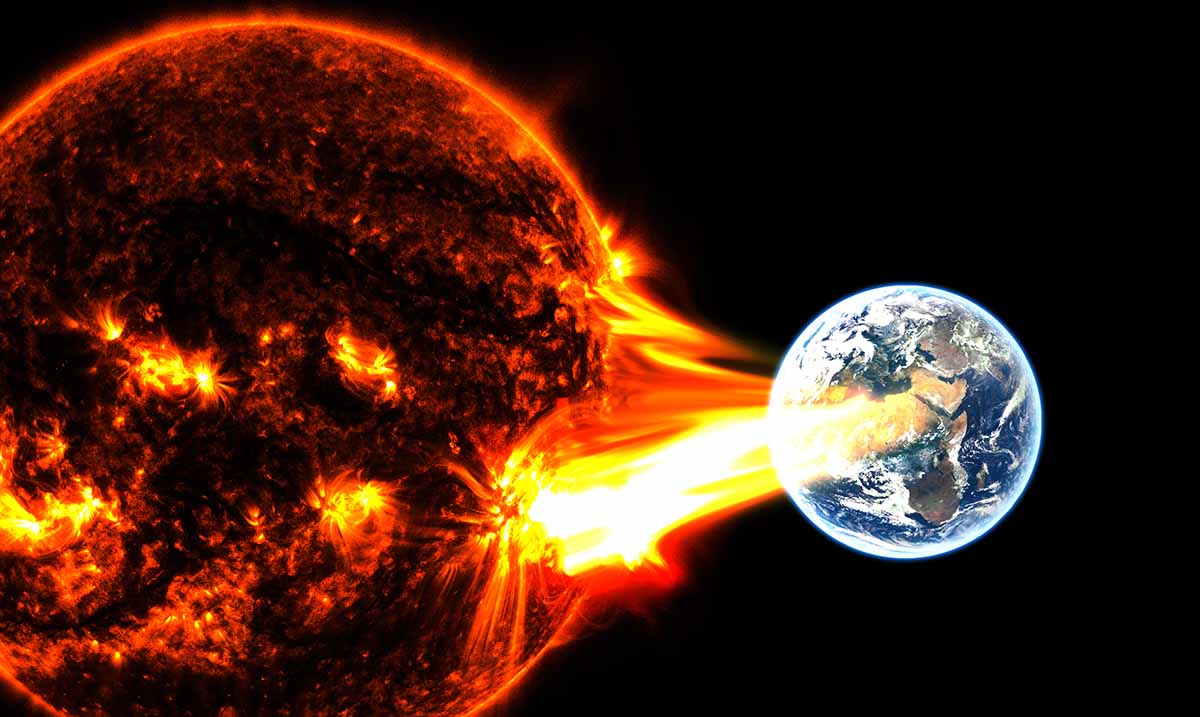 By Harley Manson September 8, 2021 No Comments

Researchers believe our Sun could be waking up, and if it is, the consequences could be detrimental for our internet and electrical infrastructure. And if this happened, the effects could be experienced worldwide.

At the Sigcomm 2021 data communication conference that took place around two weeks ago, Sangeetha Abdu Jyothi from the University of California Irvine presented “Solar Superstorms: Planning for an Internet Apocolypse.” This presentation is her in-depth examination of the damage that could be caused by a fast-moving cloud of magnetized solar particles.

In the presentation, she explains that long-distance fiber-optic lines and submarine cables that are a vital part of the global internet infrastructure could become damaged in a major solar storm. Super solar storms, or coronal mass injections (CME) “involves the emission of electrically charged matter and accompanying magnetic field into space. When it hits the earth, it interacts with the earth’s magnetic field and produces

Geomagnetically Induced Currents (CIG) on the crust,” Dr. Jyothi stated in a Tweet.

When speaking to Wired, she explained, “What got me thinking about this is that with the pandemic we saw how unprepared the world was. There was no protocol to deal with it effectively, and it’s the same with the internet resilience,” continuing she said, “Our internet infrastructure is not prepared for a large-scale solar event.”

Spaceweather.com reported just last week about a ‘solar tsunami’ that occurred on the surface of the Sun. In this storm, a mass of charged solar particles was sent towards Earth. And as the Sun begins to become more active, some predict that we are entering into a new Solar Cycle that could be the strongest in some time.

According to Jyothi’s work, such storms could enter and damage our long conductors, like power lines. “In today’s long-haul internet cables, the optical fiber is immune to GIC. But these cables also have electrically powered repeaters at ~100km intervals that are susceptible to damages.” Jyothi said.

Typically, events that are large enough to cause such damages are around 1.6-12 % likely per decade. But Jyothi explains that these chances increase when the Sun becomes highly active, which it currently is. And Jyothi doesn’t believe our current internet infrastructure has been stress-tested to see if it’s capable of getting through such an event.

The long-distance cables that make up the internet infrastructure that is the backbone of the internet. If an outage was to occur, and it likely would if a major solar storm hit us hard, it is estimated to cost the U.S economy $7.2 billion per day. And the report shows that North America would be one of the more vulnerable regions where an outage could last for months.

It’s not just our internet that would be affected, we would also see satellites being affected and global positioning. “There are no new models of how this could play out,” explains Jyothi, “We have more understanding of how these storms could impact power systems, but that’s all on land. In the ocean, it’s even more difficult to predict.”

This study would highlight a need to consider the possible risk from solar storms from all angles, and also calls for new analysis given the changing solar activity.

“The paper is just scratching the surface of an important problem. A lot needs to be done to understand the risk and robustify our infrastructure.” Jyothi added.