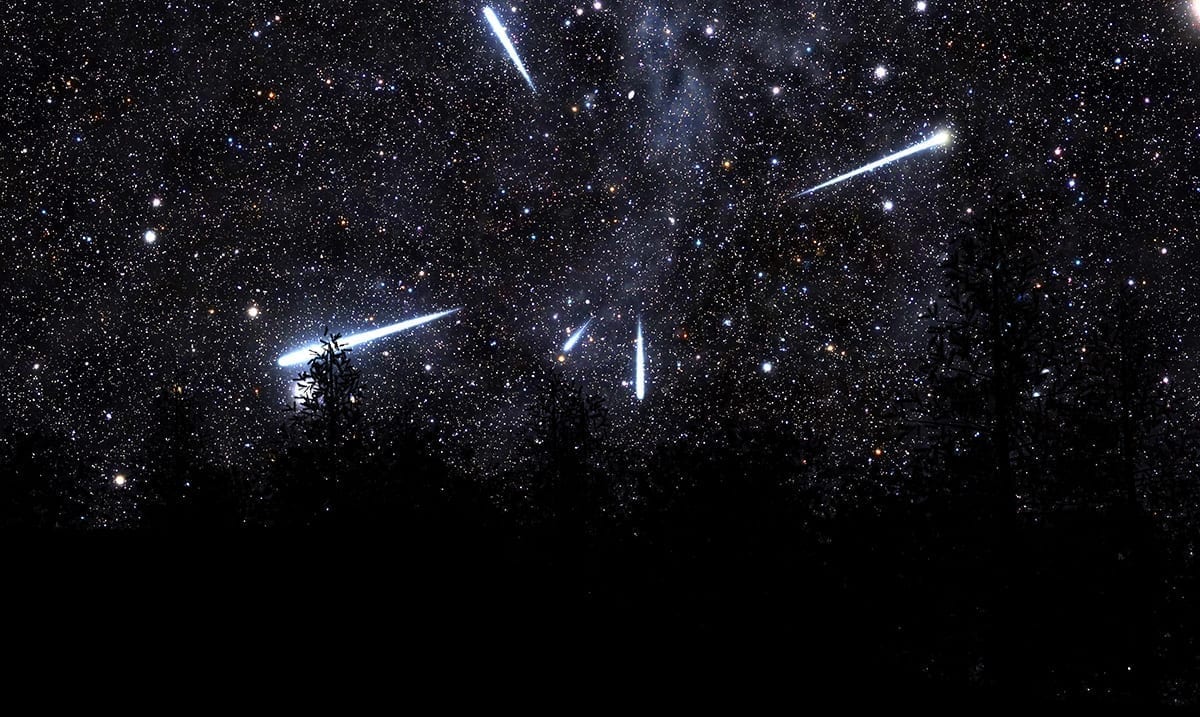 Look Up! The Taurid Meteor Shower Will Be Peak This Week

By Gerald Sinclair November 3, 2020 No Comments

Right now if you take the time to look up at night, you might be able to see a shooting star or perhaps quite a few shooting stars. This shower peaks soon and is well worth keeping your eyes on.

For those who do not know the Taurid meteor shower comes in two ordeals. It is broken down into the South Taurids and North Taurus, but right now we are facing the South Taurids which are going to peak around the 4th and 5th of this month (November). That being said, the Taurids overall will be present seemingly all month.

While typically this shower does not bring a lot of meteorites forth, it has been known in the past to put on a great show. It can bring forth powerful fireballs and is always worth checking out in my opinion. That being said, typically it only brings about 5 to 10 meteors per hour which is lackluster to many.

Earth Sky wrote as follows on this shower:

The South and North Taurid meteor showers aren’t known for their large numbers of meteors, but they do offer a high percentage of fireballs, or exceptionally bright meteors. This shower made a huge splash in 2015, when there were many, many reports and photos featuring Taurid fireball sightings. Higher rates of Taurid fireballs appear to happen in seven-year cycles. Grand fireball displays did indeed take place in 2008 and 2015. No elevated levels of fireballs are expected in 2020. Even so, watch for Taurid meteors – and possible fireballs – throughout November.

The nominal peak night for the South Taurids is November 5 while that of the North Taurids is about a week later, on November 12. This year, in 2020, the waning gibbous moon will intrude on the South Taurid peak, whereas the rather slender waning crescent moon will be much less of a problem for the North Taurid peak. But you might even see a Taurid or two despite the moon, given the high percentage of fireballs accompanying the Taurids.

The prime time viewing hours are from late night until dawn, with the peak viewing coming just after the midnight hour. In general, the South Taurids offer about five meteors per hour at their peak, but the North Taurid shower may add a few more meteors to the mix. How many you’ll see will depend on how far from city lights you are … and how bright the meteors are. If they’re bright enough, they’ll overcome skies beset by light pollution.

Overall, this shower is one that you should be giving a chance to. November holds this shower, as well as the Leonids and both, are important to be aware of. While the Leonids are more prominent, the Taurids are not something we should ignore.