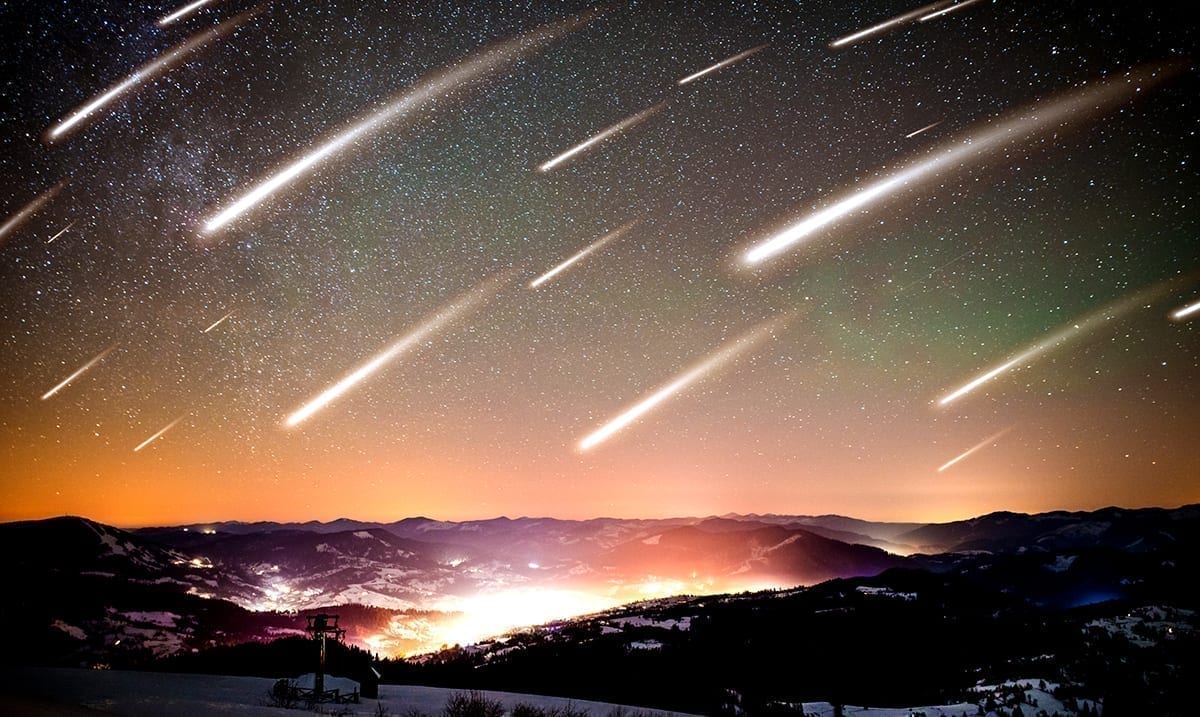 By Gerald Sinclair December 2, 2020 No Comments

As we move forth we are finally in 2020’s last month. December is already pretty cold and has many wondering just what this month will hold but celestially, we’re in for quite the treat.

Now, to kick things off the month of December begins with a meteor shower. The Geminid Meteor Shower will be active for most of the month but will be peaking on the 13th-14th. This shower is an annual one that many people look forward to as it produces quite a few shooting stars per hour during peak. Actually, you should be able to spot at least 50 or more per hour during the peak.

This shower is one that is best viewed in the late evening or early morning according to Earth Sky which means around 2 am might be ideal. As you’d expect from the name, this shower’s radiant point comes from within the Gemini constellation itself. That being said, the shooting stars will be flowing all over the night sky so if conditions are right you won’t be able to miss them once they really pick up.

Earth Sky wrote as follows on this specific shower:

How many meteors will you see? The Geminids are a consistent and prolific shower, but the numbers of meteors you see also strongly depends on your sky conditions and on how far you are from city lights. Often, in the hours after midnight and under a dark sky, you can see 50 or more meteors per hour. Rates of 120 per hour have been reported at the peak under optimum sky conditions.

In 2020, the moon-free skies guarantee dark skies this year’s production. How many will you see? Hard to say for sure! Just watch, and let us know.

Remember … meteors in annual showers typically come in spurts and lulls, so give yourself at least an hour of observing time. Simply sprawl out on a reclining lawn chair, look upward, and enjoy the show.

Where do the meteors come from? Although meteors are sometimes called “shooting stars,” they have nothing to do with stars. Instead, they are strictly a solar system phenomenon. Around this time every year, our planet Earth crosses the orbital path of a mysterious object called 3200 Phaethon, which might be an asteroid or a burnt-out comet orbiting our sun.

Debris from this object burns up in the Earth’s upper atmosphere to give us the annual Geminid meteor shower.

Now, once the peak for this amazing shower has ended, you will still each night see a few shooting stars littering the sky. However, should also be looking forward to the solar eclipse. While not everyone will be able to see it, it will be quite present. This solar eclipse happens on December 14th and since it is a solar eclipse would be during the day, of course.

This specific eclipse is a total solar eclipse but unless you’re lined up with its path of totality, you probably won’t be getting the best view. This specific one is visible for people in Chile, parts of Argentina, some places within South America, South-West Africa, and Antarctica. That meaning, here in the US we will not be able to see this spectacular show.

Once that is all said and done, there will be several different minor celestial events but overall nothing too serious until we face the night of the 21st which will make the great conjunction of Saturn and Jupiter. On this night the two planets will appear as one in the sky. I know, that might not sound crazy but it really is something that we do not get to see often.

Now, to end off the marvelous month, we also have a full moon. This full moon will take place on the 29th and as per usual be quite the sight. The moon is always worth looking at and I for one love seeing it full. Are you looking forward to the astronomical things this month has to offer? To learn more about the astronomical things coming in December take a look at the video below.