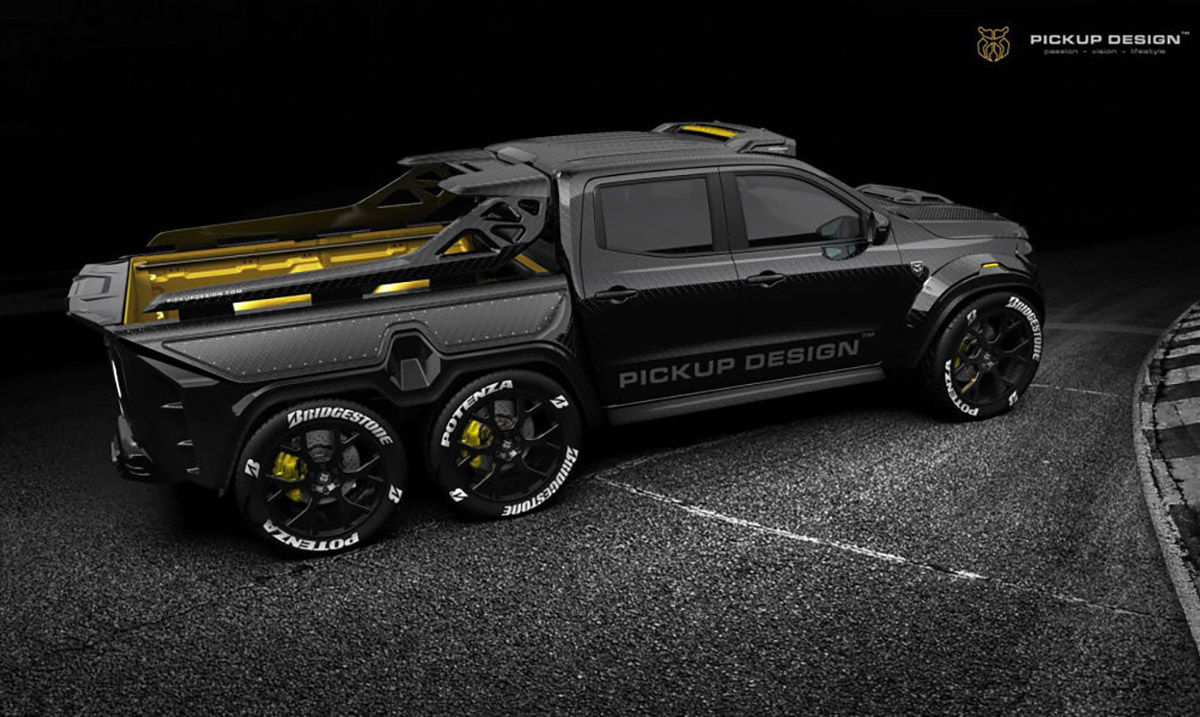 While the Mercedes-Benz X-class already had people blown away it seems Calex Design has something in the works that the world is excited for. While announced near the end of 2018 things aren’t quite where they need to be for production just yet, but they’re getting there.

This rework of the X-class is like nothing you have ever seen before. It actually almost looks like a transformer, no that’s not a joke it really does. This vehicle is quite interesting as its entire body is made from carbon fiber making it extremely durable and look pretty badass. While throughout 2019 this truck remained a mere concept we are in the hopes that a production model will come sometime in the next year or so.

A new project for PICKUP DESIGN has just been created in the CARLEX DESIGN design studio. The designers have prepared a complete design of a three-axle pickup called EXY MONSTER X CONCEPT. The basis for the creation of this totally modified vehicle was Mercedes X Class. The concept assumes that the entire car body is made of carbon fiber, which definitely distinguishes the giant. The load box is covered with a protective structural paint in a very contrasting with carbon black, yellow shade. Color, as electric accents, also appears on other parts, both the body and the interior. The car was significantly lowered and expanded, thus giving it a track specification. To stop MONSTER X CONCEPT, ceramic-carbon discs were used. The car is equipped with two winches at the front and rear, thanks to which it can easily be a track safety car. As befits a special task car, additional external lighting is also installed in the pickup. The largest “monster” of the PICKUP DESIGN brand has just left the design studio to soon become the king of highways and global tracks. #carlexdesign #pickupdesign #pickup6x6 #mercedes6x6 #monsterx #mercedesxclass #pickupmodifications #safetycar #welovegreatdesign #threeaxlepickup #modifiedpickup #carbonfibre

There is no denying Carlex Design is known for its high-end work but this time they might actually out-do themselves if all goes as planned. The Monster X while a bit lower than most other trucks is going to be one of the best safety vehicles in regards to being on the racetrack and isn’t as designed for offroad as it might appear. That meaning it’s likely pretty fast and capable of some wild things.

While it might never make it into production for the public at least seeing a real version of this more-so than just design images would be truly fascinating. Could you imagine this monster in person? I for one would be blown away. 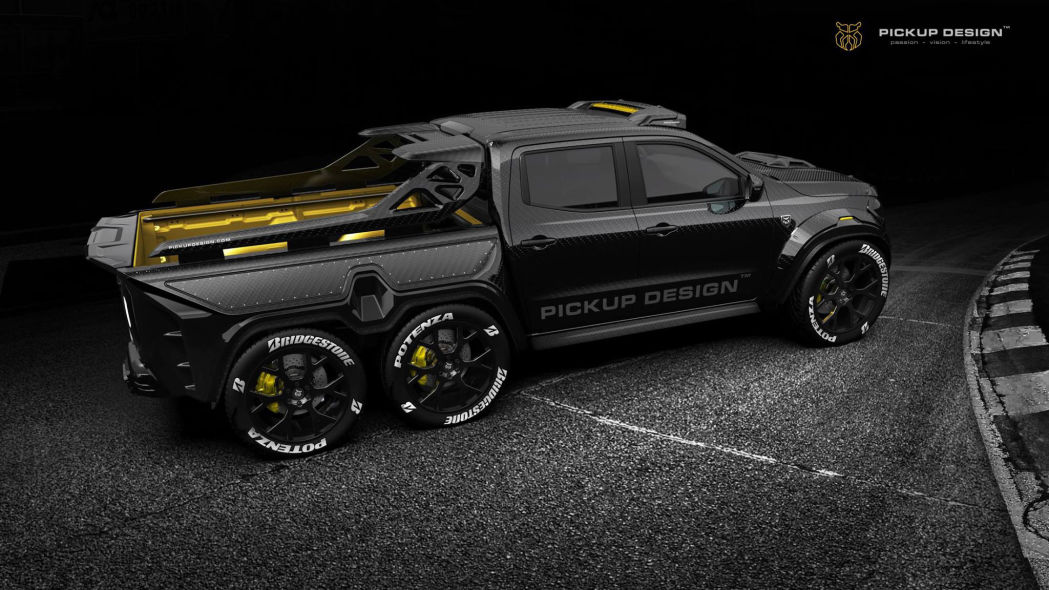 Maxim wrote as follows about this vehicle back after the concept images were released:

Carlex’s newly formed Pickup Design studio conceptualized the EXY Monster X Concept as a track-ready version of the EXY 6×6, both of which boast a third axle.

But the lowered body of the “Monster” is made entirely of lightweight carbon fiber covered in black paint and contrasting yellow accents. The colors’ eye-popping effect is especially noticeable in this aerial view of the bed.

The brute is also equipped with features befitting of a track safety vehicle, including ceramic-carbon disc brakes, additional external lighting and two winches at the front and rear.

While things regarding this truck have been pretty ‘hush-hush’ overall we hope to have more news in regards soon. We also don’t know much about the specs or how much the truck will end up costing if it ever does actually make it into production. That all having been said from what we do know would you consider buying this one if you could or is there a different truck you have your eye on?

To see all the concept images for this EXY Monster X truck check out the video below. The yellow really does bring a very interesting look to the truck and it overall is quite interesting to think about. I guess only time will tell what this monster is capable of once all is said and done.