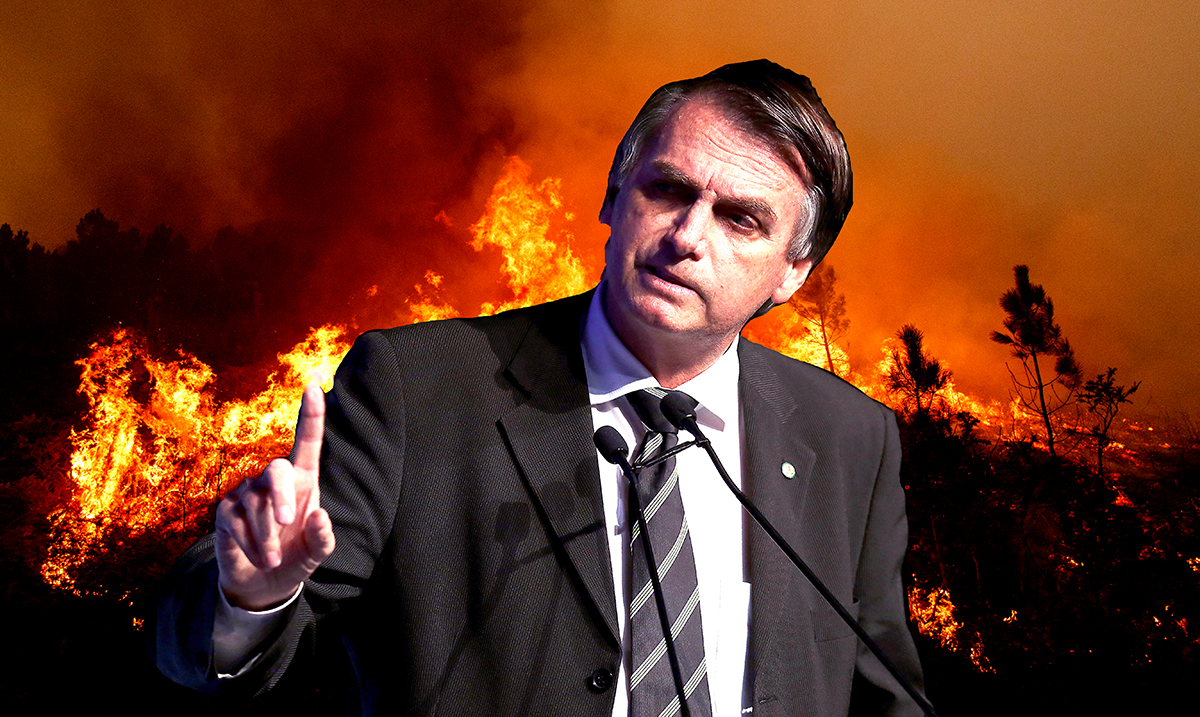 By Debi AllisonAugust 27, 2019No Comments

In documents leaked to Open Democracy, Jair Bolsonaro’s government is currently working to thwart efforts of conservation in the Amazon rainforest and to “fight off international pressure” to protect it. As these plans emerge, the Amazon is shrouded in clouds of smoke, leaving the world in a panic.

Instead of trying to help the forest and fight against the fires blazing down on the region, the Brazilian government plans to build bridges, and motorway and hydroelectric plants. And while it’s normal for fires to be detected during this time of year, the fires have increased by a whopping 84%.

The leaked documents included powerpoint slides that are thought to have been included in a meeting that was presented during a meeting. One of the plans in place intends to prevent the conservation projects that are working to save the rainforest, including the Triple-A project led by the Gaia Amazonas that wants to conserve 265 million square kilometers of jungle.

“Development projects must be implemented on the Amazon basin to integrate it into the rest of the national territory to fight off international pressure for the implementation of the so-called ‘Triple-A’ project. To do this, it is necessary to build the Trombetas River hydroelectric plant, the Óbidos bridge over the Amazon River, and the implementation of the BR-163 highway to the border with Suriname,” one of the slides read.

Included in the leaked plans, is Bolsonaro’s intentions to move the tribes that live in the Amazon by use of rhetoric which would isolate the voices of the indigenous people. In the past, he has also argued that efforts to save the rainforest would only hold Brazil back from being able to expand their economy.

Known as the world’s lungs, the Amazon produces over 20 percent of our global oxygen, and is key to working against the devastating effects of climate change. And if the fires continue without action taken by various outlets, we could be looking at irreversible damage that would be destructive to everyone.