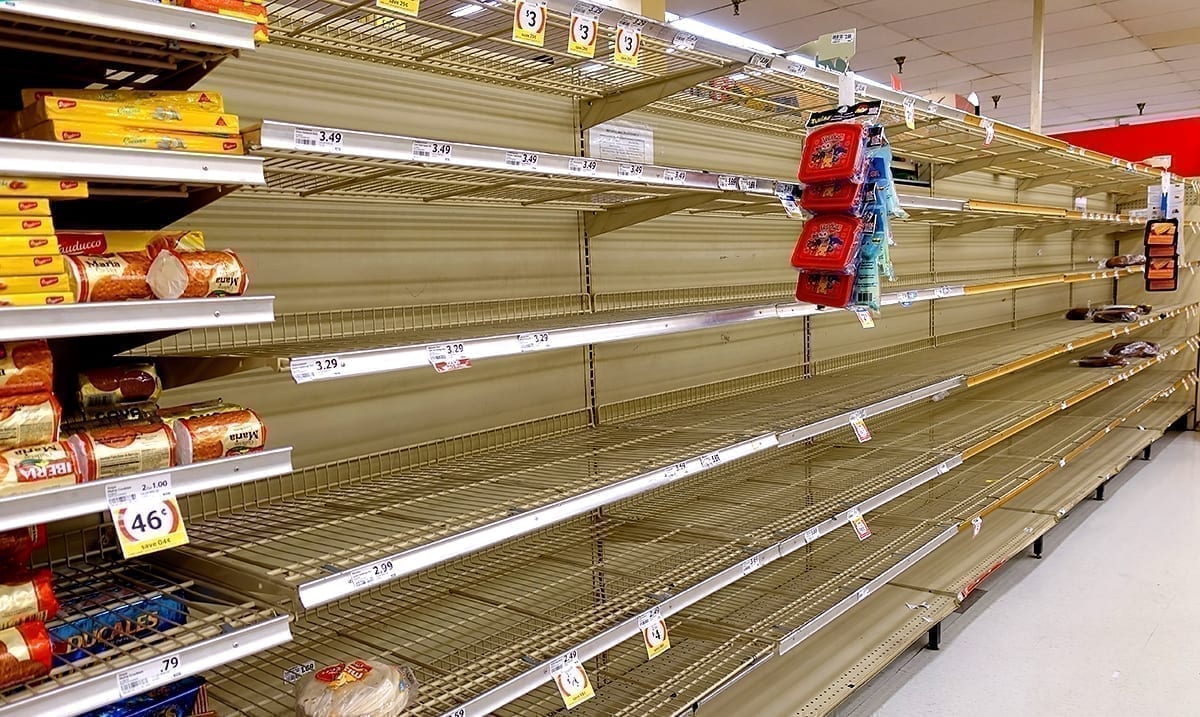 This pandemic has caused tons of issues for people all over the world and with so many having lost their jobs here in the US, it seems food banks are needed big time. That being said, with so many turning to them to get by, this could cause issues in the long-run as demand for food increases and donations perhaps do not.

According to MSN.com Feeding America, one of the largest food banks in America recently reported that it could end up facing a deficit of around 10 billion pounds of food between now and June of 2021 this meaning roughly 8 billion meals short they would be. As needs for food increase, things like this are bound to happen and it’s quite scary. Back in July, it was predicted that people would be relying on Feeding America for around 17 billion pounds of food over the course of the next 12 months. That for those who do not know is more than three times the amount this organization had to get and push out last year.

The Washington Post wrote as follows on this topic:

Feeding America, a nationwide network of more than 200 food banks, projects a 6 billion to 8 billion meal shortfall in the next 12 months, a deficit that may be magnified with federal food assistance programs set to expire in the coming weeks and months. The Feeding America analysis estimates the total need for charitable food over the next year will reach 17 billion pounds, more than three times last year’s distribution.

At 41, Blackmer says he’s been through quite a bit. His wife has a disability and he has been the primary breadwinner for a number of years. He has suffered from anxiety and depression for some time, once taking unpaid leave for a hospitalization. Since losing his job, he has liquidated his 401(k), used his $1,200 stimulus check to pay down some bills, and opted into a special payment plan with his mortgage lender. But even with the extra $600 per week in unemployment the Cares Act provided, things have been tight.

“Shopping went out the door, we weren’t taking the kids anywhere and wanted to cut down on discretionary spending,” Blackmer says. “There was no dining out, and we took advantage of deals on our credit cards to pay interest only.”

He was introduced to Interfaith Social Services in Quincy, one of the largest emergency food programs in Greater Boston, by his mental health counselor.

“She said, ‘Here’s an application.’ I came back and she said, ‘Yes, we are able to help you, you fit the criteria.’ I am way too exhausted to worry about stigma.”

He says they drive up and a woman with a clipboard and a mask checks them in. They ask if Blackmer needs pet food, toddler pull-up diapers or a small birthday cake. About six bags of food get loaded into the trunk — spaghetti sauce and canned fruit, haddock or a whole roaster chicken. He says instead of having empty cupboards every 30 days, they are backfilling a little bit, feeling more secure.

Interfaith looks like a smooth-running machine, Blackmer says, a haven in the maelstrom of the pandemic. The pantry is supplied by the Greater Boston Food Bank, one of the more than 200 organizations in the Feeding America network. And at the food bank things are dire, says Catherine D’Amato, Greater Boston Food Bank’s president.

“It used to be 1 million pounds out the door a week, now it’s 2 to 2.5 million pounds a week,” D’Amato says. “We’re doing more in a month that we did in a year 20 years ago. Food insecurity has gone from 1 in 13 people to 1 in 8 in Eastern Massachusetts, even higher for families with children.”

And it’s not only that need that has ramped up.

As that really highlights, food banks all over are being turned to more and more. Lots of people are in need and well, some are doing all they can to keep up and have food supplied properly to those who need it. This pandemic has caused an increase in need and changed how things can be done as guidelines must also be followed.

Food banks according to Yahoo News have faced an average increase of about 56 percent which is a lot. This kind of thing is very needed right now and making sure the food banks have enough food is crucial for everyone who relies on them right now and on your average day. From here, we can only hope that these food banks will be able to keep feeding all the people they can.