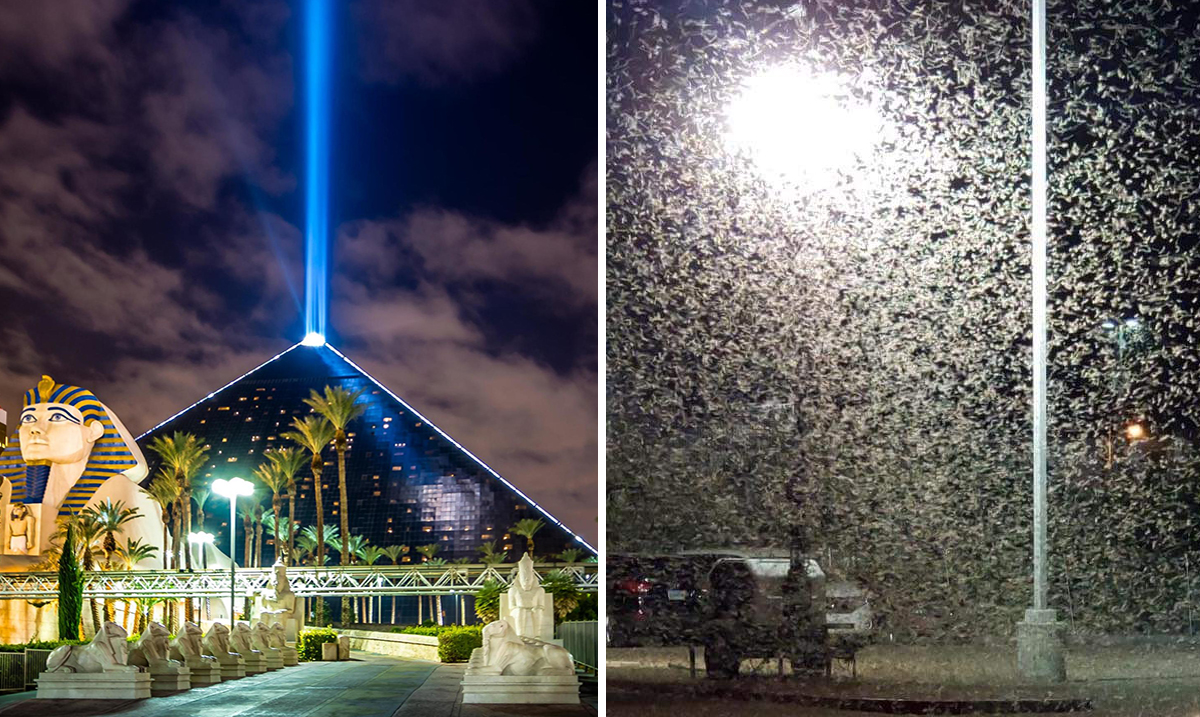 In Las Vegas, there are so many grasshoppers, and they are so large, that they have shown up on weather radars. According to CNN meteorologist Allison Chinchar, the image looked reminiscent of two major storms and was directly over Las Vegas.

However, the difference was that the second one wasn’t moving in the same manner. With that being said, she noted, “It looked as though it should be torrentially downpouring in Las Vegas.”

Thankfully, by changing their settings, the weather meteorologists could see that the second incoming swarm was more of a swarm than a storm. Experts believe that the massive migration of insects was caused by the higher than average rainfall, which has already exceeded the 4-inch annual average.

And what’s worse, is that the bugs could be there for weeks, possibly until the desert dries back up. But thankfully, they are not dangerous. Jeff Knight from CBS news, who works as an entomologist explained that they don’t carry disease nor bite, and they aren’t likely to cause damages.

However, the videos posted during their wake are pretty terrifying.

Until they leave, residents have been told to switch to amber lights instead of fluorescents, which attract them. And the Las Vegas Review-Journal explains that they SHOULD be gone within a few weeks.