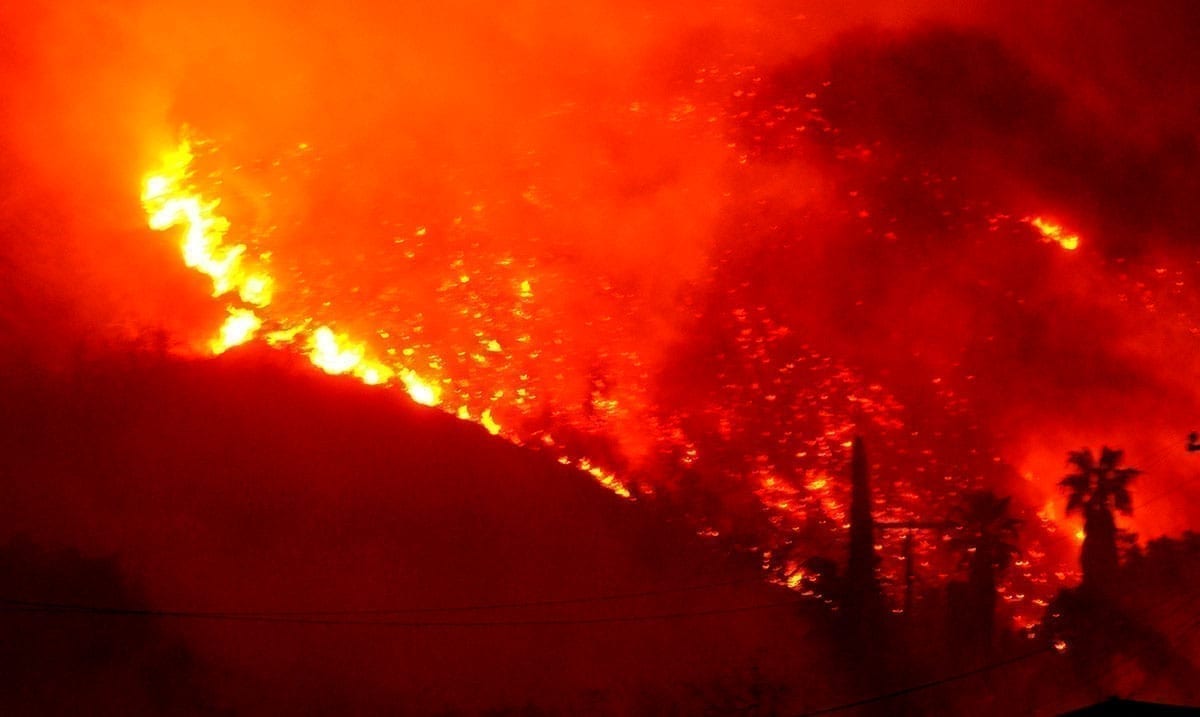 By Gerald SinclairSeptember 12, 2020No Comments

Right now there are a lot of fires going on across the West but it seems one that happens to be North of Sacramento is much larger than most would assume. This wildfire very well could be the largest in the history of California.

According to Gizmodo, the August Complex Fire has recently become the largest ever in the history of California. It so far has burned around 471,000 acres and at the moment is under 30 percent contained. It is a fire that was something that came to life when 37 separate fires came together and it’s been burning since August. Sure, it’s mostly affecting ‘remote areas’ but as it moves things could get much more intense.

The 2020 fire season has been record-breaking, in not only the total amount of acres burned at just over 3 million, but also 6 of the top 20 largest wildfires in California history have occurred this year. pic.twitter.com/CmmhH5wTVX

NBC News wrote as follows on this enormous wildfire:

The California Department of Forestry and Fire Protection, or Cal Fire, on Thursday put the August Complex Fire in Mendocino National Forest atop its list of the largest wildfires in the state. Six of the 20 largest fires have taken place this year.

Gov. Gavin Newsom, who has blamed climate change for the current crop of fires, said Thursday that 2.6 million acres have burned in California this year. Cal Fire officials updated the number to 3.1 million Thursday afternoon.

The August Complex Fire is a combination of 37 fires sparked by lightning in Mendocino National Forest on Aug. 17, the U.S. Forest Service said in a statement. It has so far burned 471,185 acres and is 24 percent contained.

Forest Service spokesman Terry Krasko suggested that the fire may actually be bigger. He said an airplane with infrared capabilities that measure the size of a blaze was out of service Thursday.

The fire became known as the August Complex Fire about five days ago, when numerous blazes combined, Krasko said. Many smaller fires have been extinguished, he said, but larger parts of the fire, including the Doe Fire, continued to grow Thursday afternoon.

Federal officials say triple-digit temperatures and offshore gusts gave the fire a growth spurt over Labor Day weekend. The forecast in the area calls for calmer winds and cooler high temperatures in the high 80s and low 90s.

As we continue to move through 2020 things really seem to be getting worse and worse when it comes to these fires. Tons of people have been evacuated from their homes across several states and it seems lots of things have burned be it buildings and wild land as a whole. These fires for the West right now are a huge problem and getting them under control is of utmost importance.

To learn more about all of this take a look at the video below. This is not going to be over anytime soon and well, we should be keeping all affected in our thoughts. While there are lots of people working to fight these fires, they are not easy to handle.