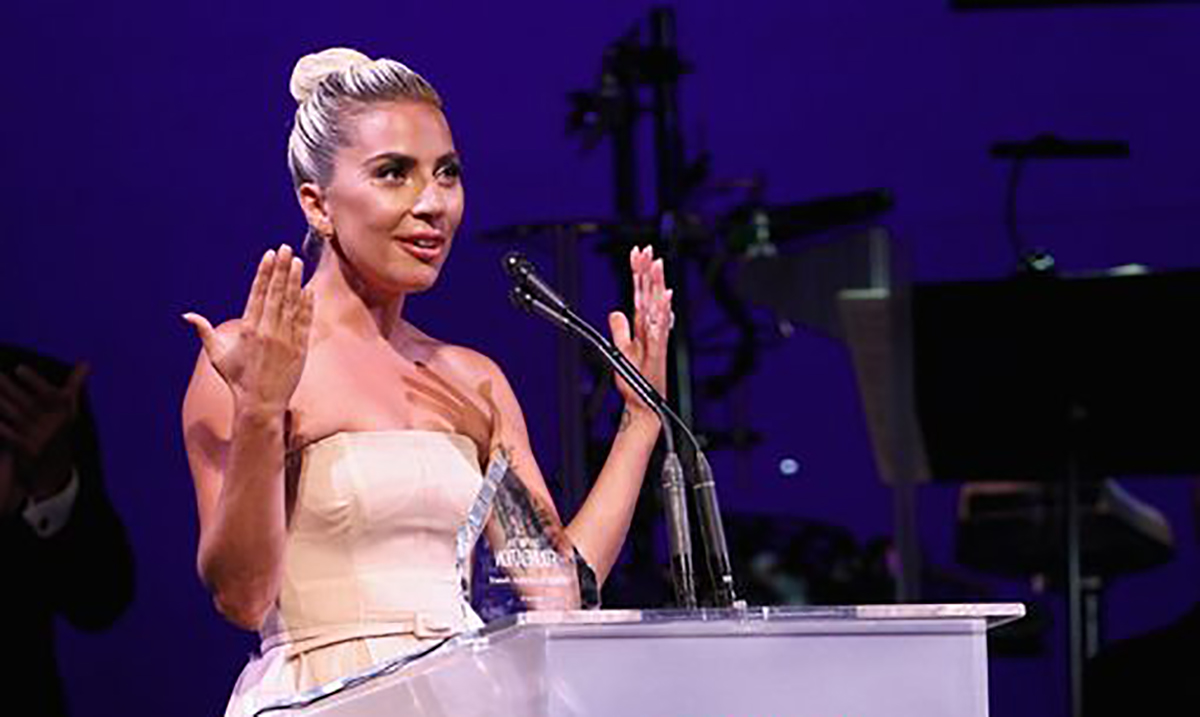 Lady Gaga was recently given an award at the SAG-AFTRA awards ceremony and while her speech is long, it is a speech well worth hearing. As you may know, Lady Gaga is quite outspoken in regards to mental health and this was no exception.

She went over everything from her own struggles to the crisis that this world is so clearly in when it comes to mental health. Gaga touches on how uneducated many are about mental health and about how most are not getting the help that they might need. This is a topic that can be quite touchy especially after a shooting like the one in Thousand Oaks we just faced.

In this day and age, it is important not to point blame for these kinds of things in any one direction. There are lots of factors that go into something like this and while not every mentally ill person is going to do something terrible like what this man did, had he gotten the help he needed perhaps things would have gone over differently. At the end of the day even bringing awareness to mental illness without stigmatizing those who have mental illnesses is something we all need to work on.

Gaga mentioned as follows in her speech:

“We need to share our stories so that global mental health no longer resides and festers in the darkness,” she said. “It is dangerous and we know this because amongst other shootings and acts of violence, just last night there was a shooting in Thousand Oaks by a veteran who was believed to have suffered from untreated post-traumatic stress disorder which is a mental issue. We know that this is dangerous, we know that it’s important and we have to pay attention to it.”

No, not everyone with PTSD is going to go out and do terrible things to others but those with PTSD should be getting the help they need in regards to what they’re facing. We should not only bring up these topics when someone flies off the handle, we should be helping those with PTSD and other mental illnesses before the possibility of such even crosses our minds. When someone is suffering mentally it is much more complicated than most could imagine.

Mental illness is not the only problem in regards to these kind of things as I noted above but it is a big factor. This man might have been able to go down a different path if he had gotten the support he needed and that is something we all need to remember. Yes, he should be responsible for the things he did and I am in no way saying that it ‘wasn’t his fault’ but it is something to think about.

Please take the time to hear what Gaga had to say in the video below. We all need to work to make this world a better place and in helping those with mental illnesses we will be able to do that. Violent or not no one should have to suffer without treatment if they do not have to. This world can change so much if we work to make it happen.