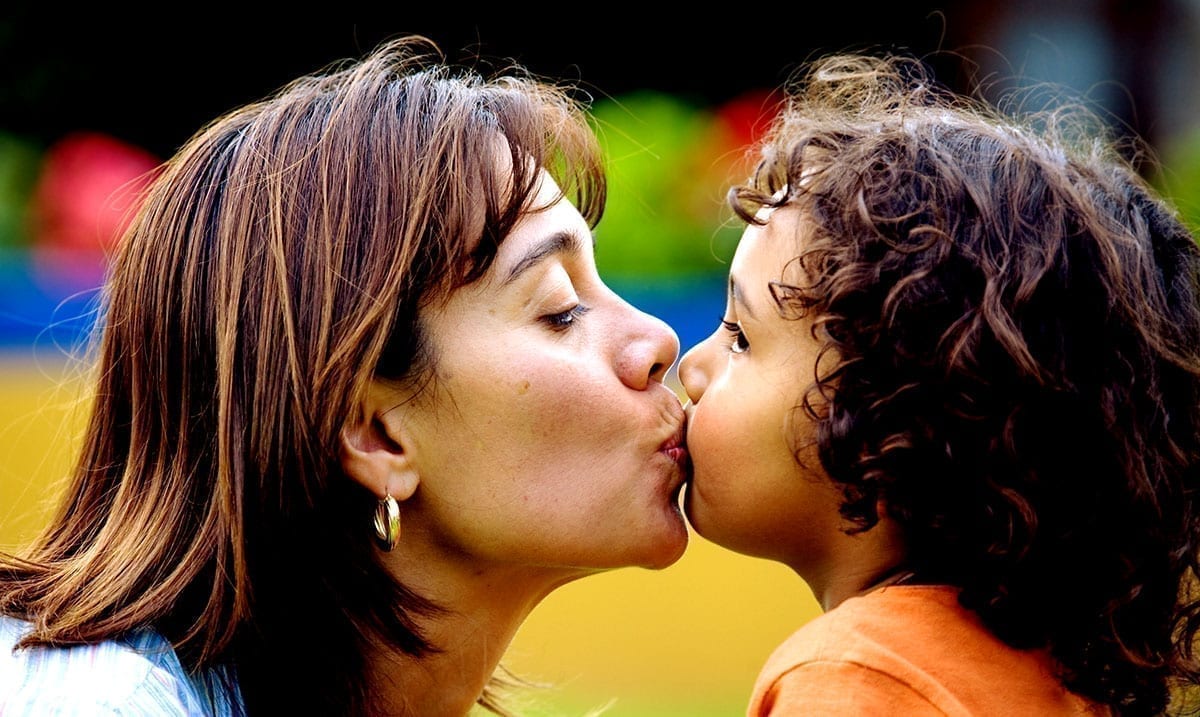 Throughout the years, lots of people in the public eye have faced backlash for kissing their children on the lips. This for a lot of people is something that seems almost taboo and well, I guess that in itself depends on how you look at things.

A kiss is just a kiss, and it doesn’t have to be anything that we make a big deal about, yet it is something that a lot of people make into an enormous issue. A simple peck on the lips to your child shouldn’t be seen as anything more than what it is, a show of affection. Just because you give your child a quick peck on the lips doesn’t mean you’re abusing them or pushing them for something more. The fact that a lot of people jump into calling parents who are comfortable with their children on this level ‘pedos’ is quite concerning, honestly.

Don’t get me wrong, it could be confusing for your kids because of society as a whole and if they don’t want to you shouldn’t try to push them to do it, but it’s outrageous to assume that everyone who does this is trying to or has some kind of sexual relationship with their offspring. When you’re young this kind of thing is nothing more than a way to show affection. Honestly, the way we view things like kissing and so forth in modern times really is to blame.

Here in the US and other places, I am sure, we tend to associate kissing with heated moments and very close intimacy. We are taught that our first kiss is something we should make special and well, overall we make it out to be a much bigger deal than it is and forget that kissing doesn’t have to be sexual. You can give someone a peck without wanting to jump their bones.

This all having been said, it is something to consider that kissing your kids on the mouth when they’re young could send the wrong signal. They might get the idea that when someone else comes along and tries to take advantage of them in such a manner that it’s fine. Because of this, you need to help them set proper boundaries and make sure they know that they don’t have to kiss anyone they don’t want to kiss or do anything they do not want to do. You have to respect your kids above all else.

At the end of the day, you should want your child to be protected and aware that their body is their own. Kissing them on the lips as a parent might be harmless overall, but it can leave them more open to the thoughts others want to push. They need to know that they do not have to do this with anyone if they do not want to and that if someone else is asking them to do it or something else, they can come to you.

ParentsCanada wrote as follows on this topic:

I’ve never had an opinion about parents kissing their children on the lips. That is, until I became a father and was cast into the opinion-drenched world of moms and dads. Who knew an innocent peck could draw such a distinct line in the sand between parents? Well, pucker up and kiss my assenting stance on lip kissing.

My views on the topic stem from my upbringing – I was raised by lip kissing parents and it was always simply a sign of affection in our family. The thought of it being anything more than a simple statement of familial love from my parents never crossed my mind.

Fast forward to the present. I kiss my six-year-old son on the lips nearly every day. It’s how we say good night; it’s how I wish him a good school day. It is our normal and our little pecks on the lips live in the same realm as hugs, high fives, smiles, and other means of communicating affirmations of love to my son.

In an interview, Dr. Alan Manevitz, a clinical psychiatrist at Lenox Hill Hospital in New York City, says, “Research suggests that intimacy between parents and children has a positive effect on a child’s development. Intimacy in this case refers to displays of affection such as holding, hugging, tickling, or kissing a child.”

What’s more, in European cultures it’s common for adults, children, friends, and other family members to kiss each other on the lips and cheeks. This is not considered sexual but is an accepted, platonic means of showing affection.

In the end, it comes down to family dynamics, cultural norms, experience with outward affection, and how people communicate. For us, lip kissing is just one positive, physical way to show affection.

Once all is said and done, this kind of thing varies from person to person, and while one person says it’s fine another will tell you it’s disgusting. As long as your kids are cared for and loved, I wouldn’t think too much of the things others have to say. Kiss them or don’t kiss them, that’s up to you.

Is it OK to kiss your kids on the lips?