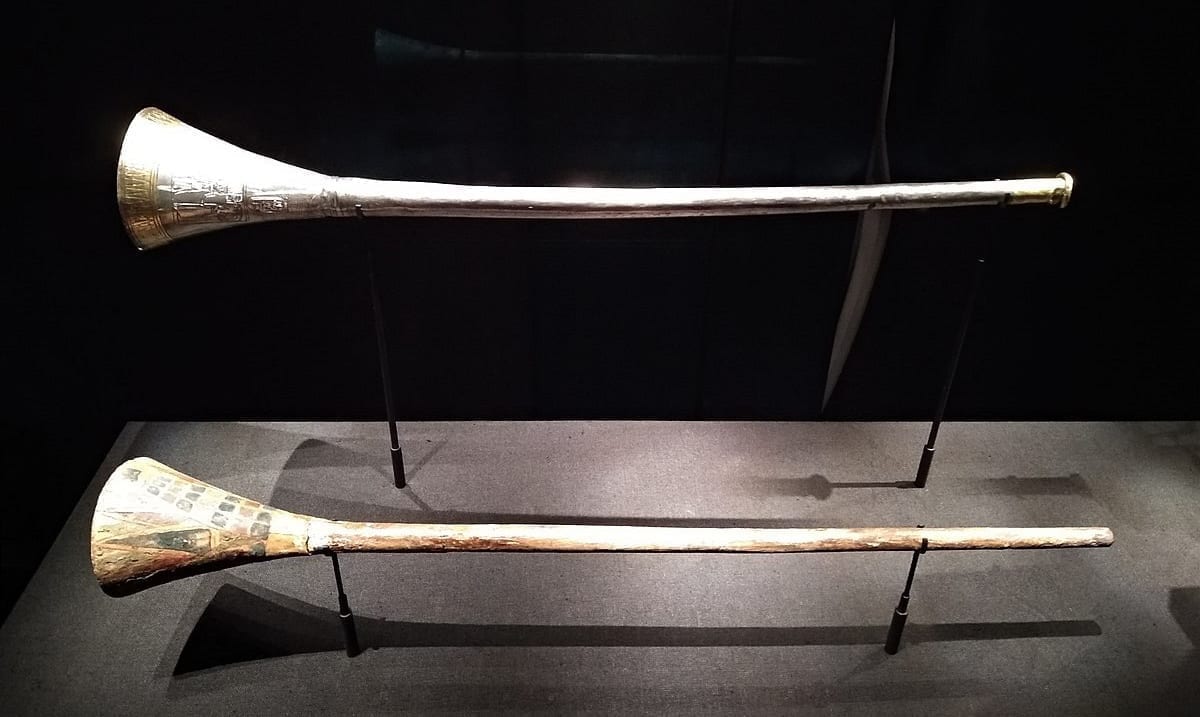 By Gerald SinclairJuly 7, 2020No Comments

While not many people know this King Tutankhamen had lots of things in his tomb including two trumpets. These two trumpets now being over three thousand years old were quite mind-blowing. One was made of silver and the other was made of gold. They were discovered back in 1922 and for a long time, they were on exhibit at the Cairo museum until it was broken into and one of them was stolen.

The loss of this trumpet was huge and quite sickening as it was easily one of the oldest surviving musical instruments in existence when you really break things down. That being said, the trumpet was eventually found and was able to be reunited with the other trumpet. According to BBC, the sound these trumpets make is quite eerie but it’s not something we recreate often because of how fragile they are overall. I mean, they are thousands of years old as is, right?

One instance where this sound has been brought forth/recreated was actually back in 1939 and it was truly something special. It was carried out during a BBC Broadcast and really blew many away and still does even now. To hear this broadcast for yourself take a look at the video below. This sound in itself really is quite confusing as it’s beautiful and somewhat mesmerizing.

That being said, playing these things is dangerous, any older artifact like these could fall apart when played especially if played incorrectly even if just by accident. Some people believe that when these trumpets are played they bring bad energies forth as when they are sounded or when they have been sounded in the past ‘bad’ things have happened quite soon after. For instance, a few months after the broadcast noted above Classic FM noted that Britain entered WWII.

While I am glad that this was something I was able to hear, I am on the fence about whether or not it should have been risked in that sense. These trumpets do truly sound like nothing else, wouldn’t you agree? That being said, it does bring a lot of things to mind when looking at other ancient instruments. What would the rest of them sound like and will we ever truly know?