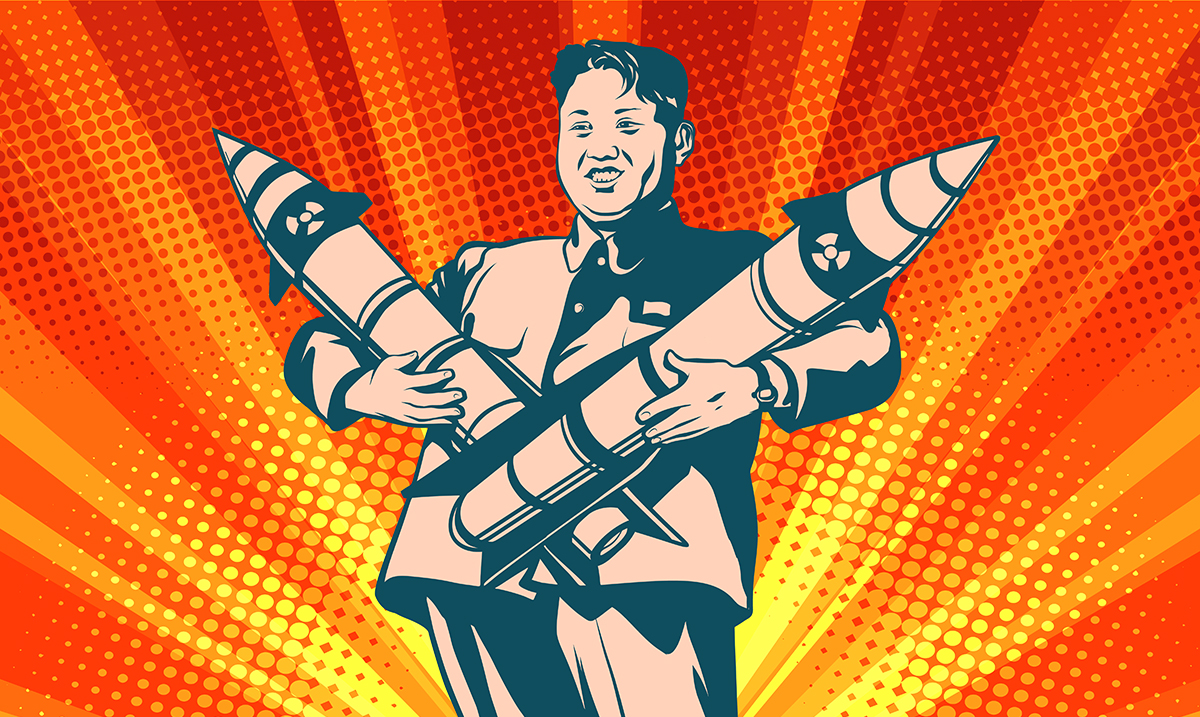 Kim Jong-Un Says North Korea Is No Longer Bound By ‘Nuclear Test Moratorium’ – What Does This Mean?

By Gerald Sinclair January 3, 2020 No Comments

Recently North Korea’s leader Kim Jong-un has come forth noting that the self-imposed moratorium on nuclear testing that was in place is no longer something they feel bound by which in many ways makes it clear more testing could be to come. This for many is quite confusing and concerning but what exactly does it mean?

According to the NY Times, Jong-un has said that the world would witness a new strategic weapon ‘in the near future’ however, he did not provide any details in regards. For a while now the country has been stagnant in testing long-range missile and nuclear weapons overall but that seems to be over as 2020 unfolds. This meaning that they may actually start testing back up but of course nothing at the moment is certain.

In regards to all of this NPR reported as follows:

KCNA quoted Kim as saying there was no reason to remain committed to his moratorium because the U.S. had not reciprocated, but had continued to hold joint military drills with South Korea and send advanced weapons to the South.

“This is chilling our efforts for worldwide nuclear disarmament and non-proliferation,” Kim added.

The U.S. has scaled back military exercises with Seoul in hopes of facilitating diplomacy. It has also sold advanced F-35A fighter jets to South Korea.

Kim threatened to take unspecified “shocking action,” adding that “the world will witness a new strategic weapon” which North Korea will soon have.

Kim also accused the U.S. of playing for time by drawing out nuclear negotiations, while maintaining sanctions and hostile policies “to completely strangle and stifle” North Korea. “This is the double-dealing behavior of the brigandish U.S.,” Kim commented.

From here, of course, caution needs to be used in addressing the concerns this brings forth but that does not break the confusion in the air. As you most likely know President Trump himself has touted this moratorium as a victory at least in diplomatic regards but the reversal or lack of keeping with it moving forward makes it clear more measured are something we are in need of. Have we the US failed in reciprocating as is being said or what is actually going on?

In the past we’ve had similar situations before and worked through them but how will things play out this time? The comments of Jong-un as noted above were made during the fourth day of a meeting of the powerful Central Committee of the ruling Worker’s Party and from there he also noted that Pyongyang will never trade its security for promised economic benefits in the face of Us hostility or nuclear threats. He also made claims that Washington had conducted tens of big and small military drills which were something we here in the US had promised to stop and that other issues were becoming quite apparent in regards.

Japan Times reported as follows in regards to this topic:

Kim added that “if the U.S. persists in its hostile policy toward the DPRK, there will never be the denuclearization on the Korean Peninsula and the DPRK will steadily develop necessary and prerequisite strategic weapons for the security of the state until the U.S. rolls back its hostile policy.”

Van Jackson, a lecturer at Victoria University of Wellington and former Pentagon official said that the speech allowed Kim the breathing room to test more threatening weapons in its quest for sanctions relief.

“Kim has rhetorically freed himself to pursue any kind of research and weapons testing he wants,” Jackson said. “That will be provocative, and North Korea will accentuate or play up the threatening nature of the tests if it serves its purpose.”

Still, despite the harsh rhetoric, Kim gave no clear indication of an imminent resumption of nuclear or ICBM tests, and even appeared to leave the door open for eventual negotiations, saying that “the scope and depth of bolstering our deterrent will be properly coordinated depending on the U.S. future attitude.”

Negotiations between the two sides have been at loggerheads since the breakup of their Hanoi summit last February, after which the North set an end-of-year deadline for the U.S. to offer fresh concessions on sanctions relief, issuing a veiled threat that it would take a “new path” if Washington failed to meet its demands.

It is unclear what a new path could mean, but analysts have speculated it could come in the form of a satellite launch or test of a solid-fueled ICBM, possibly over Japan.

For more on this please check out the video below. Right now a lot of things are still up in the air but in time we will know more. However, there is no need to fear as of right now.