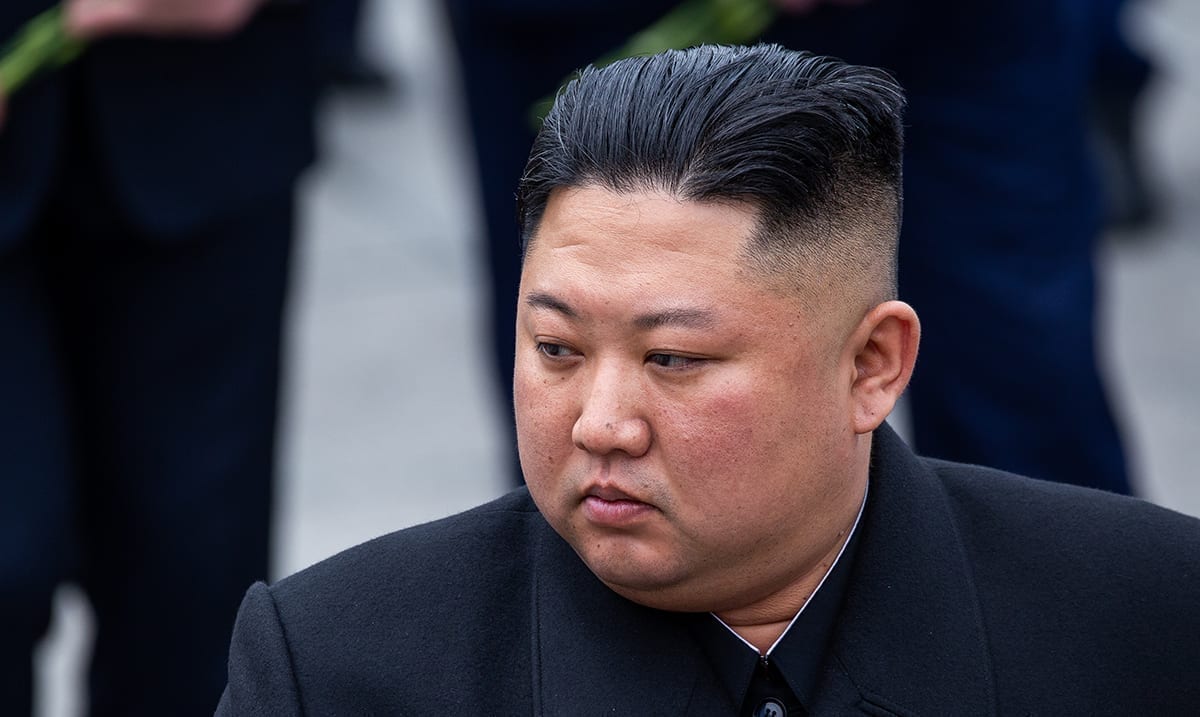 By Gerald SinclairMay 2, 2020No Comments

For weeks now the world has been speculating on the health of North Korean leader Kim Jong Un. Many thought he was either in a coma or dead but it seems he was just fine.

According to ABC News, Kim Jong Un made his first public appearance in 20 days on May 1st as he celebrated the ‘completion of a fertilizer factory near Pyongyang.’ This all coming from the state ran media but it does, for now, end word of his absence. So many over the past few weeks have been going back and forth on what would come of North Korea if he were to pass and well, chances are you read that his sister Kim Yo Jong would take control which is true. That seems to not be happening just yet Jong Un in the photographs posted seems to be doing just fine overall.

ABC News wrote as follows on the topic:

State media showed videos and photos of Kim wearing a black Mao suit and constantly smiling, walking around facilities, applauding, cutting a huge red ribbon with a scissor handed by his sister, and smoking inside and outside of buildings while talking with other officials.

Seemingly thousands of workers, many of them masked, stood in lines at the massive complex, roaring in celebration and releasing balloons into the air. A sign installed on a stage where Kim sat with other senior officials read: “Sunchon Phosphatic Fertilizer Factory; Completion Ceremony; May 1, 2020.”

There was no definite sign that Kim was in discomfort, although there were moments where his walking looked a bit stiff. He was shown moving without a walking stick, like the one he used in 2014 when he was recovering from a presumed ankle surgery. However, he was also seen riding a green electric cart, which appeared similar to a vehicle he used in 2014.

It was Kim’s first public appearance since April 11, when he presided over a ruling Workers’ Party meeting to discuss the coronavirus and reappoint his sister as an alternate member of the powerful decision-making Political Bureau of the party’s Central Committee. That move confirmed her substantial role in the government.

Sure, North Korea claims they haven’t had any COVID-19 cases but lots claim that perhaps his absence was a sign that he himself had managed to come down with it. That being said, we will never truly know. Just what caused Kim’s absence may remain a mystery in the times to come. North Korea now more than ever is a mystery, and we can only hope that if the virus is there those affected are getting the care they need.

JUST IN: Photos of Kim Jong Un opening a fertilizer factory in Sunchon on May 1, according to KCNA. pic.twitter.com/jaLjjFk55K

Another concern many have noted in the Twitter comments of those reposting this news is that perhaps these photographs are not as new as we’re being led to believe. However, as mentioned above we do not have proof of him having died or battling some kind of health issue as of late and there is also no proof that these images are ‘old.’ I guess in time perhaps we may learn just what’s going on with Kim Jong Un and if he is in bad health but overall it seems the masses were riled up over nothing this go around.