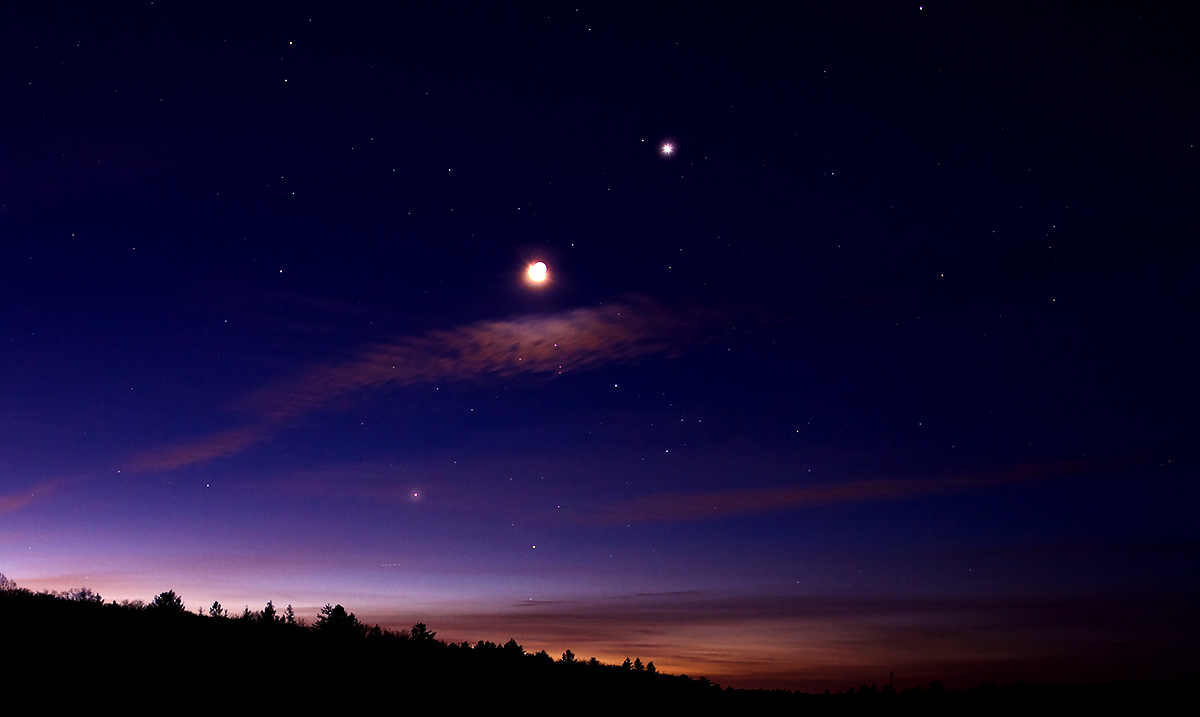 Jupiter, Saturn And Mercury To Be Visible In The Morning Sky – Look Up!

By Gerald Sinclair March 9, 2021 No Comments

If you like to look at celestial bodies, this week is a good time to do it. You should be able to see plenty of stars and so much more.

According to Space.com Mercury, Jupiter, Saturn, and even the moon will be making themselves known. This week is perfect for viewing these celestial bodies though if you want a good view you should dig out your telescope or binoculars. While from our planet other planets in our solar system typically appear to us as bright stars, they’re still worth the look.

Mercury, Jupiter, and Saturn until the weekend rolls around will be quite close to one another in the night sky. After the weekend Mercury will be moving away quickly so there are only a few good nights left to really see things as they are right now. Mercury should be near the horizon and Jupiter will be to the upper right with Saturn by its side. While you may have some trouble finding these planets, the moon is something you can spot without much issue at all regardless of the phase it is in.

These celestial bodies being so near one another also brings out some interesting energies. We will be coming out of our shells more this week and some of us might even be speaking out about things we otherwise wouldn’t. If you’ve been feeling more intense as of late, this could have something to do with it.

Space.com wrote as follows on these celestial bodies being so near each other:

After this weekend, Mercury will rapidly scoot away from Jupiter to the east, but there is still one more event to watch for and that will happen five days later, on the morning of Wednesday, March 10. On that day, again around 5:45 a.m., low in the east-southeast, look for Mercury nearest to the horizon, Jupiter well to its upper right and about 10 degrees (“one fist”) to the upper right of Jupiter will be a third planet: Saturn.

Of course, Jupiter and Saturn received a lot of attention just prior to Christmas when they engaged in a spectacular get-together of their own, referred to as the “Great Conjunction.”

And addition to the three planets, we can add a fourth celestial interloper: a lovely, thin waning crescent moon that will hang about five degrees to the lower right of Jupiter. The sliver of the moon will be only 9% illuminated and a little over two days from its new phase. Again, binoculars will be beneficial when capturing a view of this “celestial summit meeting.”

But on this morning, you’ll be able to sight all four in a single glance. Good luck and clear skies!

What do you think about all of this? Will you be taking the time to look for all of these things once the sun is finally gone again for the night? I think getting my telescope out is a must for this week.