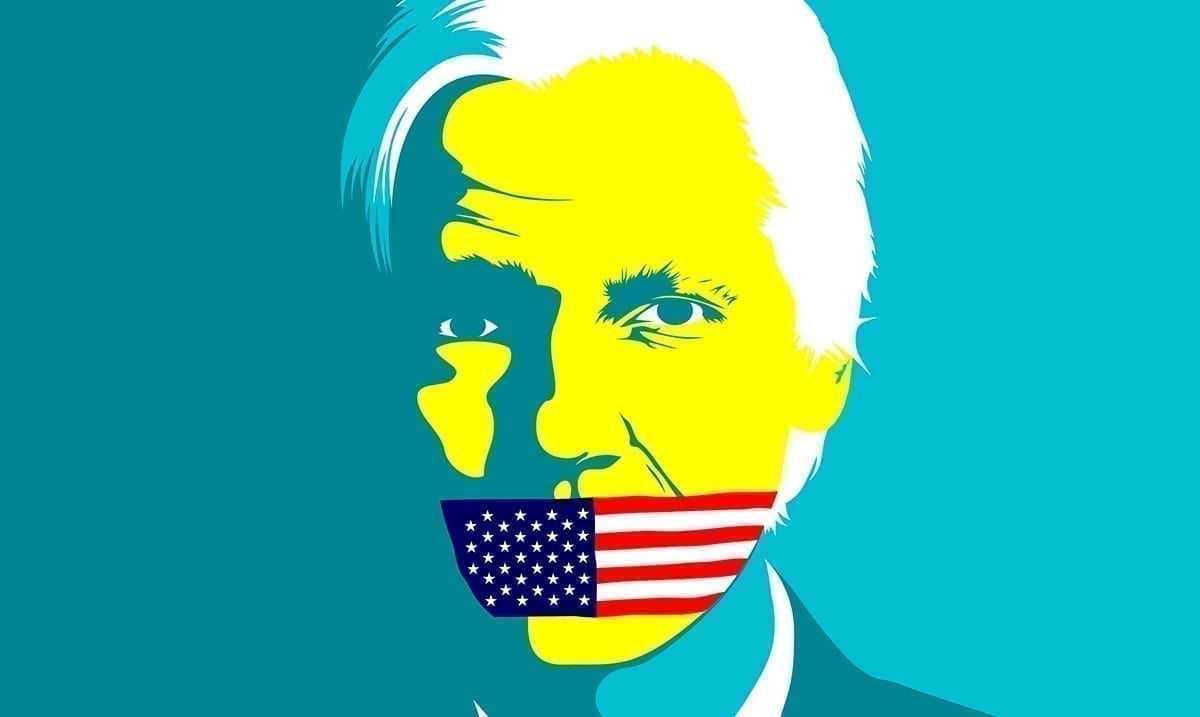 WikiLeaks founder has been under fire for a long time but in recent times a trial over all the things piled against him has begun. It seems though during this trial he has already been warned by the judge to remain quiet after interjecting while a lawyer for the US was going back and forth with a ‘high-profile’ witness.

This meaning that if he speaks out again in such a manner Julian Assange will be absent from his own trials basically. They would continue without him present and tell him how things went over after which is not a good idea. This happened on the mere second day of the extradition hearing at the Old Bailey according to The Guardian and well, things don’t seem to be going over well for him.

Reuters wrote as follows on this whole situation:

Julian Assange, the Wikileaks founder who is fighting to avoid extradition to the United States from Britain, was warned by a judge on Tuesday he will be removed from the courtroom and tried in his absence if he continues to interrupt proceedings.

The proceedings were briefly adjourned after Assange shouted “nonsense” as James Lewis, acting for the U.S. government, told a witness that Assange was facing extradition proceedings over the publication of informants’ names and not for handling leaked documents. Judge Vanessa Baraitser told Assange, who was in the dock, that he must not speak out even though he will hear things he disagrees with.

“If you interrupt proceedings and disrupt a witness who is properly giving their evidence, it is open to me to continue without you in your absence,” Baraitser said.

“This is obviously not something I wish to do. I am, therefore, giving you a clear warning.”

The U.S. authorities accuse Australian-born Assange, 49, of conspiring to hack government computers and of violating an espionage law in connection with the release of confidential cables by WikiLeaks in 2010-2011.

Assange’s outburst occurred as the court heard on Tuesday from Clive Stafford Smith, founder of the London-based charity Reprieve, who argues that the Wikileaks disclosures had been instrumental in challenging the U.S. on illegal drone strikes and the secret detention of suspects.

Things do not seem to be looking good for Assange but, anything can happen at this point. As this case picks back up in the coming days I am sure more will come out but right now we’re still unsure of where things will go. What do you think will end up happening?