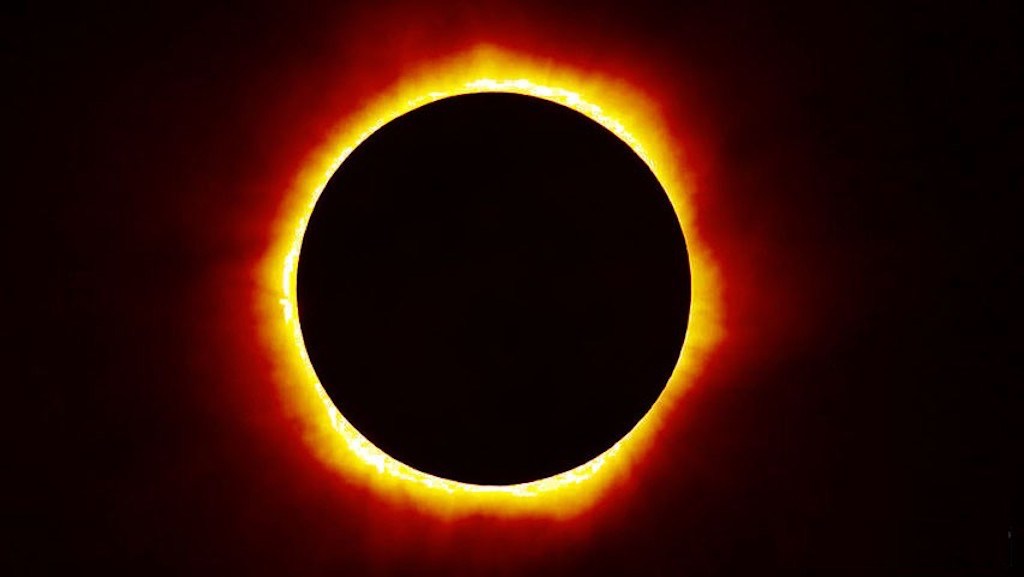 This partial solar eclipse will be visible in places like northeast Asia but will not be visible to those here in the US. That being said, we will all be feeling its effects regardless of our locations. For anyone who might not be aware a partial solar eclipse is what occurs when the moon moves between the Earth and the Sun. This partially blocking the sun by the moon and occurring on the same day as a new moon.

During the weeks following and sometimes months, we will all be feeling the effects of this partial solar eclipse. We will be more focused and much more driven to really consider all of our options and move forth. You might find yourself experiencing some kind of great upheaval but not in a bad way. It will be as if you finally found what you didn’t even know you were looking for.

That all having been said you will be facing a time in which you need to be much more patient than usual. Saturn being conjunct will seriously have you in a mood most will be dying to get you out of. Capricorn energies influencing this event will have you much more disciplined than usual but sadly also more stubborn as well.

The energies brought forth during this time frame will provide you with all that you need to get where you have been wanting to over the past few months. You will be given a boost like no other and your creative side will begin to flourish. The more energy you make sure goes into who you are and where you are headed the better.

This will be the best time for you to work on coming out of your shell and putting your best efforts forward. Hard work and dedication will be taking the forefront in a unique way. Things you would have never expected to be possible will be mixing your life up exponentially.

Dark Astrology wrote as follows in regard to the energies to come:

The Solar Eclipse January falls in Capricorn decan 2, which is a tough placement such a sensitive body. Instead of home comforts, the new moon seeds are expected to grow in a fairly spartan environment. The land here is hard and dry, so it will take some toil to make it fertile. Much depends on carefully organizing structures in order to yield the best results from this new Moon. This month will probably be one of the hard knocks and deferred gratification then. It will be hard for anyone touched by this solar eclipse to be empathetic to anyone who might be lagging behind due to domestic problems. They will have to maintain a ‘pull yourself up by your bootstraps’ approach.

Because of the seductive aspect of this Solar Eclipse. There is an element of using one’s sexual allure to seal a business deal. Those touched by this moon should beware of a potential partner who seems quite blown away by your money, popularity or influence. This is quite an insidious, gold-digging solar eclipse and one could get easily carried away by flattery. The ruthless side of Capricorn decan 2 will do anything to climb the pyramid. Unfortunately, because of this Moon’s sextile to Neptune, we may be blinded by our compassion. The positive side to this Solar Eclipse is that it is a great one if you are creating very elaborate architecture. Capricorn loves to build and sculpture is also well starred.

While this whole concept might be a bit confusing as it begins coming forth and unfolding everything will make a lot more sense. The energies at play in the universe right now are overwhelmingly positive and the celestial bodies are providing us with some marvelous opportunities. The more we seek the more we shall find.

There could be more coming your way than you might assume. These energies are going to last far longer than most others so being aware of them is very important.