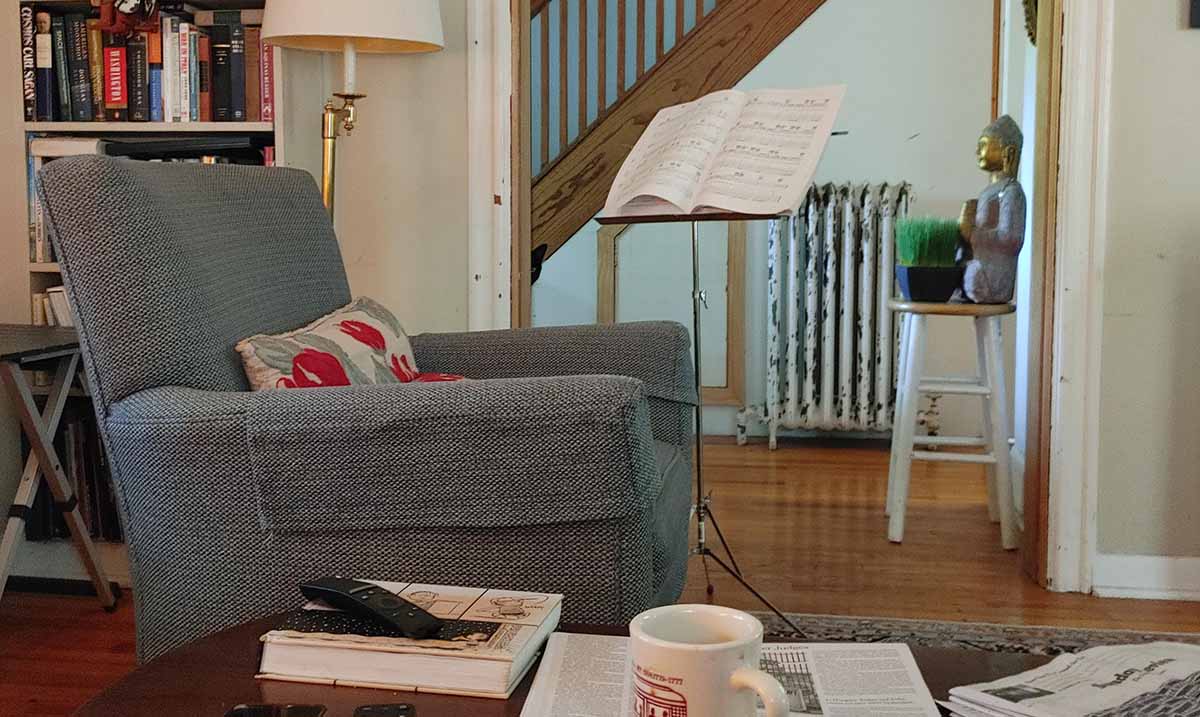 By Gerald SinclairSeptember 19, 2020No Comments

In recent times it seems a photo with a hidden feline has been making rounds. Sure, we all like a good challenge but this one was ridiculous!

The photo below was posted to Reddit by user u/pizzaslayer111 several days ago and since has been upvoted around 22 thousand times and has almost 1000 comment responses and since coming across it, I was blown away. After spending quite a bit of time I was finally able to spot the kitty but other people I showed the photo to were not able to find it until I pointed it out.

Find my cat in this photo. from r/aww

If you’re still looking for the cat, don’t feel bad as I mentioned it did take me a while as well. It would probably help to know that the entire cat isn’t in the photo, it’s just a small portion of the cat. Actually basically just a tiny bit of his/her face and an ear. Can you see the kitty now?

He or she is just under the stairs to the left of the music stand and is a black cat. I’m sure now you’ve zoomed in enough that you’ve spotted the little critter, right? This little kitty was being quite sneaky peeping in on his/her owner, wouldn’t you agree? I probably wouldn’t have even noticed if I was sitting in that room that he or she was even there. Below I will add in some of the comments left by others who also struggled to find this kitty cat.

Rumireverse – “Where is it?! I’ve been looking for a straight five minutes!”

Leviathan-the-fallen – “I spent 10 mins and only just saw it don’t judge me.”

Annietelly – “I swear that cat wasn’t there the first time I spent 3 min looking.”

Someone actually even went so far as to jokingly ask whether or not the posters cat was transparent, but in the end, as people kept looking they began to find the little furry friend. How long did it take you to find the kitty and were you able to find him/her without the hints I explained above? While this cat is dark and should stand out that doesn’t seem to be the case at all now, does it?

Perhaps it should also be noted there are also some interesting things about this picture aside from the cat itself. Some are pointing things out in the room that not everyone has picked up on and well, overall it’s something a lot of people seem to be spending a decent amount of time on. Did you notice Woody and Jesse on the bookcase yet?

Find my cat in this photo. from aww