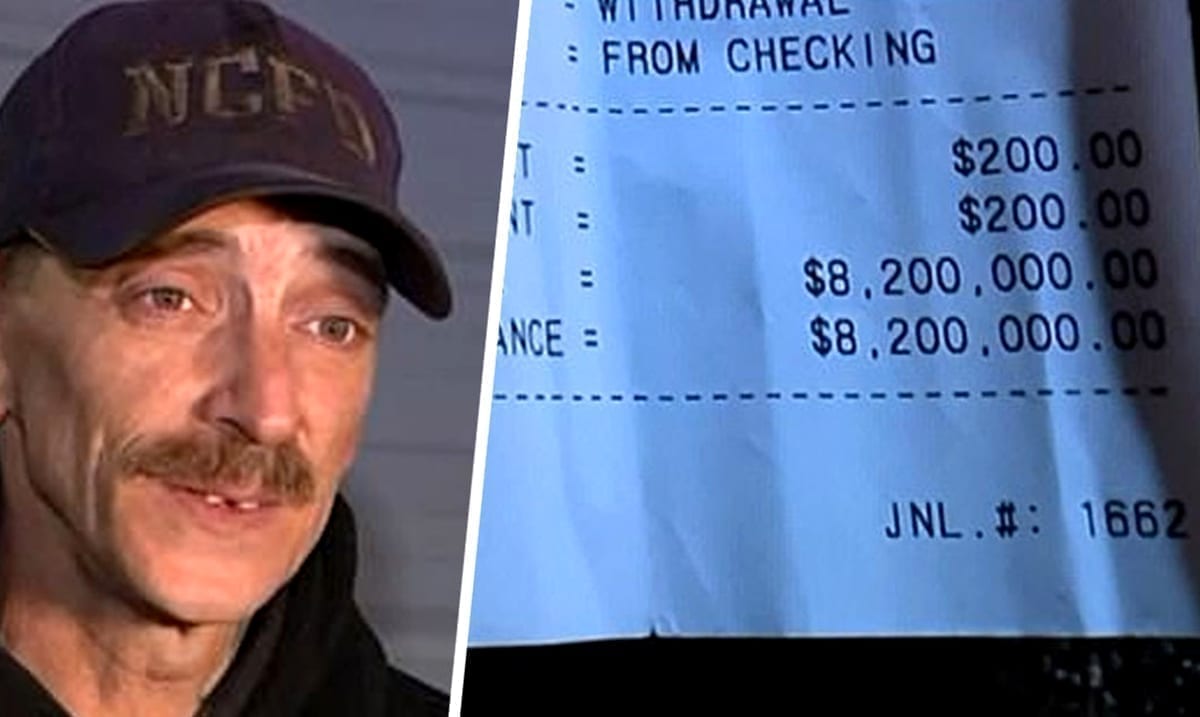 By Gerald SinclairApril 16, 2020No Comments

While many of us here in the United States are patiently waiting for our stimulus checks, some people already seem to be getting them as of the past few days. Now, while your average person will get around $1,200 there are some people who will get more based on their dependents and other things of the sort.

Now, even those running the system that sends out these direct deposit stimulus checks or even the paper ones can make mistakes, you would never expect one like this. Sure, this could be a mistake at the bank or something else of the sort but somewhere in all of this, interesting things happened. According to WGN9 a man in Indiana who was expecting $1,700 in stimulus payment actually ended up having millions deposited instead. Yes, you read that correctly the Feds might have accidentally sent him eight million dollars.

As you would expect Charles Calvin that Indiana man who happens to be a volunteer firefighter was extremely shocked. Sure, he was expecting payment but nothing like what he was sent. Sure, most people would assume it was some kind of mix up at the bank but the money was actually in his account, he tried his card more than once to check his balance and it still continued to say the same thing.

Calvin told WGN9 as follows about this mind-blowing mix up:

“I went to the ATM at the Family Express and once I withdrew $200 out of my account I looked at the available balance still left in my account,”

While assuming there was some kind of mistake he didn’t spend the money and instead called his bank but they said they did not see that amount in his checking anymore. This meaning that it was no longer there. That being said, his stimulus money was there. This was in itself definitely some kind of error and for Calvin was kind of sad because as you’d expect no one likes to see that kind of money disappear even if it wasn’t supposed to be there in the first place.

WGN9 reported as follows on the topic:

Now the volunteer firefighter is left wondering if there was some sort of fluke and if taxpayers are receiving way more or less than they should.

“It kind of sucks,” he said. “You go from being a millionaire one second then back to being broke again. But hey, once you’re poor you don’t have anywhere else to go but up.”

Calvin still isn’t sure if this was an error on behalf of the federal government, his bank or the particular ATM he used, but he said he’s just glad he did end up with the amount he was entitled to.

What do you think about this and has something similar ever happened to you before? While I wouldn’t know what to do with that much money it would truly change my life and I’m sure that others would agree. Could you imagine seeing your bank account reflect such large numbers?