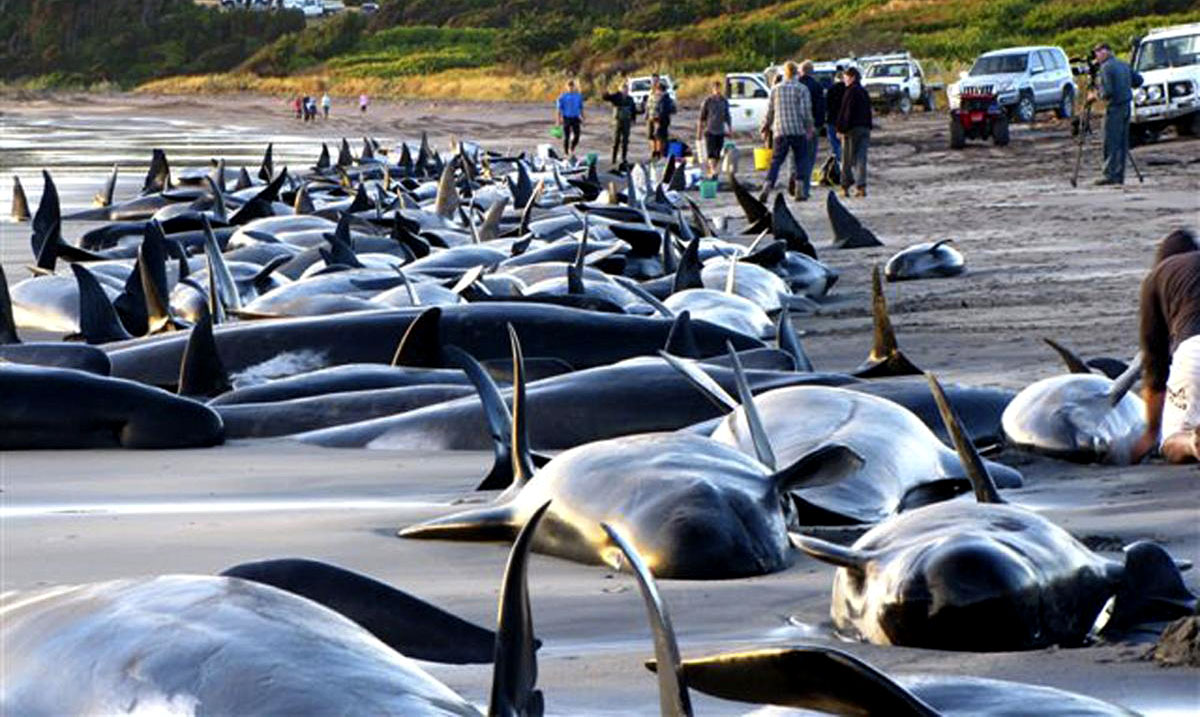 Sure, we are aware that as time passes the decline is getting worse but how much wildlife, in general, has been lost with humanity to blame? Well, with WWF collecting information and doing reports the numbers we’ve managed to find are far more devastating than you might have ever expected.

For those who do not know, the World Wildlife Fund published a report every two years that breaks down how wildlife is maintaining as time passes. This shows how much of the Amazon we’ve lost and the impact we as a whole are having on nature. Right now we are able to view the results from 2018 as a whole and it is truly heartbreaking.

In this report, it is noted that Earth is losing biodiversity at a rate that we cannot ignore. In this report, the WWF collected data on over four thousand species and has continued to do-so as time has passed. Between 1970 and 2014 alone the vertebrate population had declined by up to sixty percent already. It is important to note that only about a quarter of the land on this planet is substantively free of the impacts of human activities and our presence will forever be understated.

One of the things on this report that stood out to me the most this go around was the decline in regards to ocean habitats that they wrote as follows on:

Billions of people worldwide – especially the world’s poorest- rely on healthy oceans to provide livelihoods, jobs and food and the range of goods and services that flow from coastal and marine environments. The FAO estimates that fisheries and aquaculture alone assure the livelihoods of 10-12% of the world’s population, and 4.3 billion people are reliant on fish (including freshwater) for 15% of their animal protein intake 60. Nearly 200 million people depend on coral reefs to protect them from storm surges and waves.

However, some of the key habitats that underpin ocean health and productivity are in steep decline. Coral reefs support more than a quarter of marine life but the world has already lost about half of its shallow water corals in only 30 years. If current trends continue, up to 90% of the world’s coral reefs might be gone by midcentury.

The implications of this for the planet and all of humanity are vast. What is widely recognized as a crisis for biodiversity also risks becoming a major humanitarian challenge, particularly for coastal areas in South East Asia, Melanesia, Coastal East Africa and the Caribbean where there is strong dependence of communities on marine resources for food and livelihoods.

There are millions of people in this world who rely on coral reefs to protect them from things like storm surges and as these changes occur by the time mid-century rolls around almost all of these reefs might be gone completely. Animals are not the only ones who benefit from these reefs and I believe that is something many are struggling to truly grasp.

As the decades pass human activity continues to severely impact the natural resources wildlife, as well as humanity, depend on. We are damning our reefs, forests, wetlands, and so much more all for what? In the past 50 years, we have lost at least twenty percent of the Amazon and that number is only going to grow. We need serious change and our home planet needs more protection from us.

In regards to this report, WWF wrote as follows on their website and it is something we should all take to heart:

“From rivers and rainforests to mangroves and mountainsides, across the planet, our work shows that wildlife abundance has declined dramatically since 1970. The statistics are scary, but all hope is not lost. We have an opportunity to design a new path forward that allows us to co-exist sustainably with the wildlife we depend upon. Our report sets out an ambitious agenda for change. We are going to need your help to achieve it,” said Prof. Ken Norris, Director of Science at the Zoological Society of London (ZSL), the organization responsible for providing the LPI.

The Living Planet Report 2018 also focuses on the value of nature to people’s health and that of our societies and economies. Globally, nature provides services worth around $125 trillion a year, while also helping ensure the supply of fresh air, clean water, food, energy, medicines and more.

Evidence shows that the two agendas for the environment and human development must converge if we are to build a sustainable future for all. The Living Planet Report 2018 highlights the opportunity the global community has to protect and restore nature leading up to 2020, a critical year when leaders are expected to review the progress made on landmark multilateral pacts to solve global challenges including the Sustainable Development Goals, the Paris Climate Agreement and the Convention on Biological Diversity (CBD).

Hope is not lost, but urgent action is needed. Recent population increases in giant pandas, mountain gorillas and the critically endangered dolphins of the Mekong River show that sustained conservation efforts work. National-level action like the US Endangered Species Act – which since enacted in 1973 has helped an estimated 99 percent of listed species avoid extinction – demonstrate what is possible when wildlife conservation and biodiversity are prioritized. A global deal for nature, similar to the Paris Climate Agreement, can ensure that effective conservation methods continue, and more ambitious goals are set.

While these numbers and statistics can be scary they are something more people need to be aware of. To see this report for yourself click here. You might just be one person but one person is all it takes to spark change. How do you feel about all of the things this report covers?